About Protecting Your Kids

About Protecting Your Kids 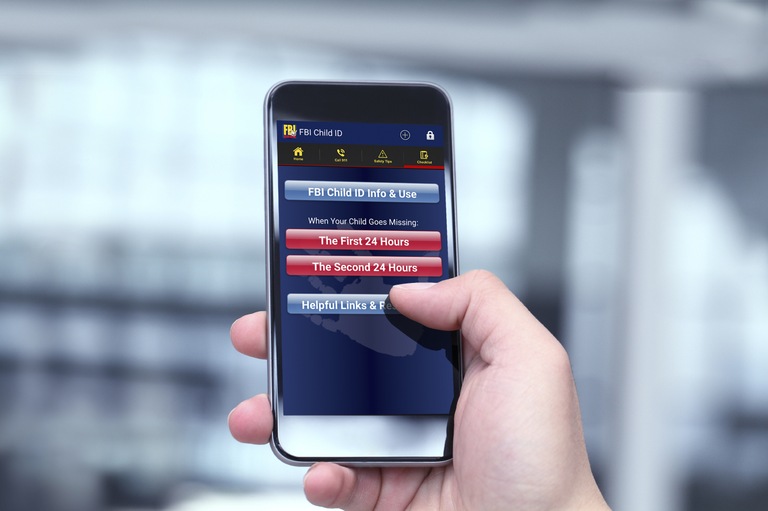 Get advice and information to help protect your children from dangers lurking in both the online and offline worlds. Learn how to contact us and report child abductions and sexual exploitation.

If your child has been kidnapped or harmed, immediately contact your local FBI field office or the closest international office.

In 1932, Congress gave the FBI jurisdiction to immediately investigate any reported mysterious disappearance or kidnapping involving a child of “tender age”—usually 12 or younger. And just to be clear, before we get involved, there does not have to be a ransom demand and the child does not have to cross state lines or be missing for 24 hours.

Tips for Parents: The Truth About Club Drugs

“Raves” are high energy, all-night dances that feature hard pounding techno-music and flashing laser lights. Raves are found in most metropolitan areas and, increasingly, in rural areas throughout the country. The parties are held in permanent dance clubs, abandoned warehouses, open fields, or empty buildings.

Raves are frequently advertised as “alcohol free” parties with hired security personnel. Internet sites often advertise these events as “safe” and “drug free.” However, they are dangerously over crowded parties where your child can be exposed to rampant drug use and a high-crime environment. Numerous overdoses are documented at these events.

Raves are one of the most popular venues where club drugs are distributed. Club drugs include MDMA (more commonly known as “Ecstasy”), GHB and Rohypnol (also known as the “date rape” drugs), Ketamine, Methamphetamine (also known as “Meth”), and LSD.

Because some club drugs are colorless, odorless, and tasteless, they can be added without detection to beverages by individuals who want to intoxicate or sedate others in order to commit sexual assaults.

Cool down rooms are provided, usually at a cost, as a place to cool off due to increased body temperature of the drug user.

Don’t risk your child’s health and safety. Ask questions about where he or she is going and see it for yourself.

What Are Club Drugs?

An amphetamine-based, hallucinogenic type drug that is taken orally, usually in a tablet or capsule form.

A central nervous system depressant that is usually ingested in liquid, powder, tablet, and capsule forms.

A central nervous system stimulant, often found in pill, capsule, or powder form, that can be snorted, injected, or smoked.

An injectable anesthetic used primarily by veterinarians, found either in liquid form or as a white powder that can be snorted or smoked, sometimes with marijuana.

Tasteless and odorless sedative, easily soluble in carbonated beverages, with toxic effects that are aggravated by concurrent use of alcohol.

Hallucinogen that causes distortions in sensory perception, usually taken orally either in tablet or capsule form. Often sold on blotter paper that has been saturated with the drug.

Effects of stimulant club drugs, such as MDMA and Methamphetamine:

Effects of sedative/hallucinogenic club drugs, such as GHB, Ketamine, LSD, and Rohypnol:

Effects common to all club drugs can include anxiety, panic, depression, euphoria, loss of memory, hallucinations, and psychotic behavior. Drugs, traces of drugs, and drug paraphernalia are direct evidence of drug abuse. Pacifiers, menthol inhalers, surgical masks, and other such items could also be considered indicators.

Where Do You Go for Help?

If you suspect your child is abusing drugs, monitor behavior carefully. Confirm with a trustworthy adult where your child is going and what he or she is doing. Enforce strict curfews. If you have evidence of club drug use, approach your child when he or she is sober, and if necessary, call on other family members and friends to support you in the confrontation.

Once the problem is confirmed, seek the help of professionals. If the person is under the influence of drugs and immediate intervention is necessary, consider medical assistance. Doctors, hospital substance programs, school counselors, the county mental health society, members of the clergy, organizations such as Narcotics Anonymous, and rape counseling centers stand ready and waiting to provide information and intervention assistance.

Dangers for Kids in Cyberspace

Even with its post-9/11 national security responsibilities, the FBI continues to play a key role in combating violent crime in big cities and local communities across the United States.

The Bureau concentrates on crime problems that pose major threats to American society. Significant violent crime incidents such as mass…

Cyberbullying happens when kids bully each other through electronic technology. Find out why cyberbullying is different from traditional bullying, what you can do to prevent it, and how you can report it when it happens.

Social networking sites are websites that encourage people to post profiles of themselves—complete with pictures, interests, and even journals—so they can meet like-minded friends. Most also offer chat rooms. Most sites are free; some restrict membership by age.

These sites can be appealing to child sexual predators, too: all that easy and immediate access to information on potential victims. Even worse, kids want to look cool, so they sometimes post suggestive photos of themselves on the sites.

How pervasive is the problem? Even with all the media attention on the dangers of social networking, we still receive hundreds of complaints per year about children who have been victims of criminal incidents on social networks. These incidents include but are not limited to:

Social networking websites often ask users to post a profile with their age, gender, hobbies, and interests. While these profiles help kids connect and share common interests, individuals who want to victimize kids can use those online profiles to search for potential victims. Kids sometimes compete to see who has the greatest number of contacts and will add new people to their lists even if they do not know them in real life.

Children often don’t realize that they cannot “take back” the online text and images they post. They may not know that individuals with access to this information can save and forward these postings to an unlimited number of users. Kids also may not realize the potential ramifications of their online activities. They can face consequences for posting harmful, explicit, dangerous, or demeaning information online, including being humiliated in front of their families and peers, suspended from school, charged criminally, and denied employment or entry into schools.

What can you do to keep your children safe, especially if they are visiting networking sites?

Most importantly, be aware and involved:

Learn to recognize the warning signs of gang involvement and get advice on bullying and other issues through the U.S. Department of Justice Gang Toolkit. Visit the FBI’s Violent Gangs website for more information on the gang threat and anti-gang resources.

The FBI's Child ID App provides parents with an easy way to electronically store their children’s pictures and vital information to have on hand in case their kids go missing.

The application, which works on most Apple and Android smartphones and tablets, allows users to store up-to-date images and physical descriptions—like height, weight, birthmarks, etc.—that could help responders in the event of an emergency. The information is stored only on your device—not with your mobile provider or the FBI…

The FBI-SOS program is a nationwide initiative designed to educate children in 3rd to 8th grades about the dangers they face on the Internet and to help prevent crimes against children. It promotes cyber citizenship among students by engaging them in a fun, age-appropriate, competitive online program where they learn how to safely and responsibly use the Internet. The program emphasizes the importance of cyber safety topics such as password security, smart surfing habits, and the safeguarding of personal information. FBI-SOS includes a national competition for schools (registration required), but the website can also be used by parents and their children.

The National Sex Offender Public Website enables every citizen to search the latest information from all 50 states, the District of Columbia, Puerto Rico, Guam, and numerous Indian tribes for the identity and location of known sex offenders.

The National Center for Missing & Exploited Children® opened in 1984 to serve as the nation’s clearinghouse on issues related to missing and sexually exploited children. Today NCMEC is authorized by Congress to perform 22 programs and services to assist law enforcement, families and the professionals who serve them.

For more information, visit the The National Center for Missing & Exploited Children website.