The FBI is seeking to identify potential victims of Dr. Devendra I. Patel—a Nevada cardiologist with a medical practice in Elko called Northeastern Nevada Cardiology—who was arrested on charges of health care fraud and unlawful distribution of prescription opioids.

According to a 39-count indictment unsealed on December 12, 2017, it is alleged that from May 2014 to September 2017, Patel routinely prescribed fentanyl, hydrocodone, and oxycodone for his patients without a legitimate medical purpose and that he fraudulently billed Medicare and Medicaid for medical tests that he did not perform. The indictment alleges that Patel performed EKGs on his patients so he could then order nuclear stress tests which he did not administer. He also allegedly used a poorly calibrated machine and presented his patients with fraudulent X-Rays in order to deceive them into thinking they had coronary issues that needed to be treated by him.

If you were a patient of Dr. Patel between May 2014 and September 2017 and believe you may have been affected by his alleged crimes, would like to speak with law enforcement, and/or would like to obtain your medical records from Patel’s practice, please contact the FBI via e-mail at ElkoMDVictims@fbi.gov.

The FBI is legally mandated to identify victims of federal crimes that it investigates and provide these victims with information, assistance services, and resources. 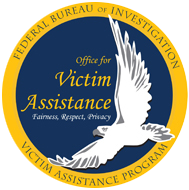