Still in the Fight

Still in the Fight

Although set up as a friendly training and networking event, the Marines and FBI National Academy students who gathered at the field house of the FBI Training Academy—which is situated on the Marine Corps Base in Quantico, Virginia—on May 22, 2019, were put through their paces.

Divided into groups, they rotated through six grueling stations of high-intensity exercise, including pull-ups, kettlebell carries, weighted sled pulls, and a high-stakes memory game that had participants holding a six-minute plank as their teammates tried to match game pieces—push-ups were doled out as a penalty for failing to find a matching pair.

The remarkable display of strength, endurance, teamwork, and grit was made even more remarkable by the Marines who participated. As members of the Wounded Warrior Regiment, each had suffered an injury or illness in the line of duty and was working through a process of recovery.

“When a Marine has injuries—combat related or non-combat related—that require medical treatment beyond six months, they will be assigned to the Wounded Warrior Regiment,” said Marc Savine, director of the Marine Corps’ Warrior Athlete Reconditioning Program. “About 90 percent of those Marines will transition out of the service due to the nature of their injuries.” 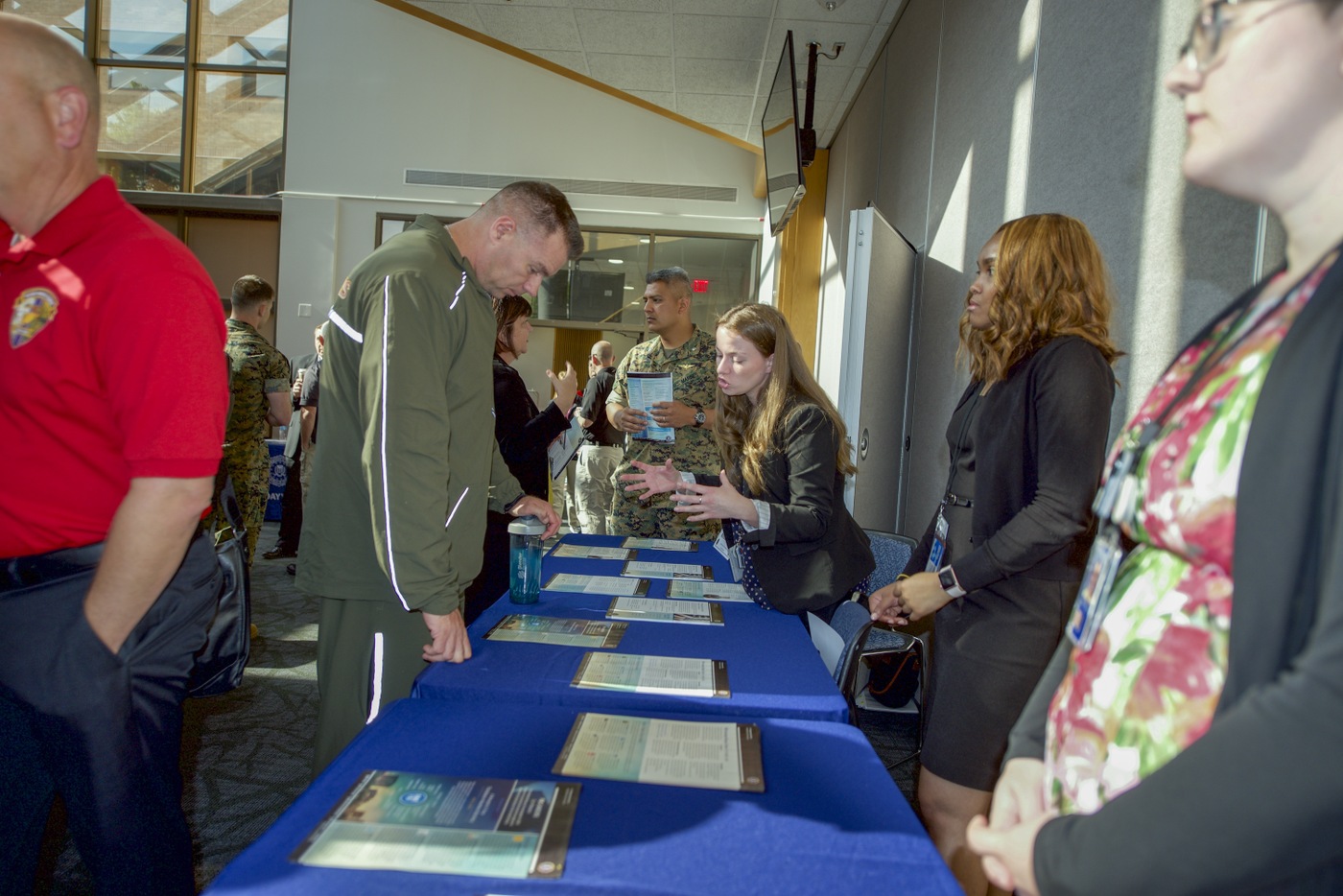 Members of the Wounded Warrior Regiment spoke with recruiters and agency representatives at a career fair at the FBI Training Academy in Quantico, Virginia.

Held on their shared land in Quantico, the event was designed to celebrate the partnership and common values of the FBI and the Marine Corps while exposing members of the Wounded Warrior Regiment to career opportunities in law enforcement and national security agencies.

The career fair was followed by the joint physical training event, where the Marines worked out with members of the current FBI National Academy class and FBI agents and staff. The FBI National Academy is a leadership training program for current law enforcement officers from the United States and abroad.

The idea for the event came from Savine’s experience with both organizations. He joined the Marine Corps as a civilian after a 22-year career with the FBI, and he saw a natural fit between the groups.

“The Marines in the Wounded Warrior Regiment—the Marines in general—bring a great deal of skill to the civilian work force,” said Savine. “They are ideal employees, ideal candidates for jobs in the national security agencies.”

“We have recovering service members who come from all types of backgrounds,” said Captain Monica Witt, a communication strategy and operations officer with the Wounded Warrior Regiment. “We try to find opportunities for them to help with the transition out of the Marine Corps—whether that’s within the next six months or in the next five years.” 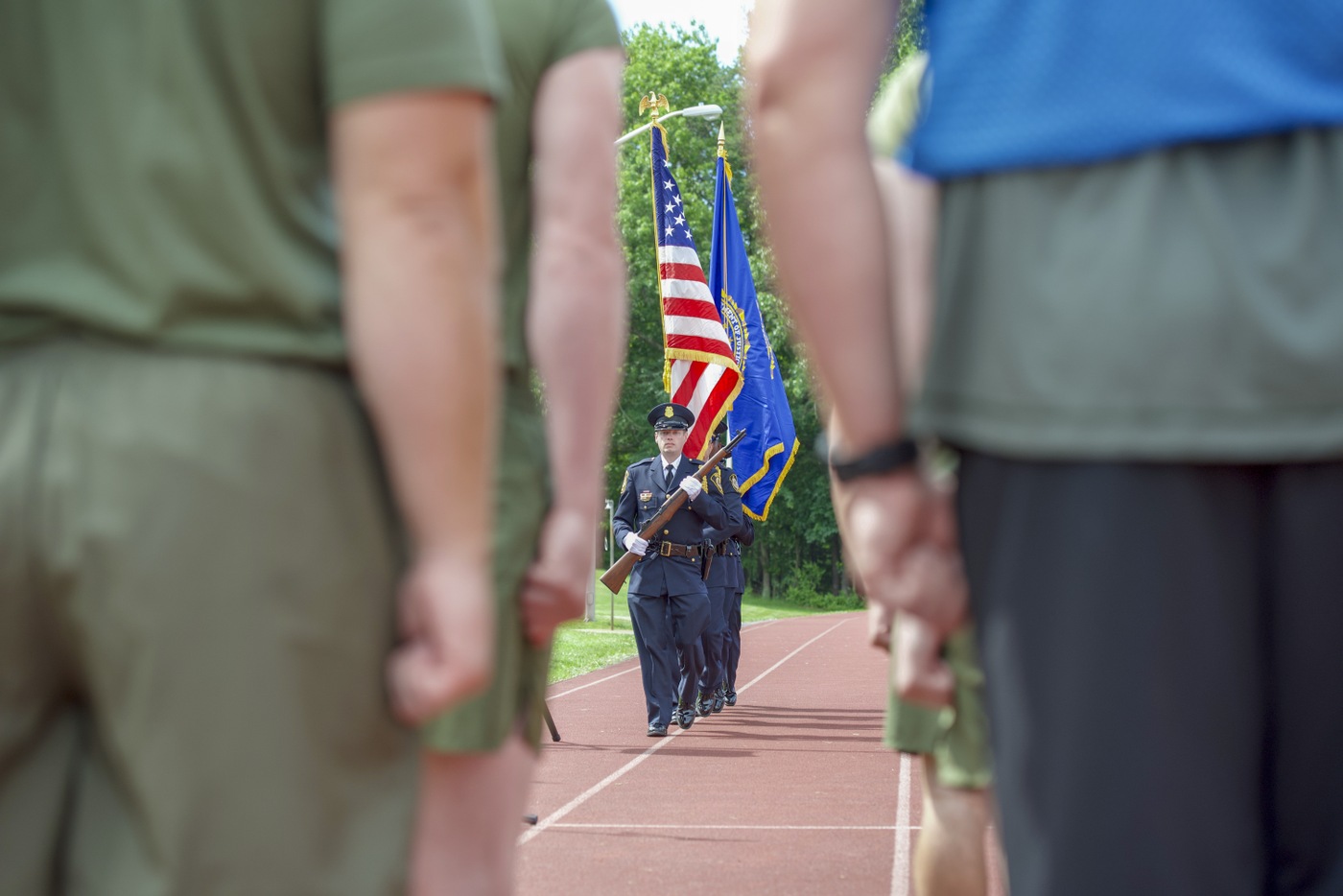 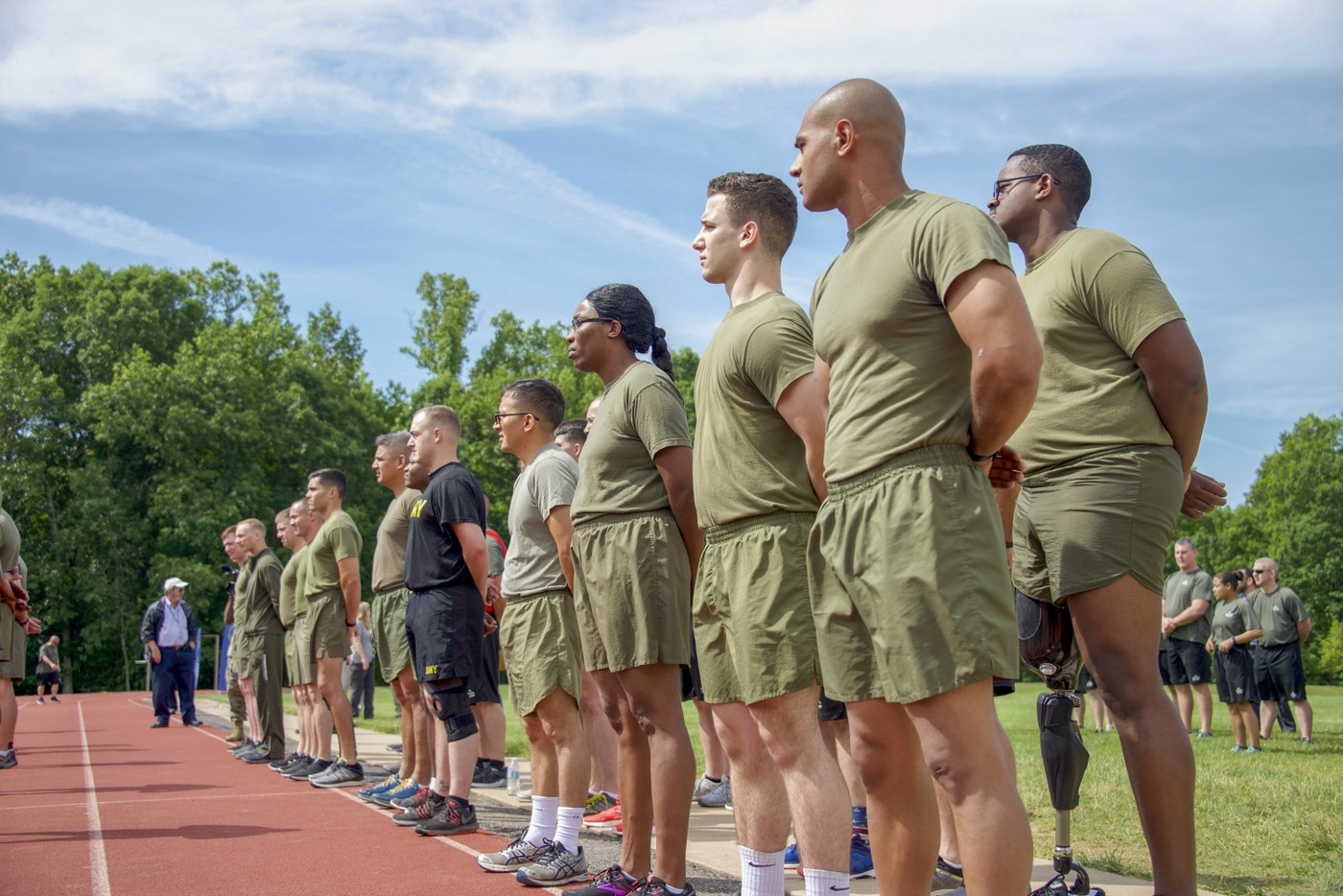 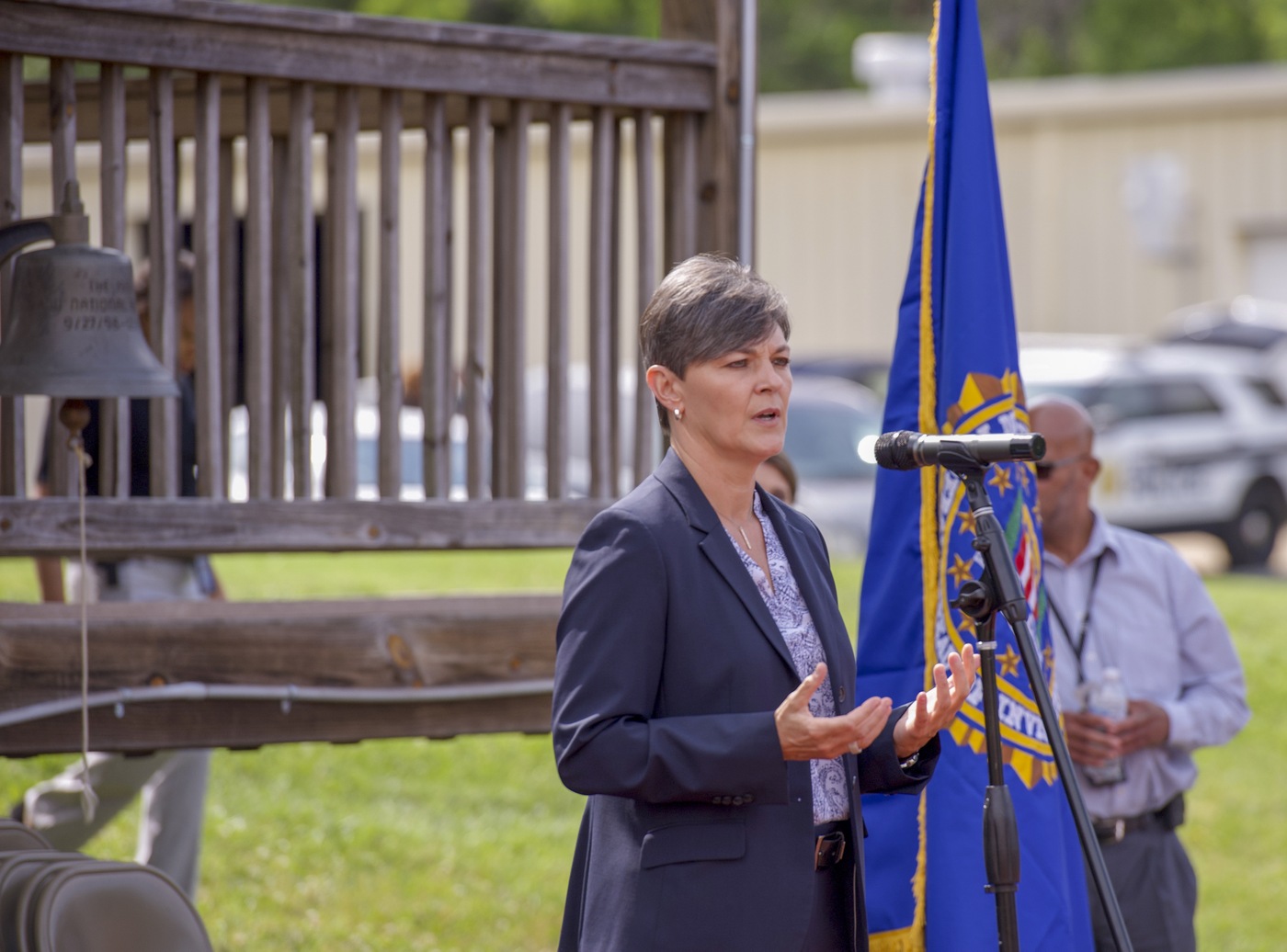 Marines and members of the FBI National Academy class are welcomed by FBI Training Division Deputy Assistant Director Renae McDermott and stand at attention for the presentation of the colors by the FBI Police Color Guard.

The participants—from both the FBI and the Marines—reached the end of the event tired but energized as they shook hands with those they had connected and toiled with over the course of the morning.

“The best part of coming out here and working with the FBI was just the camaraderie and them pushing me to do better,” said Corporal Carlos Jimenez of Wounded Warrior Regiment Battalion-East.

Ultimately, it was a day focused on what’s possible and what’s ahead.

“I’ve learned from Wounded Warrior Battalion that just because you’re injured it doesn’t necessarily mean you’re not still able to be in the fight,” said Gunnery Sergeant Donald Dansby, who has served in the Marine Corps for 19 years. “Even if that does mean I transition to a civilian entity, I can still contribute.” 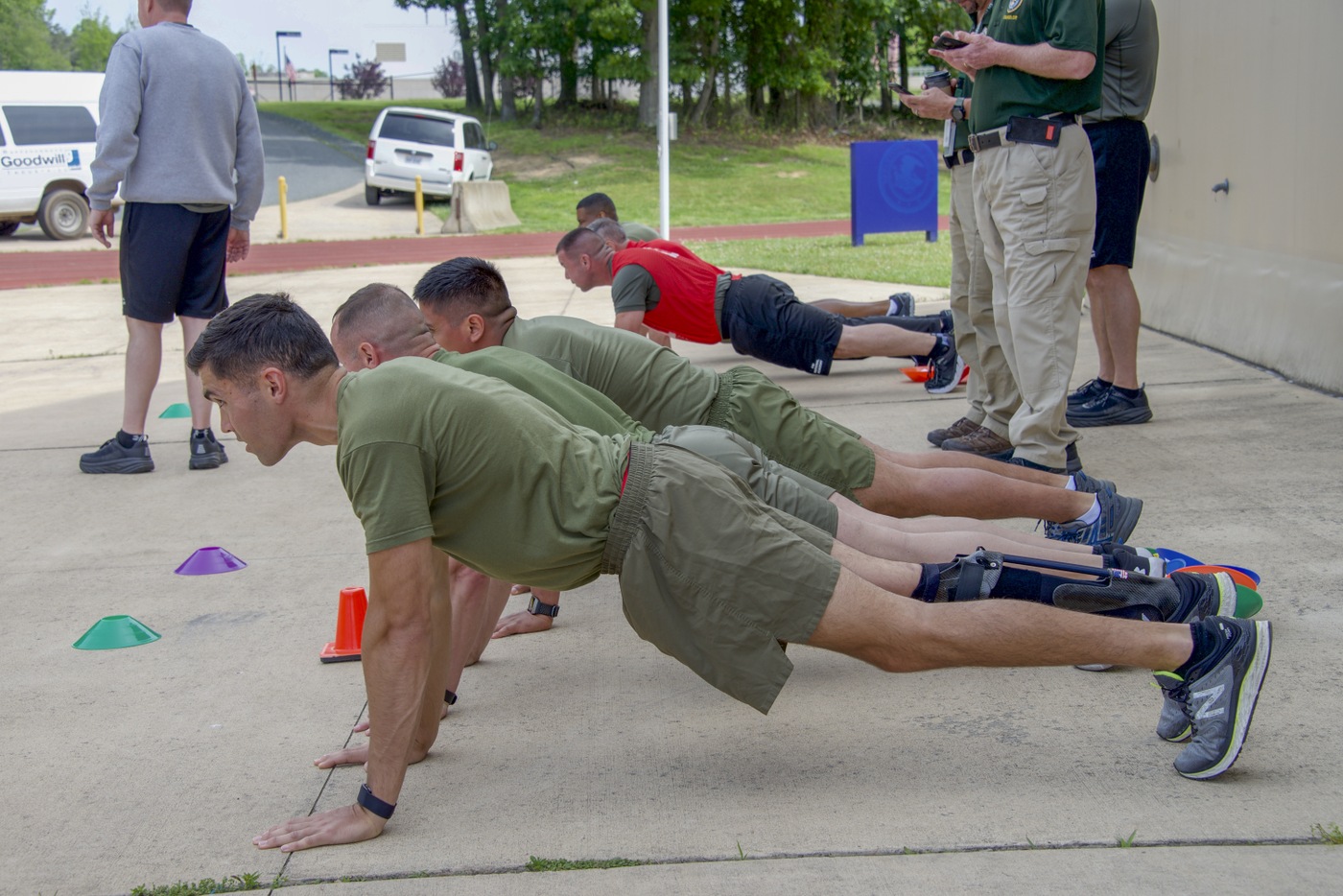 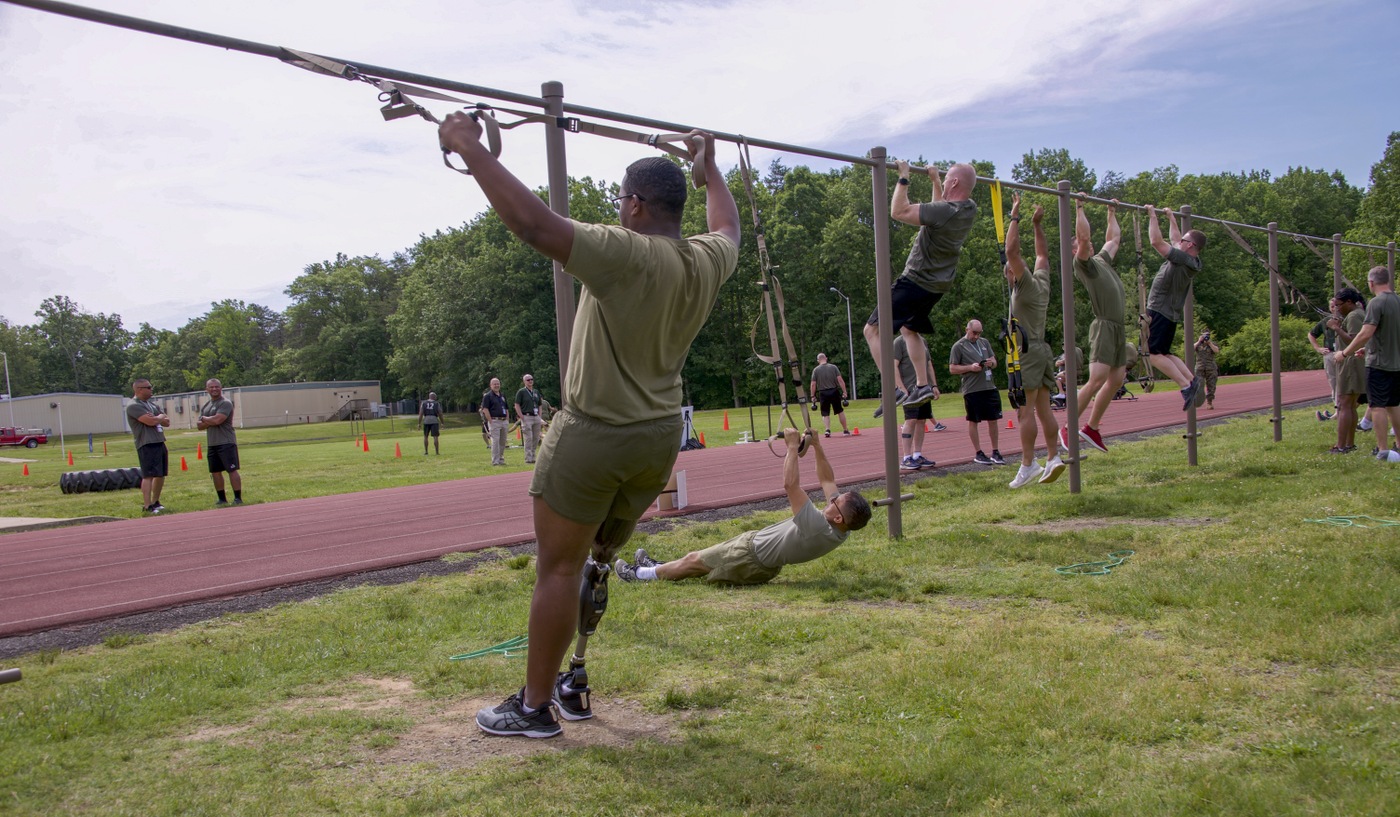 The Wounded Warrior Regiment rotated through a grueling training circuit alongside members of the FBI National Academy class and FBI and Marine personnel. 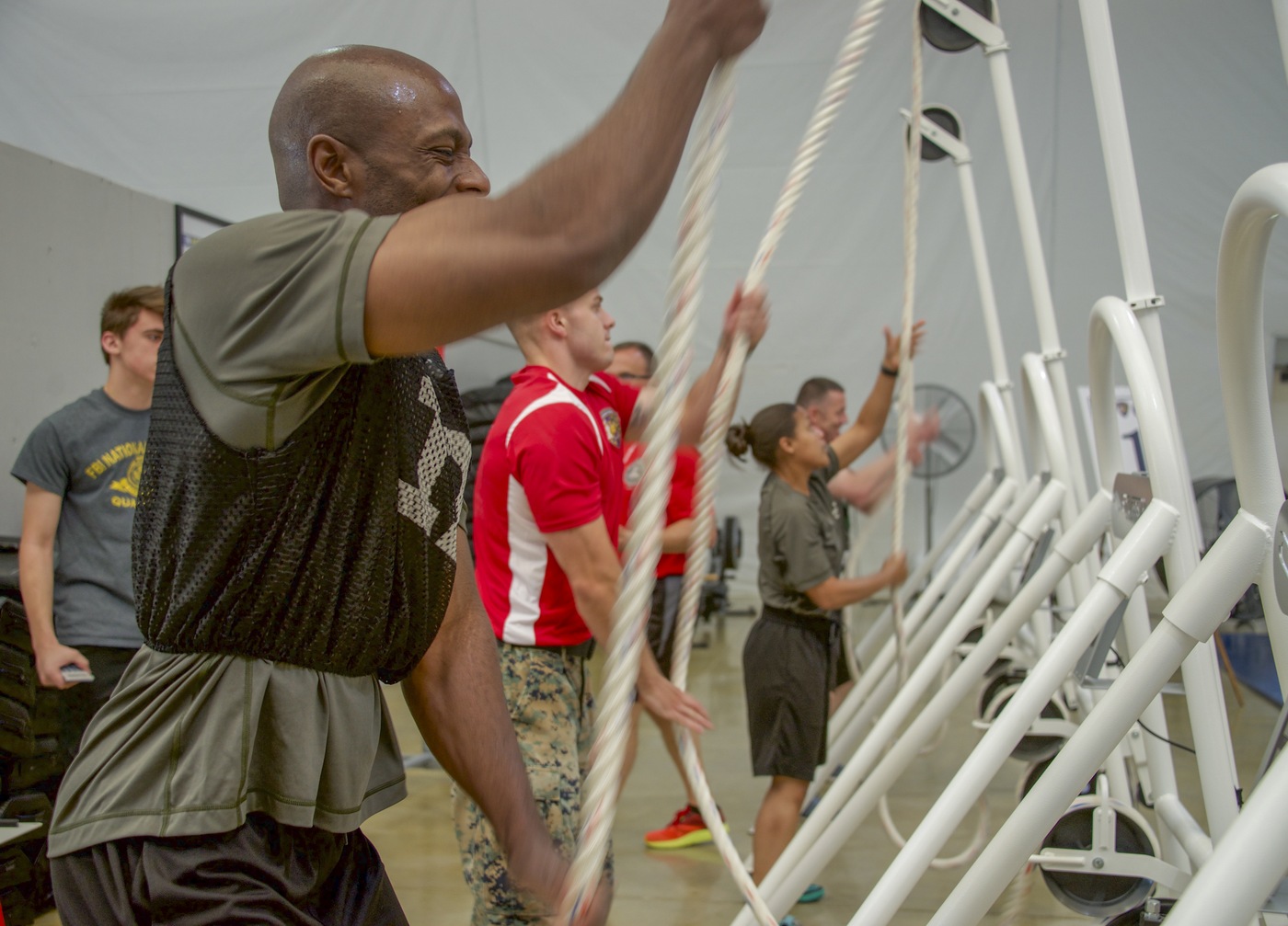 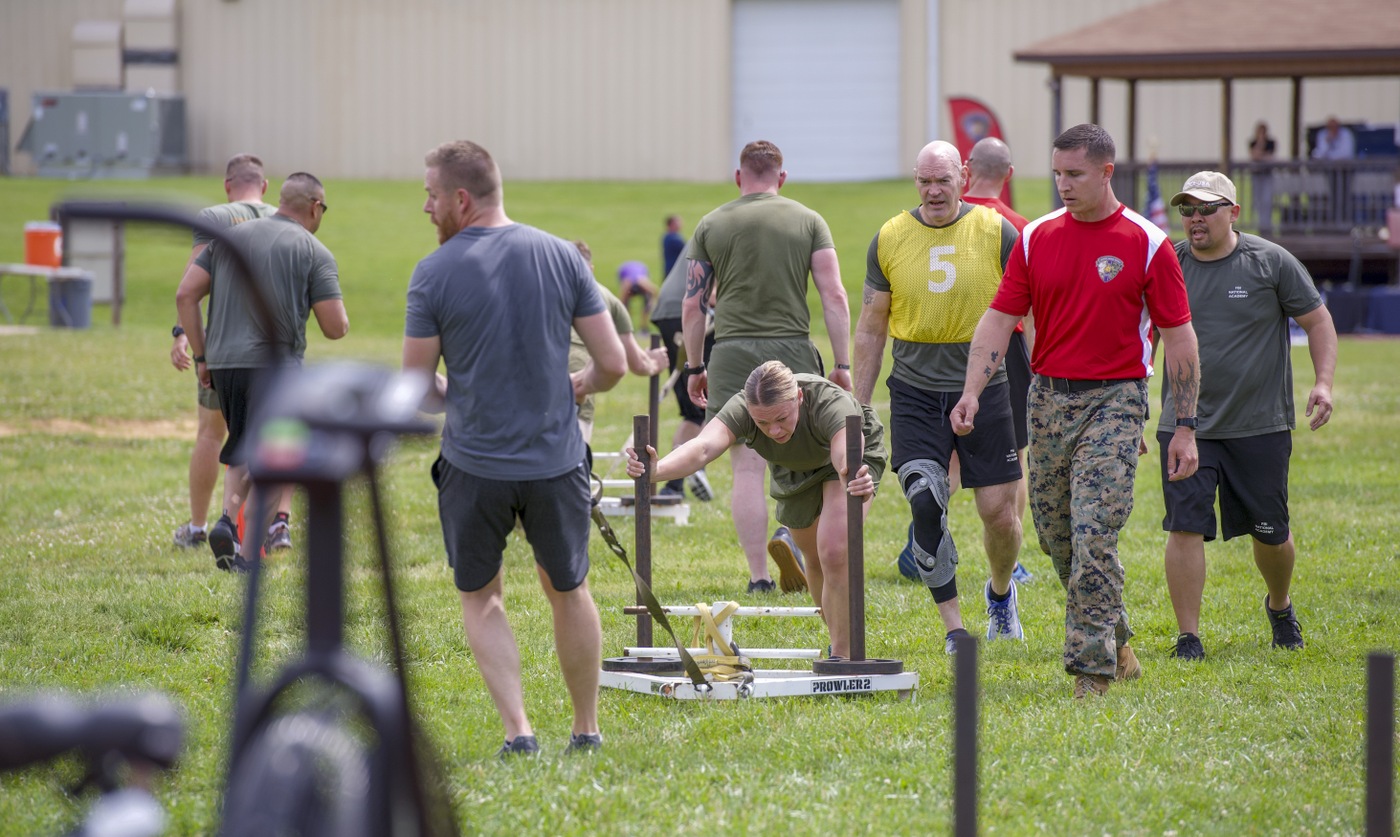 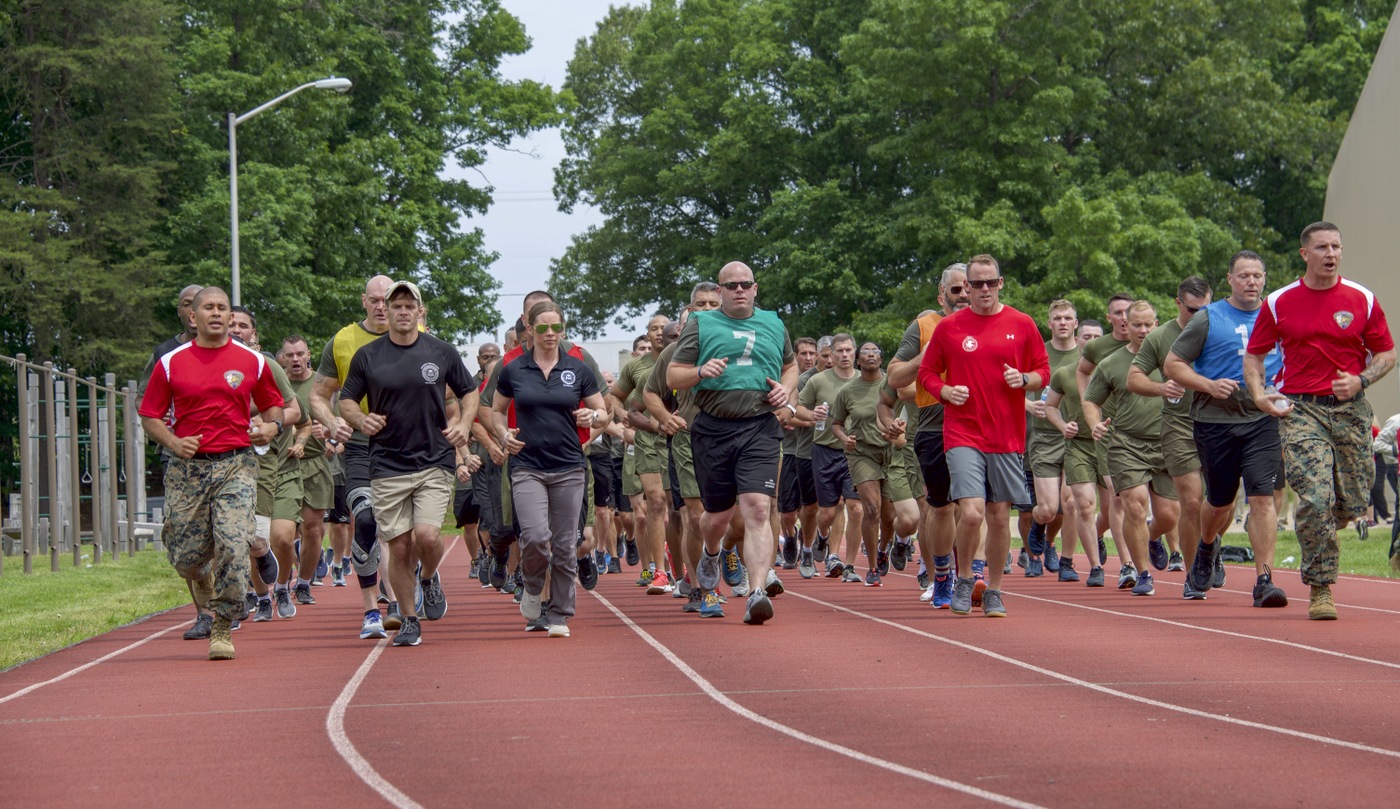 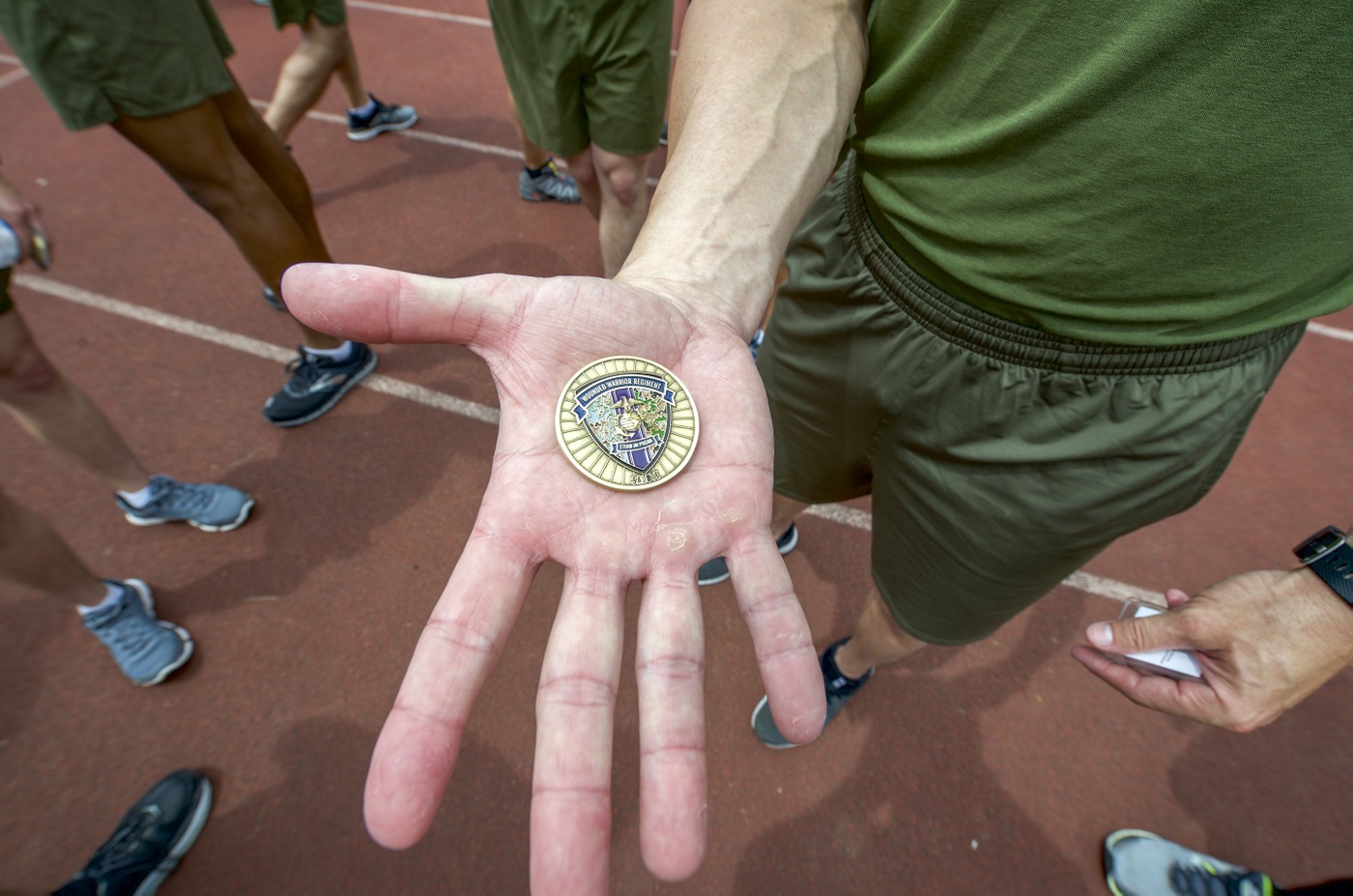 A tough but uplifting morning ends with a formation run around the FBI track and the presentation of challenge coins to participants.

Eugene Palmer, wanted for allegedly killing his daughter-in-law outside her home in Stony Point, New York, has been added to the FBI’s Ten Most Wanted Fugitives list.

In recognition of National Missing Children’s Day—observed annually on May 25—the FBI reaffirms its year-round commitment to reuniting missing and kidnapped children with their families and asks the public for help in bringing them home.