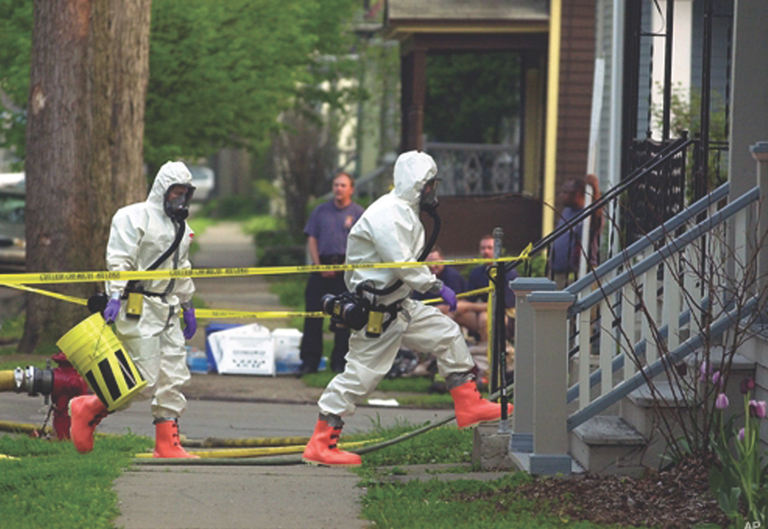 Five years ago this week, the FBI established its first Weapons of Mass Destruction (WMD) Directorate to centralize and coordinate all WMD-related investigative activities, intelligence analysis capabilities, and technical expertise from across the Bureau. Recently, FBI.gov spoke with Dr. Vahid Majidi—the head of the WMD Directorate since its launch—on his office’s work over the past five years. Today, he talks about the current threat and specific focus of the directorate. Later this week, he’ll discuss case examples, lessons learned, and the future of the directorate.

Q. Why was the directorate created?

Dr. Majidi: The FBI has been in the WMD business for quite some time, more formally since 1995 when we created a program in our Counterterrorism Division to address the WMD threat. But obviously, a lot has happened in recent years. And it became clear that our WMD response crossed operational lines and also involved our counterintelligence, criminal, and cyber programs—not to mention the response and forensics expertise in the FBI Laboratory and the render-safe capabilities of our Critical Incident Response Group. We needed a single force to coordinate all of our WMD activities. The directorate gives us that.

Q. What does the WMD threat look like today?

Dr. Majidi: The nature of the threat hasn’t changed all that much over the past decade. International terrorist groups are still determined to get their hands on various forms of weapons of mass destruction—chemical, biological, radiological, and nuclear. Organizations and nation states still want material and expertise for their own programs. And certain domestic groups are still trying to acquire materials needed for basic WMD applications—predominately chemical or biological in nature.

Q. What about all those white powder letters?

Dr. Majidi: Most turn out to be hoaxes, and they require a lot of investigative resources, but we have to investigate each and every incident. You never know when one of them will be real.

Q. Can you briefly explain how the WMD Directorate works?

Dr. Majidi: Absolutely. The main focus of our WMD Directorate—and the primary focus of our overall efforts—is prevention, to keep a WMD attack from ever taking place. To make that happen, we have several closely integrated activities that pull together resources from various parts of the FBI. Our countermeasures and preventions group includes a full spectrum of activities, from WMD training for domestic and international law enforcement partners…to outreach efforts to academia, industry, government, and retailers to help them spot indicators of potential WMD activity…to working with our government partners to formulate sound policies. The investigations and operations group addresses threatened or actual use of weapons of mass destruction, or the transfer of materials, knowledge, and technology needed to create a WMD. We also can and do collect evidence in contaminated areas, disarm hazardous devices, and provide command and control support in on-scene activities. Finally, our intelligence and analysis group serves as the foundation of our proactive approach to threats. Our analysts sort through data to identify relevant WMD information, and our agents work to identify sources of valuable intelligence. And because we are part of the intelligence community, we share information routinely with our partners. Through it all, we have a lot of activities and capabilities in play, and I think we’re making a real difference.

Interview continues with Dr. Vahid Majidi of our Weapons of Mass Destruction Directorate.