It has been nearly 10 years since a killer stood outside the Seattle home of Tom Wales and fired several shots from a handgun through a basement window, killing the assistant U.S. attorney and father of two while he worked at his desk.

Since that time, the FBI and our law enforcement partners have dedicated themselves to finding those responsible for the murder. Now, as the 10th anniversary of the killing approaches on October 11, we are announcing a new media campaign to again ask for the public’s assistance.

“This is an active case in which we are constantly and aggressively pursuing leads,” said Greg Fowler, the FBI inspector in charge of the task force investigating the murder. “Information is the key,” Fowler added, “and the better the information, the greater the chance of finding those responsible.”

Wales, a prosecutor who specialized in white-collar crime cases, was shot at 10:40 p.m. It has been reported that a lone male suspect was observed leaving the scene.

We Need Your Help

Please contact the FBI is you have any information about this case. No piece of information is too small, and your tip may help bring justice on this case and closure for the family of Tom Wales. If your information leads to the arrest and conviction of those responsible for the murder of AUSA Wales, you will be eligible for the reward of up to $1 million.

If you have any information about the case, there are three ways you can contact the FBI, all of which are confidential and can also be anonymous:

During the next few weeks, residents in the Seattle region will see and hear a variety of print, broadcast, and billboard advertisements regarding the Wales investigation and the reward of up to $1 million for information leading to the arrest and conviction of those responsible. In addition, detailed information about the case will be available on our website and our social media outlets, including Facebook.

“There are those who may not even know their information is important,” Fowler said, explaining the need for the media campaign. “Something seen, something heard, something out of place, something unusual—even the smallest clue may help.”

Special Agent Russ Fox, who has been supervising the investigation for the past two years, added that the 10th anniversary of the murder is a natural point to “renew the public’s interest in the investigation.” Fox noted that the murder took place exactly one month after the 9/11 terrorist attacks, which should help people remember that time period.

Insight Into a Killer 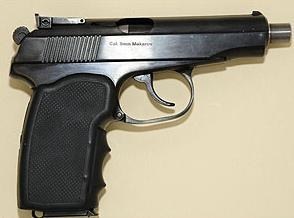 As part of the Wales homicide investigation, the Bureau asked its Behavioral Analysis Unit (BAU) to review the evidence to help understand the personality of the killer and the ways he might react as the 10th anniversary of the murder approaches.

Left: (About the murder weapon (PDF) “The anniversary and renewed media attention could prompt a reaction in anyone involved in the homicide,” said Susan Kossler, the BAU special agent assigned to assist with the case. “It’s important for people around that person to make note of behaviors that may be unusual or out of the ordinary.”

The media coverage surrounding the anniversary could trigger a variety of emotional responses from the killer, Kossler said. “He may appear tense or uneasy. He may make unexpected or inappropriate comments about the murder or about Wales.”

The killer might be preoccupied with the case and want to talk about it constantly. Or the very mention of the murder might make him shut down completely. “Any stronger than normal reaction, any significant deviation from the norm is what people should be looking for,” Kossler said.

Fox acknowledged that the case has special significance because Wales was a federal prosecutor and a partner to law enforcement. “But he was also a neighbor, a father, and a member of our community.”

“The murder of Tom Wales was more than a single act of violence against an individual,” Fowler added. “It was a crime that impacted many, but no one more than his family. Tom Wales left behind a legacy and a life that cannot be replaced. We remain confident that, with the public’s help, we will find those responsible and bring them to justice.”

If you have any information about the case, there are three ways you can contact the FBI, all of which are confidential:

Illegal Use of Laser Pointers a Serious Crime

A St. Louis man's arrest for pointing a laser at aircraft reveals dangers to flight crews.