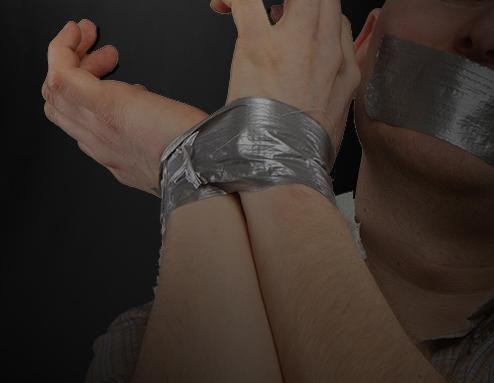 The Dominican street gang in Lawrence, Massachusetts must have thought they had the perfect illegal enterprise: kidnap drug dealers, bookmakers, and money launderers, steal their cash and drugs, and then hold them for ransom—knowing that since the victims were themselves criminals, they and their families would likely never report the abductions.

The gang members—known as joloperros, or stick-up guys—were organized, armed, and violent: They often tortured their victims, sometimes with hot irons.

“They targeted anyone they thought they could make large sums of money from,” said Special Agent Jeff Wood, coordinator of the North Shore Gang Task Force, one of the FBI’s three Safe Streets Task Forces in Massachusetts.

The kidnappings began around 2010 in and around Lawrence, a largely Hispanic city and gang stronghold located about 20 miles north of Boston. The North Shore Gang Task Force—made up of the FBI, the Massachusetts State Police, the Lawrence Police Department, the Massachusetts Department of Corrections, and other local law enforcement agencies—worked with the Drug Enforcement Agency to build a case against the crew.

“The victims and their families would not report the crimes,” Wood said, “because they didn’t want to admit that, yes, they were selling drugs or laundering money. And some of the victims were in the country illegally.”

“They weren’t targeting street-level dealers, but rather suppliers,” Wood said. Some of the victims were selling multiple kilos of heroin and cocaine on a monthly basis.

When the actual abductions took place, the crew would grab the victim, duct tape his hands, and put a cover over his head. Victims were taken to safe houses, where they were often tortured, and large ransoms were demanded from their families.

“When we got word of a kidnapping, we would go to the family and they wouldn’t cooperate,” Wood said. But over time, using a variety of investigative techniques such as confidential sources, controlled drug buys, and other means, most of the crew was dismantled.

Last month, after previously pleading guilty to a violent 2012 kidnapping in which a $100,000 ransom was demanded, Edgar Acevedo was sentenced to 16 years in prison.

Since the task force investigation began more than two years ago, approximately 20 individuals have been charged in federal court—including some of the gang’s leaders—with kidnapping-related offenses or for crimes associated with the Lawrence-based kidnapping crews. To date, nine people have pled guilty to conspiracy to commit kidnapping, and four others have pled guilty to firearm-related offenses. Several joloperros are awaiting trial.

“At one point, these kidnapping crews had a very large presence in Lawrence,” Wood said, “but their presence has decreased dramatically thanks to law enforcement intervention.” He noted that many people associate violent gangs with Los Angeles or the Southwest Border, “but gangs are just as violent and just as dangerous in upstate Maine as they are in Los Angeles. They lower the quality of life in the community they are operating in, no matter where that community is.”

Director Comey in Florida for the formal naming and dedication of the Benjamin P. Grogan and Jerry L. Dove Federal Building, home of the FBI’s Miami Division.