A Legacy of Crime Brought to an End

Violent Gang Leader in Buffalo Sentenced for Role in Murders 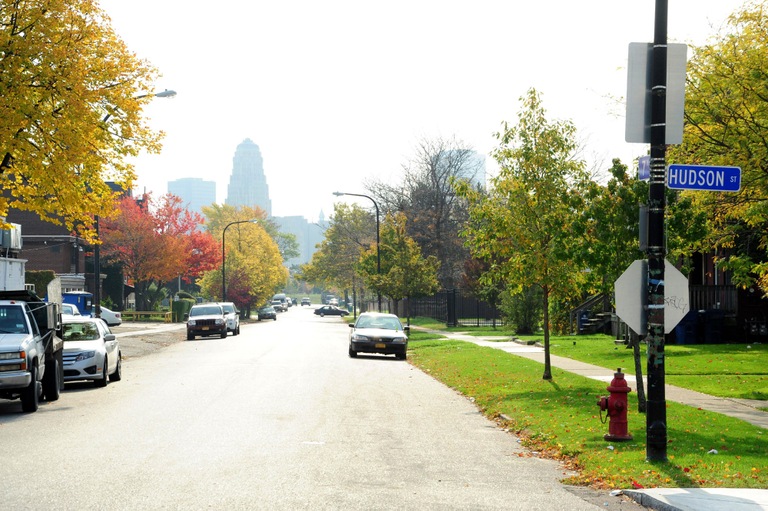 The 7th Street Gang once operated on the lower West Side of Buffalo, New York, but gang activity in the area has diminished considerably thanks to the FBI's Safe Streets Task Force.

The 7th Street Gang in Buffalo, New York was once considered one of the most violent criminal organizations in the city. It terrorized the surrounding neighborhood while its leader, Efrain “Cheko” Hidalgo, led a bloody turf war with a rival gang. Murders and shootings were rampant for almost six years before an FBI-led investigation dismantled both gangs and, in August, placed Hidalgo behind bars.

“Hidalgo was a driving force behind the rivalry and all of the violence in the West Side,” said Special Agent Jason Galle, who investigated the case out of the FBI’s Buffalo Field Office. “The evolution from dealing drugs with his street corner gang to becoming the leader of the largest criminal enterprise in the city was rapid.”

Hidalgo was just a child the first time he was introduced to dealing drugs. Growing up in a dysfunctional home in Buffalo, he and his siblings found ways to survive and make money on the streets while skipping school and evading foster care.

From selling his first bag of marijuana at age 10 to trafficking illegal narcotics in his late 20s, Hidalgo eventually formed “Cheko’s Crew” while recruiting friends and family to deal drugs in his lower West Side neighborhood. Having proven himself as a formidable crime boss, Hidalgo joined forces with the 7th Street Gang in 2000 over mutual ties and rivalries with competing drug dealers in the community.

Hidalgo’s 7th Street Gang became a focus for the FBI’s Safe Streets Task Force, which included Bureau agents and officers from the Buffalo and New York State Police Departments. The partnership began to aggressively root out criminals after a wave of violence hit Buffalo’s lower West Side in the summer of 2009, when Hidalgo and his gang were involved in a series of murders, attempted murders, and drive-by shootings in a deadly feud with the rival 10th Street Gang.

After a series of coordinated raids by the FBI-led task force in 2009 and 2010, criminals from the 7th Street Gang and the 10th Street Gang were all brought to justice. Both gangs were successfully dismantled as a result of the Racketeering Influenced Corrupt Organizations (RICO) Act, which allows prosecutors to charge numerous associates of an enterprise with multiple crimes at the same time. In this case, the gang members were not only found guilty of murder but of narcotics trafficking, robbery, and firearms offenses as well.

Following the FBI raids, Hidalgo managed to evade arrest but was finally captured in 2011 while trying to flee the country. He was sentenced on August 17, 2016 to 27 years in prison for his role in four murders and seven attempted murders. Like his fellow gang members, he was also convicted under the RICO conspiracy and for discharging a firearm in furtherance of a violent crime.

“Using an enterprise approach to take out the rival gangs, rampant gang activity in neighborhoods on the West Side has diminished considerably.”

“Using an enterprise approach to take out the rival gangs, rampant gang activity in neighborhoods on the West Side has diminished considerably,” said Adam S. Cohen, special agent in charge of the FBI’s Buffalo Field Office. “The people living there feel safe in their homes, and now enjoy the quiet, once-familiar neighborhoods that decades ago built Buffalo’s historic West Side.”

The FBI is hosting a Facebook Live event today at 12 p.m. EST to discuss how the unique skills and experience gained through prior military service can be directly applied to a career as an FBI special agent.