The men and women from regional law enforcement agencies were gathered in Scottsdale, Arizona for an introduction to the FBI’s Violent Criminal Apprehension Program (ViCAP), whose mission is simple: share information to help solve serial crimes.

“ViCAP Web is the only national law enforcement database that contains both investigative and behavioral information related to specific types of cases,” said Rick Blankenship, an FBI crime analyst who travels the country to train law enforcement on the use of the system. “We are not looking for law enforcement agencies to enter every one of their homicides or sexual assaults in ViCAP Web,” he explained. “We are looking for cases of a serial nature, where we think this may not have been the first time the offender committed this type of crime.”

On a Tuesday evening in February 2015, someone entered the home of Allison Feldman, a 31-year-old who lived alone in Scottsdale, Arizona. The offender violently attacked her, and she died from her injuries.

“We know from evidence obtained at the scene that the suspect was in the home for some time,” said T.R. Davidson, a homicide sergeant with the Scottsdale Police Department. “The violence and the countermeasures the offender used led us to believe that this may not have been his firs offense.” 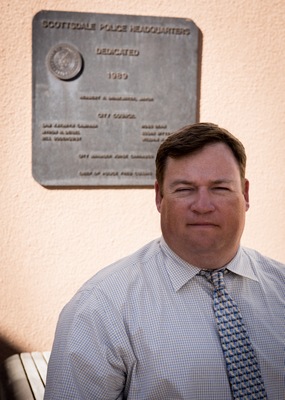 Davidson (left) immediately entered the case into the FBI’s ViCAP system, hoping to find cases with similar circumstances in other jurisdictions. “So far, we have not come up with anything linking her case to any others,” he said, “but there may be that other case we come across that will allow us to link them and develop new information. That could help us solve this crime.”

None of the typical leads in the case have panned out, Davidson noted. “In going through all her friends and contact lists and associates and work people, we’ve identified nothing out of the ordinary, nothing that would lead us to believe that this was someone that she knew. We believe that Allison did not know her attacker. And that leads us to believe that the offender may have done this before or may re-offend.”

Using the ViCAP system is one more resource for Davidson. “The more information we have, the more we learn about other cases, the more likely we are to develop new information about a potential offender,” he explained. “This case has been the number one priority for the Scottsdale Police Department for the past year. We are leaving no stone unturned.”

Davidson and his colleagues took part in the recent ViCAP training so they can better understand how the database works. “ViCAP is not necessarily something that you turn on and get something right away,” he said. “It’s something that may be fruitful down the road. It may give us additional information or leads that will allow us to solve this case.” 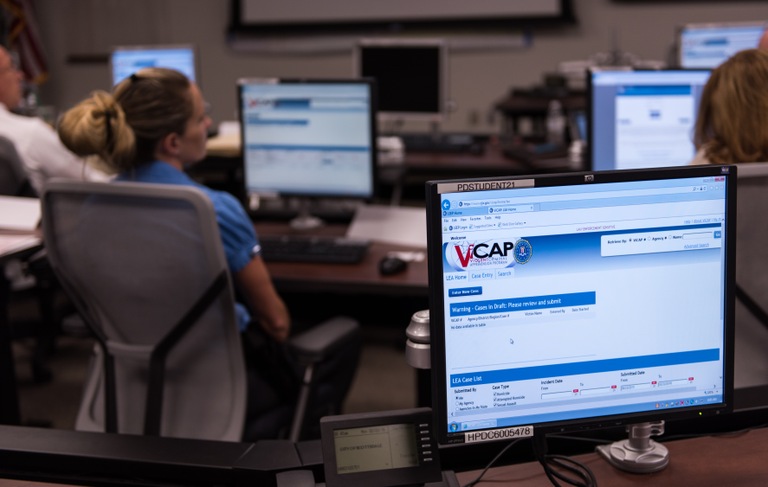 The detailed information entered about each of the approximately 85,000 cases in the system allows investigators to find potential links to their own case—all while sitting at their office computers. “If you are a small police department investigating a murder case, how do you know if it’s a serial crime?” Blankenship asked. “ViCAP is where you can go for help.”

Investigators from across the country—many from small agencies that don’t usually see violent serial crimes—can enter their cases in ViCAP Web and search the system for similarities with other cases. Did the offender pose the victim in a particular way? Did he choose a particular kind of victim, like a prostitute or an elderly person? Were certain items removed from the crime scene? Was DNA recovered? If the database shows that a peculiar sexual homicide in Chicago was similar to a previous case in upstate New York, for example, it might provide investigators from both jurisdictions with new leads and possible suspects.

“A lot of times local law enforcement gets involved in a case and they hit a wall where they don’t have any more leads,” said Thomas E. Kelly, chief of the Apache Junction Police Department near Phoenix, who has been using and promoting the database for several years. “ViCAP Web allows investigators to compare incident details with thousands of other cases. And every time a new case comes into the system, it’s compared to the case that you submitted, so cases are constantly being reviewed for any connections.”

Nearly 5,500 U.S. law enforcement agencies participate in the program. Cases that meet the ViCAP criteria—including homicides and attempted homicides, sexual assaults, missing persons, and unidentified human remains—are entered and include details about the crime, the victim, and whatever is known about the offender. The database can be searched using various keywords and filters. If an investigator is working a murder case where the victim was shot, stabbed, and bound, he can search ViCAP Web for cases where victims were killed in the same way.

ViCAP analysts like Blankenship and Christie Palazzolo, who also provided instruction at the recent Arizona training, specialize in violent serial crimes and monitor the database with their colleagues from their FBI offices in Virginia. They regularly provide consultative and analytical services to investigators.

“Many smaller agencies might not have crime analysts,” Blankenship said. “When they come across one of these types of cases, they can place it in VICAP and it gives them the opportunity to use our resources. We can do the analytical work for them and provide investigative leads and contacts with other agencies who have similar cases.”

Blankenship added that ViCAP Web is a free service provided by the FBI and is open to law enforcement agencies nationwide. The only “cost” for training and access to the system is that participating agencies must enter their criteria cases so that the database continues to expand.

National Center for the Analysis of Violent Crime

The Violent Criminal Apprehension Program (ViCAP) is part of the FBI’s National Center for the Analysis of Violent Crime (NCAVC). The primary mission of the NCAVC is to provide behavioral-based investigative support to the FBI, national security agencies, and other federal, state, local, and international law enforcement involved in the investigation of unusual or repetitive violent crimes, threats, terrorism, cyber crimes, public corruption, and other matters.

The NCAVC consists of five Behavioral Analysis Units (BAU), each of which offers investigative and operational support to complex and time-sensitive crimes in distinct areas:

At the training session in Scottsdale, law enforcement personnel learned about the system by entering their cases. An officer from Flagstaff brought a cold case homicide from his department. A deputy from a different jurisdiction entered her sexual assault case. A detective from the Scottsdale Police Department who was familiar with ViCAP because of a murder case he has been working for the past year (see first sidebar) encouraged his colleagues to receive the training and get access to the database.

“We are constantly looking for more agencies to join ViCAP,” Blankenship said. “When we go out and train law enforcement personnel and they see what ViCAP can do and how easy it is to get the information into the system, they get excited about being able to move their cases forward.”

In addition to the database, which is a part of the FBI’s National Center for the Analysis of Violent Crime (see second sidebar), FBI analysts offer a range of other free services to help investigators.

“There’s more than just the database,” said Kelly, the Apache Junction police chief. “We had an unidentified victim where we just had skeleton remains. My crime scene technician contacted the Bureau, and they did a facial reconstruction. With a likeness of the victim, we then reached out to the media and asked for the public’s help to identify her. Once you are in the program,” he noted, “there is a lot of help available.”

“The bottom line,” Blankenship said, “is that we are all in this together. The more resources you can throw at solving a crime, the better your chances are of solving it. We want law enforcement agencies to know that we’re here to help them, and we want the public to know that these cases are not forgotten. There’s always the possibility that the newest case that comes in will match up with a case from five or 10 years ago,” he explained. “We want the public to know—especially the families of victims—that we are constantly looking at these cases.”

Next: The Highway Serial Killer Initiative

Incidents of Ransomware on the Rise

FBI offers tips to protect yourself and your organization from this growing threat.