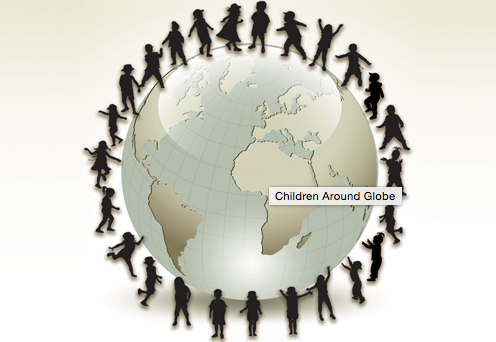 Ten years ago this month, the FBI stood up the Innocent Images International Task Force. Its mission: to investigate commercial websites—at that time mostly based in Eastern Europe—involved in the worldwide distribution of child pornography. A big task for a small but dedicated group of expert investigators from the U.S. and five other participating nations.

Fast forward to October 2014, and this group of investigators has grown from about a half dozen individuals to around 60 officers from nearly 40 countries. And the group’s changed name—the Violent Crimes Against Children International Task Force—represents its expanded mission today: to identify and bring to justice anyone involved in violent child sexual exploitation activities, whether online or in person, and to identify and rescue the victims of these crimes no matter where in the world they may be.

The FBI created the task force to help counteract some of the difficulties that we—and other law enforcement agencies around the world—were facing while investigating complex, multinational child sexual exploitation cases. Constantly changing technology helped pedophiles prey on children anywhere and made law enforcement detection difficult. And law enforcement had to work within the context of political, legal, and judicial cooperation mechanisms that predated the digital era.

So how does the task force maneuver through these difficulties?

For one, to help standardize investigations and enhance capabilities, the Bureau provides the same training to all task force officers in areas like online investigations, interviewing and interrogation, behavioral analysis, victim assistance, FBI priorities, and U.S. judicial standards.
Also, putting task force officers together in the same room for training—and for a yearly case coordination meeting—helps establish professional relationships that carry over into the investigative arena, facilitating the real-time sharing of intelligence and the working of joint operations.
And lastly, by combining forces, resources, and expertise, law enforcement collectively becomes more effective in identifying and taking down these criminal networks around the world.

Today, as we did 10 years ago, the FBI—with the help of our legal attaché offices overseas—seeks the best and the brightest to join the task force. Working alongside Bureau agents who specialize in these kinds of cases are task force officers with similar experience in their own countries, who come mainly from national-level police agencies, who have an understanding of cyber technology, and who are deeply committed to working with their international colleagues to protect children everywhere from sexual exploitation.

Obviously, our goal is to identify and prosecute these sexual predators, but we also want to identify and rescue their vulnerable victims. One of the ways we do that is through Operation Rescue Me, a joint FBI/National Center for Missing & Exploited Children program that uses image analysis to determine the identity of victims depicted in child sexual exploitation material.

Over the years, the Violent Crimes Against Children International Task Force has played a key role in a number of international cases (see sidebar). And looking ahead, we will continue to effectively target and take down those who threaten the youngest and most vulnerable among us by continually adapting our law enforcement response to the ever-changing nature of the threat.

Task Force Successes Through the Years

The FBI-led Violent Crimes Against Children International Task Force is the largest such force of its kind in the world. And since its inception in 2004, it has had a role in a number of successful international investigations targeting some of the most egregious child sexual exploitation offenders and networks. Here are a few examples:

Mexican extortion schemes threatening Americans are on the rise and increasingly sophisticated.

African cyber criminals have devised a scheme that has cost U.S. retailers millions.