Law Enforcement Partnership Have an Impact 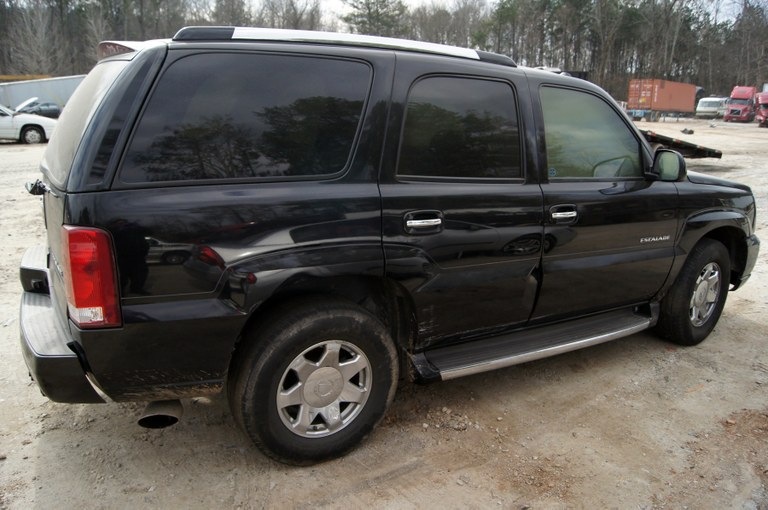 Shown above is one of the vehicles stolen by members of the Atlanta-area “Bandits” street gang during a series of violent carjackings over a three-week period beginning in late December 2012.

From late December 2012 to mid-January 2013, a series of violent carjackings in and around the Atlanta metro area shook the region and caused a significant violent crime spike. But a partnership between the FBI and law enforcement authorities in Cobb, Fulton, Gwinnett, and DeKalb Counties resulted in the dismantlement of the dangerous gang of criminals responsible.

And seven of those criminals were recently sentenced to federal prison terms, including the leaders of the so-called Bandits street gang, Ladarious Gibbs and Derek C. Turner.

The defendants were charged in connection with at least seven carjackings. During these crimes, the victims were typically accosted as they were entering or exiting their vehicles. Using a particularly frightening modus operandi, one gang member would approach from the victim’s right side while the other would approach from the left, both pointing firearms and demanding the car. The carjackers were brazen—many of the incidents took place in daylight and at locations where the victims—young, middle-aged, and elderly—were going about their daily lives, such as libraries, shopping malls, gyms, bars, etc.

Accounts from the victims were harrowing. For example, a young woman who was eight months pregnant ended up going into pre-term labor and had to be hospitalized. In another case, shortly after one carjacking incident, the criminals raced onto a nearby interstate and crashed the stolen vehicle into a median—but when a couple of good Samaritans stopped to help, they themselves were carjacked. And during another carjacking that took place in front of a department store, a passerby—who happened to be a store employee—was shot in the leg and suffered serious, long-term medical issues.

Eventually, local law enforcement agencies were able to link several of the vehicles that the suspects traveled in as well as bullet shell casings found at the crime scenes. Some of the suspects also bragged about their exploits in a video posted on a social media website. And one individual took picture of himself with a victim’s cell phone—unbeknownst to him, the photos were saved to the victim’s cloud computing account.

In February 2013, six individuals were charged at the state level—of those, five were taken into custody by the Atlanta Police Department. But because of the multi-jurisdictional nature of the crimes, the fact that some of the suspects were repeat offenders, and because the federal carjacking statutes provided for harsher penalties, local authorities began looking into the possibility of federal charges and asked for the assistance of the Atlanta FBI Office.

Bureau investigators—working hand in hand with the U.S. Attorney’s Office for the Northern District of Georgia, the Cobb County and Atlanta Police Departments, and local prosecutors—conducted additional interviews, sent DNA evidence and latent fingerprint evidence to the FBI Laboratory, and analyzed suspects’ phones. An additional suspect was identified, and there was enough evidence gathered against Bandit gang members to convince a federal grand jury to begin handing down indictments in July 2013. A final superseding indictment was filed in May 2014.

After the sentencing of Gibbs, Turner, and three other co-conspirators, FBI Atlanta Special Agent in Charge J. Britt Johnson said that cases like this one require “the combined efforts and resources of law enforcement working together and across jurisdictional boundaries to get these violent offenders off our streets and into prison.”

This same sentiment is echoed in communities around the country wherever FBI investigators and state and local law enforcement personnel join together to target violent criminals who threaten public safety.

More than 70 Team USA Olympians and Paralympians recently visited FBI Headquarters as part of a hiring initiative that introduces athletes to job opportunities at the Bureau.