A Look Inside the Scam 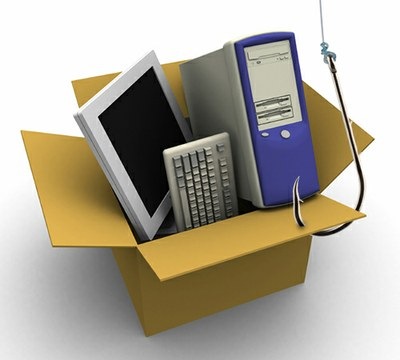 The operator at the office supply store call center answers the phone, and the person on the other end claims to be a school purchasing officer with questions about his account. But the caller is actually a criminal, and the information the operator may unwittingly divulge could cost the retailer hundreds of thousands of dollars.

It’s called the school impersonation scheme, and it has been carried out in nine states across the country—mostly by Nigerian criminal groups using the Internet and social engineering techniques.

“Most retailers have been pretty good about catching the scam,” said Special Agent Alla Lipetsker, “but it’s an alarming trend, and the fraudsters have had success.”

Here’s how the scam works:

Those who perpetrate school impersonation schemes are members of an African Cyber Criminal Enterprise (ACCE), said Lipetsker, who has been investigating these groups for the past year as part of a new initiative in our Criminal Investigative Division.

ACCE refers to a network of predominantly Nigerian criminal actors who are engaged in computer-assisted frauds. The schemes are heavy on deception instead of hard-core intrusions, Lipetsker said. “The Africans don’t do a lot of hacking,” she explained. “They deceive their targets through phishing schemes and social engineering.”

Lipetsker is part of our Asian, African, Middle-Eastern Criminal Enterprise Operations Unit, and she and other investigators and intelligence analysts work to stop cyber-assisted transnational crimes. “Our goal is to take down the entire criminal enterprise,” she said, “not just a few actors.”

Although many people equate Nigerian fraud schemes with ham-handed e-mail scams, ACCE members use sophisticated techniques to fool their targets, and they create forged online documents that are extremely convincing.

“They know where the vulnerabilities are,” Lipetsker said, adding that many school systems make the fraudsters’ job easier by posting information on their websites about their schools, personnel, and purchasing accounts.

“The greatest lesson that comes from this scheme is that retailers and schools systems must be vigilant about telephone and online orders,” she said. “If you get large orders, make sure to independently verify the information. Don’t just call the telephone number on the e-mail you received or be convinced by someone using the name of a known purchasing officer.” She added, “A little diligence could save a lot of money and aggravation later.”

A Variety of Victims

The fraudsters who carry out the school impersonation scheme usually rely on third-party individuals to receive the ill-gotten office supplies and re-ship them to Nigeria, according to analysis from our Transnational Organized Crime Intelligence Unit.

“Sometimes the third parties know what they are doing is illegal, and sometimes they don’t,” said Special Agent Alla Lipetsker. That’s because many of those individuals are themselves victims of various social engineering techniques.

“They usually fall for an online ploy to work from home or they have entered into what they think is a virtual romance,” Lipetsker said. “At that point, they are more than willing to facilitate the criminals’ business.”

Inside the case of a Virginia con man who targeted military personnel and their families.