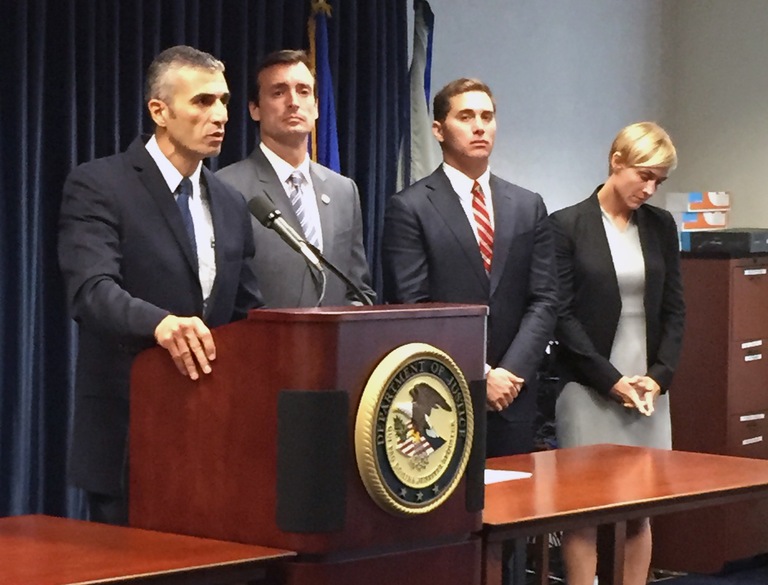 George Piro, special agent in charge of the FBI's Miami Field Office, is joined by (second from left) Wifredo A. Ferrer, U.S. attorney for the Southern District of Florida, and Department of Justice officials during a July 22, 2016 press conference announcing charges against three Miami-area health care providers in a case with losses in excess of $1 billion.

Three Miami-area health care providers were charged today in a fraud scheme that resulted in more than $1 billion in losses.

In what Department of Justice officials called the largest-ever criminal health care fraud case brought against individuals, prosecutors allege that Philip Esformes, 47, who owns more than 30 Miami-area skilled nursing and assisted living facilities (the Esformes Network), worked with a hospital administrator and a physician’s assistant in an elaborate scheme lasting more than a decade to bill Medicare and Medicaid for procedures that weren’t needed.

According to the indictment, Esformes and co-conspirators, Odette Barcha, 49, and Arnaldo Carmouze, 56, admitted unqualified beneficiaries to Esformes’ network of nursing homes and assisted living facilities, where they then billed the federal health insurance programs for medically unnecessary services. The three are also alleged to have received kickbacks—often in cash or donations—for steering beneficiaries to other health care providers, who also performed unnecessary treatments.

George Piro, special agent in charge of the FBI's Miami Field Office, described the losses as “staggering.” The FBI and the Department of Health and Human Services-Office of Inspector General investigated the case as part of the Medicare Fraud Strike Force.

“The investigators who unraveled this intricate scheme are to be commended for their diligence and commitment to root out fraud within our health care system,” Piro said Friday.

Since its establishment in 2007, the Medicare Fraud Strike Force has charged nearly 2,900 individuals who have collectively billed the Medicare program for more than $10 billion. 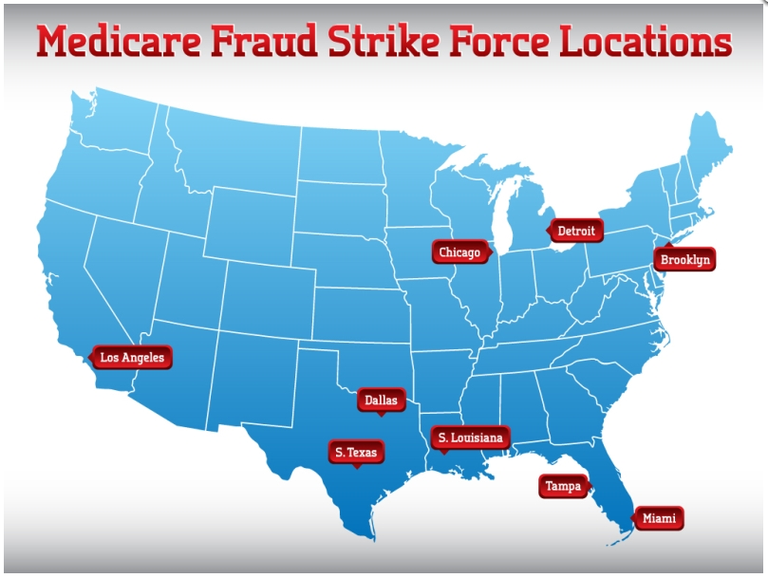 The FBI's Weapons of Mass Destruction Directorate was established 10 years ago and today serves as a central hub for WMD subject-matter expertise.

The U.S. government is seeking to recover more than $1 billion in assets tied to international public corruption and a global money laundering conspiracy.