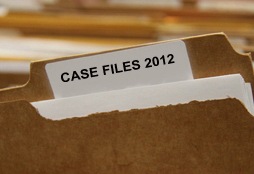 Part 1 focuses on our top investigative priority—protecting the nation from terrorist attack. Working with local, state, federal, and international partners, we thwarted a number of potential attacks on U.S. citizens at home and abroad.

Here are some of the top terror cases of 2012 in reverse chronological order:

Alabama men arrested on terrorism charges: Two U.S. citizens living in Alabama were arrested in December and charged with planning to travel overseas to wage violent jihad. The pair met online and later confided their plans to an individual who—unbeknownst to them—was a confidential source working for the FBI. Details

Plot to destroy Ohio bridge: Four men were sentenced to prison in November for their roles in a conspiracy to destroy a bridge near Cleveland. The men—all self-proclaimed anarchists—pled guilty to conspiracy to use weapons of mass destruction. The group allegedly planned a series of crimes in the Cleveland area. Details

Plot to attack Pentagon and U.S. Capitol: Also in November, a 27-year-old man was sentenced in Boston to 17 years in prison for plotting an attack on American soil and attempting to provide detonation devices to terrorists. The man built detonators for improvised explosive devices and provided them to FBI undercover operatives he believed were members of al Qaeda. Details

Attempted bombing of New York Federal Reserve Bank: A 21-year-old Bangladeshi national was arrested in October for attempting to detonate a 1,000-pound bomb in Lower Manhattan to strike the U.S. financial system on behalf of al Qaeda. The man allegedly traveled to the U.S. in January 2012 specifically to conduct a terrorist attack. Details

Plot to attack U.S. Capitol: A 29-year-old Virginia resident was sentenced to 30 years in prison in September for attempting to carry out a suicide bomb attack at the U.S. Capitol in February 2012. Details

Plan to send weapons to Iraqi insurgents: A former resident of Iraq residing in Kentucky pled guilty to terrorism charges in August for attempting to send Stinger missiles and other weapons to Iraq to be used against U.S. soldiers. Details

‘Revolution’ leader sentenced: A New York City resident was sentenced in June to more than 11 years in prison for using his position as a leader of the Revolution Muslim organization to promote violent extremism online against those he believed to be enemies of Islam. Details

Violent extremists in Alaska: Also in June, the leader of an Alaska militia was found guilty of conspiring to murder federal officials and possessing illegal firearms including silencers and grenade launchers. Details

Supporting terrorism: A 45-year-old Philadelphia resident was arrested in March and charged with conspiracy to provide material support to the Islamic Jihad Union, an extremist organization responsible for bombings and attacks against coalition forces in Afghanistan. Details

Next: Fraud, fugitives, espionage, and more.