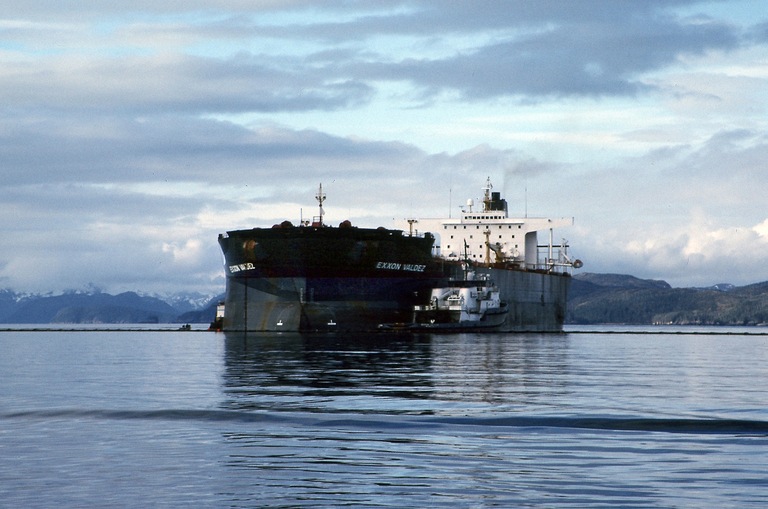 On March 24, 1989—25 years ago today—the massive oil tanker Exxon Valdez ran aground on Bligh Reef in Alaska’s Prince William Sound. The ship was outbound from Port Valdez and carried 53 million gallons of crude oil; an estimated 11 million gallons spilled into the Gulf of Alaska.

The harm caused by the spill was extensive. Tens of thousands of animals died, generations of fish and other marine life were compromised, the lives of residents were greatly disrupted, and the ongoing effects of this catastrophe continue today. Clean-up costs were astronomical.

Particularly since the 1970s amid growing concerns about the environment, a series of federal laws have been added to the government’s authority to investigate abuses of our shared environment, looking for criminal activity that threatens lives and health. In the case of the Exxon Valdez—and in most environmental crime cases at the time—the FBI worked closely with state and other federal agencies to determine what happened, how it happened, and if criminally negligent behavior was involved.

In February 1990, after an extensive investigation into the incident, the Department of Justice brought a multi-count criminal indictment against Exxon Corporation and its shipping subsidiary for violations of the Clean Water Act, the Refuse Act, and the Migratory Bird Treaty Act (this particular law had been part of the FBI’s jurisdiction since the 1920s), among others. And in October 1991, the U.S. District Court in Anchorage accepted guilty pleas by Exxon and approved a settlement involving a criminal plea agreement and restitution. Exxon paid a hefty fine; however, a portion of it was returned due to the company’s support of clean-up efforts. The court also approved a civil settlement resolving claims with the federal government and Alaska for clean-up costs and damage to natural resources—the civil penalties were even higher than the criminal fines.

In 2014, with the Bureau’s overriding focus on preventing terrorist attacks—along with efforts to address cyber crimes and emerging national security and criminal threats—our environmental role is largely a supporting one, assisting our partners at the Environmental Protection Agency, the Coast Guard, and state and local agencies.

But our focus on criminal activity that threatens lives remains the same. Working with other agencies, the FBI generally focuses on significant environmental crime cases in the following areas:

The Bureau brings unique tools to the investigative table—including sophisticated techniques like court-authorized electronic surveillance, undercover operations, and informants—that we’ve used successfully for years against organized crime groups, drug traffickers, financial crime fraudsters, and the like. And we continue to assist our partners in bringing the most egregious violators to justice.

For information on the Department of Justice’s overall efforts to go after abusers of the nation’s civil and criminal pollution-control laws, visit its Environmental and Natural Resources Division website.

Reward offered for information in the 2009 Iraq murder of U.S. contractor James Kitterman.