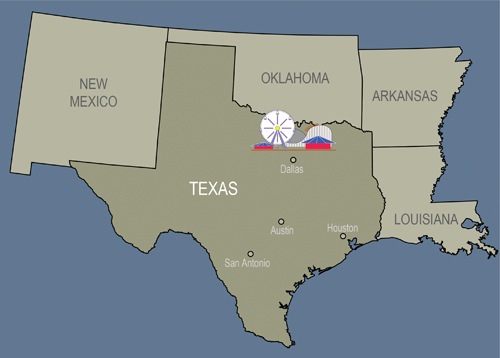 Thomas W. Lucas, Jr. convinced more than 250 investors that Disney had plans to build a resort approximately 50 miles north of Dallas. The claim was fake, and Lucas was sent to prison for fraud.

Thomas W. Lucas, Jr. was such an effective liar that he was able to convince hundreds of investors—even members of his own family—that he had inside information about a Disney resort to be built in Texas that would make the nearby scrubland worth a fortune for those who bought it ahead of time.

Of course, there was no “Frontier Disney,” as Lucas claimed, but using false documents, forged signatures, and phony presentations, he was able to pocket nearly $450,000 in real estate fees over a four-year period and cause investors to lose approximately $20 million.

From 2006 to 2010, Lucas defrauded more than 250 investors. He claimed to have insider information regarding a Disney resort and theme park planned for a rural area about 50 miles north of Dallas. He was giving investors a chance to buy surrounding land outright, or to purchase options to buy the land near the supposed resort. The 65 investors who purchased options lost every cent they invested—more than $8 million. Some investors, including Lucas’ father and uncle in the family real estate business, purchased land outright, believing the Disney story.

“There was not one grain of truth in Lucas’ presentations,” Velasquez said, “but his pitch was very elaborate, and it fooled a lot of people. He duped his own family.”

Lucas claimed to have letters between Disney and a management firm saying that the company had acquired enough land to make the deal happen. He included the letters—complete with forged Disney officials’ signatures—in his presentations to investors, along with detailed maps, concept plans, and images that were later discovered to be lifted from the Internet, some from Disney websites.

According to Lucas, Disney planned to make the big announcement about the resort at a Dallas Cowboys football game on Thanksgiving in 2006. When that didn’t happen, he told investors there were delays. “Then the announcement was going to be Super Bowl 2007, 2008. Then it was Fourth of July at the Beijing Olympic games,” Velasquez said. “He was just trying to keep investors and potential investors on the hook.”

With each delay, Lucas would sweeten the pot with some new bogus e-mail from a Disney executive or other bit of tantalizing information meant to persuade people the project was still on track. Eventually, investors became suspicious, and one made a complaint to the FBI.

Velasquez, who specializes in financial fraud cases, says the scheme went on for so long because Lucas was believable—and also because investors could not resist the temptation of making large returns on their money.

When confronted by investigators about his claims, Lucas falsely blamed the supposed Disney information he received on a man he met at a methadone rehab clinic, who had since died. In 2014, Lucas was indicted by a federal grand jury on seven counts of wire fraud and one count of lying to the FBI.

Last September, after a jury trial in which Lucas maintained his innocence but was found guilty on all charges, a judge sentenced the 35-year-old to 17.5 years in prison. “That was a stiff sentence for a white-collar crime,” Velasquez noted, “but he defrauded a lot of people and showed no remorse.”