The Crime of 'Swatting': Fake 9-1-1 Calls Have Real Consequences

The Crime of 'Swatting' 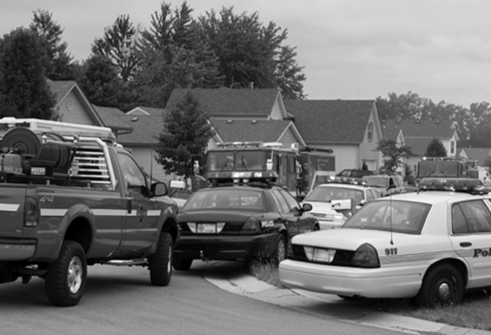 “Swatting” is a prank designed to draw a law enforcement response to a hoax victim.

The distraught-sounding man told the 9-1-1 operator he shot a family member and might kill others in the house. A SWAT team was urgently dispatched to the address corresponding to the caller’s phone number. But when the tactical team arrived, ready for a possible violent encounter, they found only a surprised family panicked by the officers at their door.

It’s called “swatting”—making a hoax call to 9-1-1 to draw a response from law enforcement, usually a SWAT team. The individuals who engage in this activity use technology to make it appear that the emergency call is coming from the victim’s phone. Sometimes swatting is done for revenge, sometimes as a prank. Either way, it is a serious crime, and one that has potentially dangerous consequences.

Since we first warned about this phone hacking phenomenon in 2008, the FBI has arrested numerous individuals on federal charges stemming from swatting incidents, and some are currently in prison (see sidebar). Today, although most swatting cases are handled by local and state law enforcement agencies, the Bureau often provides resources and guidance in these investigations.

“The FBI looks at these crimes as a public safety issue,” said Kevin Kolbye, an assistant special agent in charge in our Dallas Division. “It’s only a matter of time before somebody gets seriously injured as a result of one of these incidents.”

There have already been close calls. A police officer was injured in a car accident during an emergency response that turned out to be a swatting incident, Kolbye said, and some unsuspecting victims—caught off guard when SWAT teams suddenly arrived on their doorstep—have suffered mild heart attacks.

“The victims are scared and taken by surprise,” he said. Law enforcement personnel, meanwhile, rush to the scene of a swatting incident on high alert. “They believe they have a violent subject to apprehend or an innocent victim to rescue,” Kolbye explained. “It’s a dangerous situation any way you look at it.”

It is also expensive. It can cost thousands of dollars every time a SWAT team is called out. And although there are no national statistics on how many swatting incidents occur annually, Kolbye guesses there are hundreds. A recent trend, he said, is so-called celebrity swatting, where the targeted victims are well-known actors and musicians.

“People who make these swatting calls are very credible,” he said. “They have no trouble convincing 9-1-1 operators they are telling the truth.” And thanks to “spoofing” technology—which enables callers to mask their own numbers while making the victims’ numbers appear—emergency operators are doubly tricked.

Most who engage in swatting are serial offenders also involved in other cyber crimes such as identity theft and credit card fraud, Kolbye said. They either want to brag about their swatting exploits or exact revenge on someone who angered them online.

Kolbye suggests making a police report about any swatting threats you receive online. Such threats typically come from the online gaming community, where competitors can play and interact anonymously. With a report on file, if a 9-1-1 incident does occur at your home, the police will be aware that it could be a hoax.

“The FBI takes swatting very seriously,” Kolbye said. “Working closely with industry and law enforcement partners, we continue to refine our technological capabilities and our investigative techniques to stop the thoughtless individuals who commit these crimes. The bottom line,” he added, “is that swatting puts innocent people at risk.”

In 2009, Matthew Weigman, then 19 years old, was sentenced to more than 11 years in federal prison for a swatting conspiracy that had been going on for years.

A prolific phone hacker, Weigman and nine co-conspirators used social engineering and other scams to obtain personal information, impersonate and harass telecommunications employees, and manipulate phone systems to carry out dozens of swatting incidents, along with other crimes. Several of his co-conspirators also received jail time.

Weigman’s first swatting incident occurred in 2004 when he was 14 years old. When a girl he met through an online chat room refused to have phone sex with him, he retaliated by swatting the girl and her father, convincing a 9-1-1 operator he was holding the two at gunpoint in their Colorado home, which prompted a SWAT response.

Numerous law enforcement officers and other representatives from the U.S. and Central America have taken part in the six CARSI programs.