Massachusetts Man Made Bogus Claim Film Was His Idea 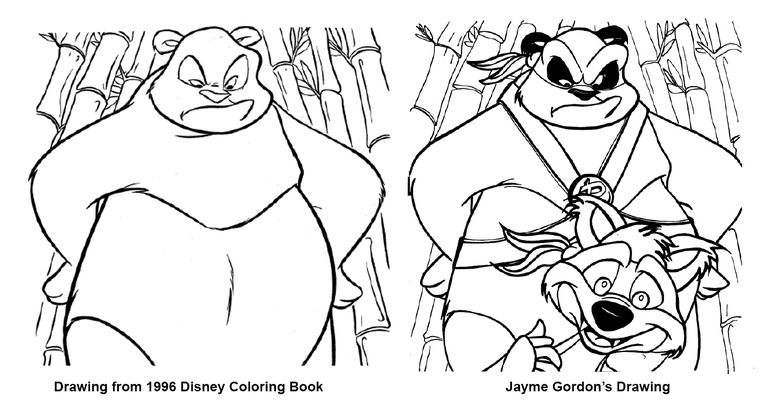 Jayme Gordon claimed the makers of the animated film “Kung Fu Panda” stole his idea and drawings for the movie, but it was discovered that Gordon had traced some of his panda sketches from a Disney coloring book.

A Massachusetts man is behind bars after his scheme to defraud the makers of the animated film Kung Fu Panda backfired.

Jayme Gordon claimed that DreamWorks Animation SKG, Inc. stole his idea for the characters and story behind the popular 2008 film, and in 2011, the Boston-area resident filed a civil suit against the studio seeking more than $12 million in damages.

“He said DreamWorks used his ideas, and he claimed to have evidence,” said Special Agent Scott McGaunn, who investigated the case from the FBI’s Boston Division, “but it was all lies.”

Protecting its intellectual property was a serious matter for DreamWorks, and the company spent $3 million defending itself against the charges in a case that dragged on with motions, e-mails, and depositions for more than two years.

Gordon produced drawings that appeared to validate his claims, and his attorneys were convinced he had a strong case. “We later showed that those drawings had been falsified and backdated as part of Gordon’s elaborate ruse,” McGaunn said.

Investigators learned that months before the release of Kung Fu Panda, Gordon saw a trailer for the movie. He had previously created drawings and a story about pandas—which he called “Panda Power”—that bore little resemblance to the movie characters. He proceeded to revise his “Panda Power” drawings and story, and renamed it “Kung Fu Panda Power.”

Gordon later filed the copyright infringement suit against DreamWorks, and during the course of that lengthy civil litigation, he perjured himself and provided falsified documents to the court. “He was using the legal system to try and extort over $12 million from DreamWorks,” McGaunn said.

Ultimately, in addition to fabricating and backdating sketches that supported his suit, it was discovered that Gordon intentionally deleted relevant evidence on his computer that he was required to produce, and he lied during court-ordered depositions.

The truth came to light when DreamWorks learned that Gordon had traced some of his panda drawings from a Disney The Lion King coloring book. Those sketches, which he claimed to have drawn in 1992 and 1993, were copied from the coloring book, which was not published until 1996.

“The coloring book discovery was the smoking gun in the civil case,” McGaunn said. Gordon dropped his copyright infringement lawsuit, but he was by no means done with the legal system—he was now the subject of a criminal case for the crimes he had committed. Gordon was ultimately charged with perjury and wire fraud.

“The jury didn’t buy it for a second,” McGaunn said.

Gordon was found guilty on numerous counts of perjury and wire fraud. In May 2017, the 51-year-old was sentenced to two years in prison and ordered to pay more than $3 million in restitution.

“It’s possible that when Gordon first saw the movie he had believed that DreamWorks stole something from him—that he came up with the original idea for a kung fu fighting panda,” McGaunn said. “But even if he did initially believe that, his actions afterward were criminal: He copied and backdated others’ drawings, destroyed computer evidence he was ordered to turn over, and lied under oath—all to further his civil suit.”

In the end, McGaunn said, “Gordon was using the civil court system to extort DreamWorks in the hopes that they would quickly settle. He was counting on that, but he was sadly mistaken.”

“He said DreamWorks used his ideas, and he claimed to have evidence, but it was all lies.”

Nine members of a Tijuana-based motorcycle gang are facing charges for their roles in a brazen high-tech scheme to steal more than 150 Jeep Wranglers and motorcycles in San Diego to sell in Mexico.