The Case of the Corrupt Coin Dealer

The Case of the Corrupt Coin Dealer 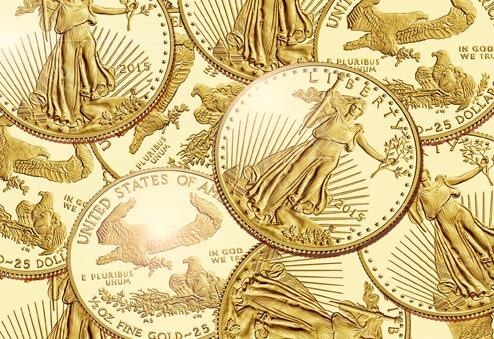 Financial fraud comes in all shapes and sizes. And while corporate criminals, inside traders, and Ponzi schemers often cause their victims to lose millions of dollars, the case of the crooked coin dealer from New York illustrates that even relatively small-time fraudsters must answer for their crimes.

Chrysanthos Nicholas, a 55-year-old rare coin and precious metals dealer, will be spending the next 27 months in federal prison for stealing more than $260,000 from some of his elderly customers.

Nicholas had been a coin dealer for a number of years and had developed relationships with collectors around the country. He persuaded three elderly clients—all well into their 80s—to send him coins with the promise that he would value them, hold them, and sell them for the clients on their request.

“Such arrangements are not uncommon in the coin collector world,” said Special Agent Shane Ball, who investigated the case from the FBI’s Minneapolis Division. But after the dealer had received coin collections from the men, “he promptly stopped returning their calls,” Ball said. “He completely dropped off the radar.”

In one case, according to court documents, Nicholas entered into a contract with a client in rural Minnesota to evaluate, store and sell the client’s coins. In 2010, at Nicholas’ direction, the client mailed his coins—valued at more than $130,000—to Nicholas in Southold, New York.

Later, after Nicholas stopped answering or returning the client’s calls, the victim went to his local sheriff’s office and made a complaint. Because the coin dealer lived outside of Minnesota, the sheriff’s deputy called the FBI for assistance. Ball, a 20-year veteran of the Bureau, explained that agents regularly offer assistance to local law enforcement in these types of matters that cross state lines.

“My belief is that Nicholas picked these particular victims because they were elderly and he thought he could get away with it,” Ball said. For their part, the victims had all done business with Nicholas in the past with no problems. “They had every reason to suspect that this was another business deal that would go well,” Ball added. “But Nicholas used the trust he had built up over the years to steal from them.”

Meanwhile, Nicholas sold the coins and used the money for his personal benefit. When he was charged with mail fraud in July 2014, nothing remained of his victims’ collections. At his sentencing last month, a federal judge ordered Nicholas to pay nearly $250,000 in restitution to his victims after he completes his jail term.

Although the money Nicholas stole from his clients is small compared to some financial frauds, Ball is quick to point out that it represented a great deal to the victims—it was one man’s life savings. “Our goal is always to seek justice for victims,” he said, “whether they are corporate shareholders or individuals from small-town America.”