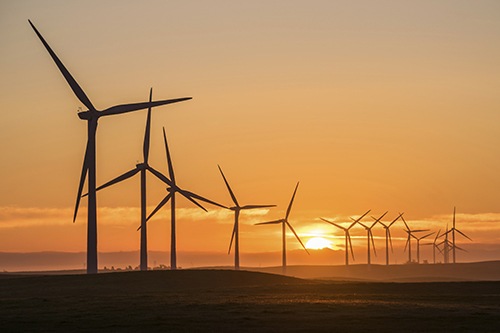 In the midst of growing local, national, and international concerns for the environment, wind energy is one of several types of renewable energy technologies being touted as environmentally friendly. Wind energy is known as a clean, sustainable fuel source that is cost effective and widely available domestically.

So when a Texas businessman solicited investors for his renewable energy company, Wind Plus, Inc.—whose stated business goal was to find and develop land suitable for wind farm construction—he had no problem raising $3.7 million from nearly 100 individuals in 11 states. Unfortunately for the investors, that businessman—David Lyman Spalding—was not exactly environmentally conscious, and he had no intention of following through on his business plan. Instead, he took their money and stuffed the majority of it into his own pockets.

From at least 2003 through April 2011, Spalding worked to convince people to invest with him—sponsoring happy hours, hosting parties at his home, offering bonuses (never paid) to investors already on board who could bring in new investors. He handed out professional-looking brochures and even created a slideshow presentation for prospective investors. He explained that his company obtained land leases and the proper permits for wind farms, conducted meteorological studies to collect wind data, performed environmental studies, and obtained agreements with power companies who would have the wind farms built.

In return for their investments, Spalding offered his clients promissory notes that said he would repay the principal back within two to 12 months, offer 10 percent interest if repayment didn’t happen within that time frame, and offer shares of stock in his company if and when it went public. Unfortunately, those promissory notes weren’t worth the paper they were printed on.

Spalding used most of his investors’ money to fund his extravagant lifestyle—he purchased a new home, luxury vehicle, expensive jewelry, trips for him and his wife to the Caribbean and Europe, spa treatments, dinners at expensive restaurants, designer clothes, etc.

These types of schemes usually run their course when the money runs out. However, even after Wind Plus filed for bankruptcy in 2009, Spalding was able to solicit new investors for a similar renewable energy company called Baseload Energy, LLC, which purportedly focused on geothermal energy and supposedly developed land for natural gas turbines. Like Wind Plus, Baseload Energy was just a means to an end, and that end involved Spalding scamming as many victims as possible.

Of the $3.7 million he received during the life of his scheme, Spalding only paid out a small fraction of that back to investors—and only did that to try to keep clients from demanding their entire investments back or from filing complaints.

But eventually, one of his investors had enough and made a complaint to the FBI’s Dallas Field Office in late 2010. Because of the number of victims, the financial losses, and the interstate nature of Spalding’s activities, the Bureau opened a case.

Investigators conducted numerous interviews of victims and of Spalding’s former employees (who had quit because they weren’t getting paid). But according to the investigating agent, “financial analysis is what really made this case.” She explained that since Wind Plus had no corporate records to review, FBI financial analysts went through Wind Plus bank records. These records showed that Spalding—who had no personal bank account—used company funds almost exclusively for his own benefit.

Spalding was indicted in federal court, and in April 2015—following a seven-day trial—was convicted by a jury. Last month, he was sentenced to 15 years in prison and ordered to pay more than $3.3 million in restitution to his victims.

Brenda Delgado, wanted for her alleged role in a murder-for-hire, is in custody.