Tractor salesman Jeff Gentry ran a multi-million-dollar investment scheme in which he preyed on the implicit trust of friends, family, and neighbors in the small Tennessee town of Sparta.

Nobody would have suspected that the affable Tennessee tractor salesman who was raised among them, tended their lawns in high school, and prayed beside them at Sunday services was scamming them by the millions. Indeed, that’s probably what made the man’s investment scheme so successful, investigators say.

Jeffery Gentry, 40, pleaded guilty in federal court last August to charges related to his $43 million scheme that bilked investors—including friends, family, neighbors, and fellow parishioners—out of more than $10 million. Gentry, who owned and operated Gentry Brothers Tractor Supply and Gentry Auto in the Middle Tennessee town of Sparta, was sentenced on May 14 in U.S. District Court in Nashville to three years in prison. He was also ordered to pay $10.4 million in restitution to his victims.

Gentry’s scam was a textbook Ponzi scheme that promised investors high guaranteed rates of return on investments. He told investors the funds would finance the purchase of mowers and farm equipment to satisfy lucrative state contracts. In return, investors could expect monthly proceeds as high as 10 percent, thanks in part to rebates from equipment manufacturers for cash purchases, according to investigators. But it was all a lie, sustained in large part by investors’ faith that a lifelong neighbor and friend would never purposely do them wrong.

“He kind of preyed on that aspect of it,” said Jeff Guth, chief of the Sparta Police Department in White County, a close-knit rural community of 26,000 residents where the median household income is about $36,000. “Most of these people were friends of his. A lot of them went to church with him. They wouldn't believe that someone close to them like that would be doing that.”

Guth learned of the scheme a few days before Christmas in 2016, when the police station lobby filled up with distraught investors fearing they had been duped. Gentry’s tractor store—an informal gathering spot where many of the investment transactions occurred—had shut down without explanation, suddenly casting doubt on their guaranteed returns. At the police station, former farmers and other retirees waved handwritten statements revealing their six-figure outlays, much of it from savings and retirement accounts. Suspecting there would be still more victims, Guth called the FBI in nearby Cookeville—a satellite office of the Bureau’s Memphis Division—for support.

“He said he had some people in his office who felt they may have been the victim of a crime,” recalled FBI Special Agent Traci Lovell. “I don't know if they used the term ‘Ponzi scheme,’ but their money had been stolen—a large amount of money.” Lovell and fellow agent Ric Fagan began interviewing more than 50 victims who had invested as far back as 2012. The picture that emerged was a typical pyramid scheme: Gentry’s initial investors may have seen promising returns early on, but without new money coming in—to pay investors their guaranteed returns and support Gentry’s increasingly lavish spending—the ruse ultimately fell apart, leaving many underwater and angry.

“That was a hard day for a lot of people, because they were finally coming to the realization that they had been duped and that they would be lucky if they got anything back at all,” Guth said.

In addition to funneling investor cash into real estate, livestock, vehicles, and farm equipment, Gentry spent $365,000 in March 2016 to launch a used car business, Gentry Auto, in Sparta. “He sold for a living,” said Special Agent Fagan. “He could talk to people. Just what every scam artist needs is the ability to convince you that giving me your money is the best thing to do.” 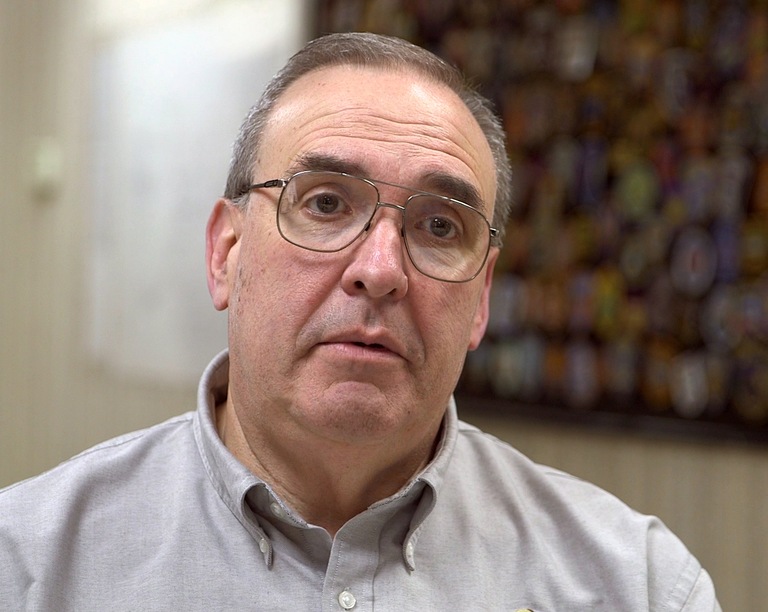 “Most of these people were friends of his. They wouldn’t believe that someone close to them like that would be doing that.” 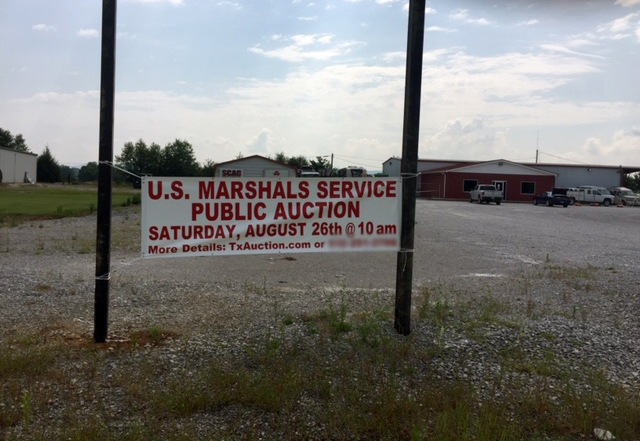 The U.S. Marshals Service held a public auction of assets seized from Jeff Gentry, who was convicted in a multi-million-dollar-investment scheme.

The FBI investigation required months of work with local task force officers in Sparta, the Internal Revenue Service, and the U.S. Marshals Service—which seized Gentry’s assets, including businesses, houses, and land financed through the scheme, as well as $300,000 in cash. An FBI forensic accountant was brought in to make sense of the accounts and handshake contracts, including handwritten notes acknowledging single investments of more than $1 million. Gentry was charged on July 5 with wire fraud and money laundering. An auction last August on the site of Gentry’s former tractor business sought to recoup some money for the victims, though it only resulted in $1.3 million for victim restitution—not nearly enough to make them whole. Guth said some bidders at the auction altruistically overbid certain items “to help their neighbors out a little bit.”

“Many of them, they are never going to see the amount that they had put into it,” Guth said. “But they will be able to benefit from some of it. And some of it may be better than nothing at all.”

The FBI agents said secrecy was a key element of Gentry’s ploy—as it is in most Ponzi schemes. Potential investors are lured into thinking they are lucky to get access to this kind of lucrative investment, and that if too many people know about it, their own windfall might be diluted. The air of secrecy also keeps victims from swapping notes, which can reveal inconsistencies and irregularities. That’s what happened in Sparta. 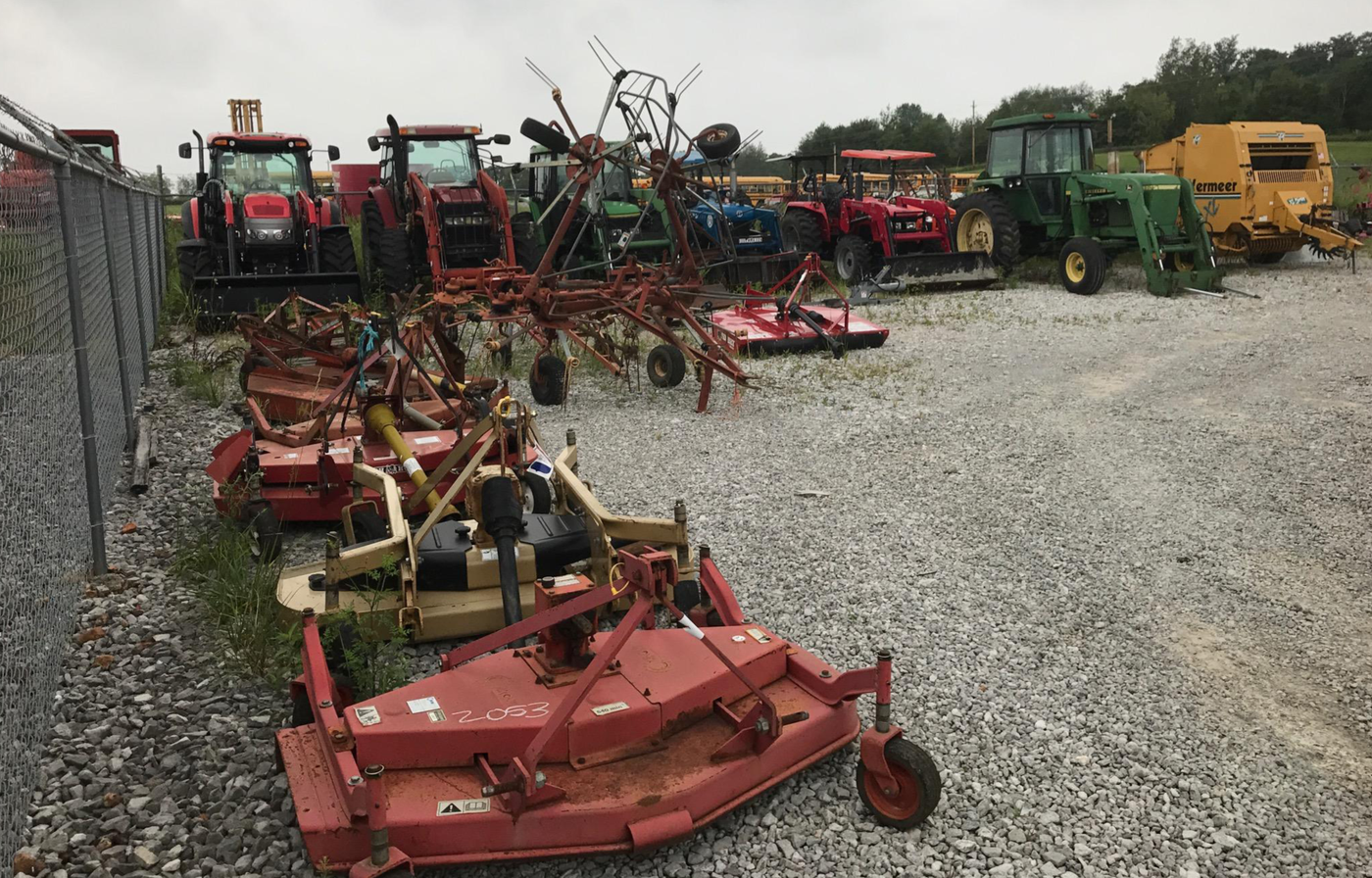 Tractors and mowers were among Jeff Gentry’s seized assets auctioned last summer by the U.S. Marshals Service. The resulting $1.3 million in proceeds will go toward restitution for victims of Gentry’s investment scheme.

“When the victims started comparing notes, they realized the basis of this scam was implausible,” said Lovell, referring to the sheer volume of tractors Gentry would have needed to sell to justify what he promised investors. “The victims can see in hindsight how ludicrous it was to believe that this scheme was true.”

In hindsight, there were warning signs: guaranteed high returns, secrecy, and a fundamentally flawed investment model. Investigators cautioned anyone entering into an investment opportunity to do their homework before handing over money. “If someone tells you to keep it a secret, that should be a red flag,” Fagan said. “If someone uses the words ‘guaranteed return,’ that should be a red flag. If a contract you’re looking at doesn't make sense, ask more questions and try to understand it. Don't make yourself an easy target.”

Guth said some victims, including retirees on fixed incomes, lost their life savings. Their trust and faith has also been tested. “People are more on guard than they were before, and they are probably having a hard time trusting anybody,” he said. “It was hard to take. But being a small, close community, I think people have kind of wrapped their arms around some of these people [who were victims]. I’m sure it’ll take a while, but we’ll get through this.”

What is a Ponzi Scheme?

This type of fraud is named after Charles Ponzi of Boston, Massachusetts. In the early 1900s, Ponzi launched a scheme that guaranteed investors a 50 percent return on their investment in postal coupons. Although he was able to pay his initial backers, the scheme dissolved when he was unable to pay later investors.