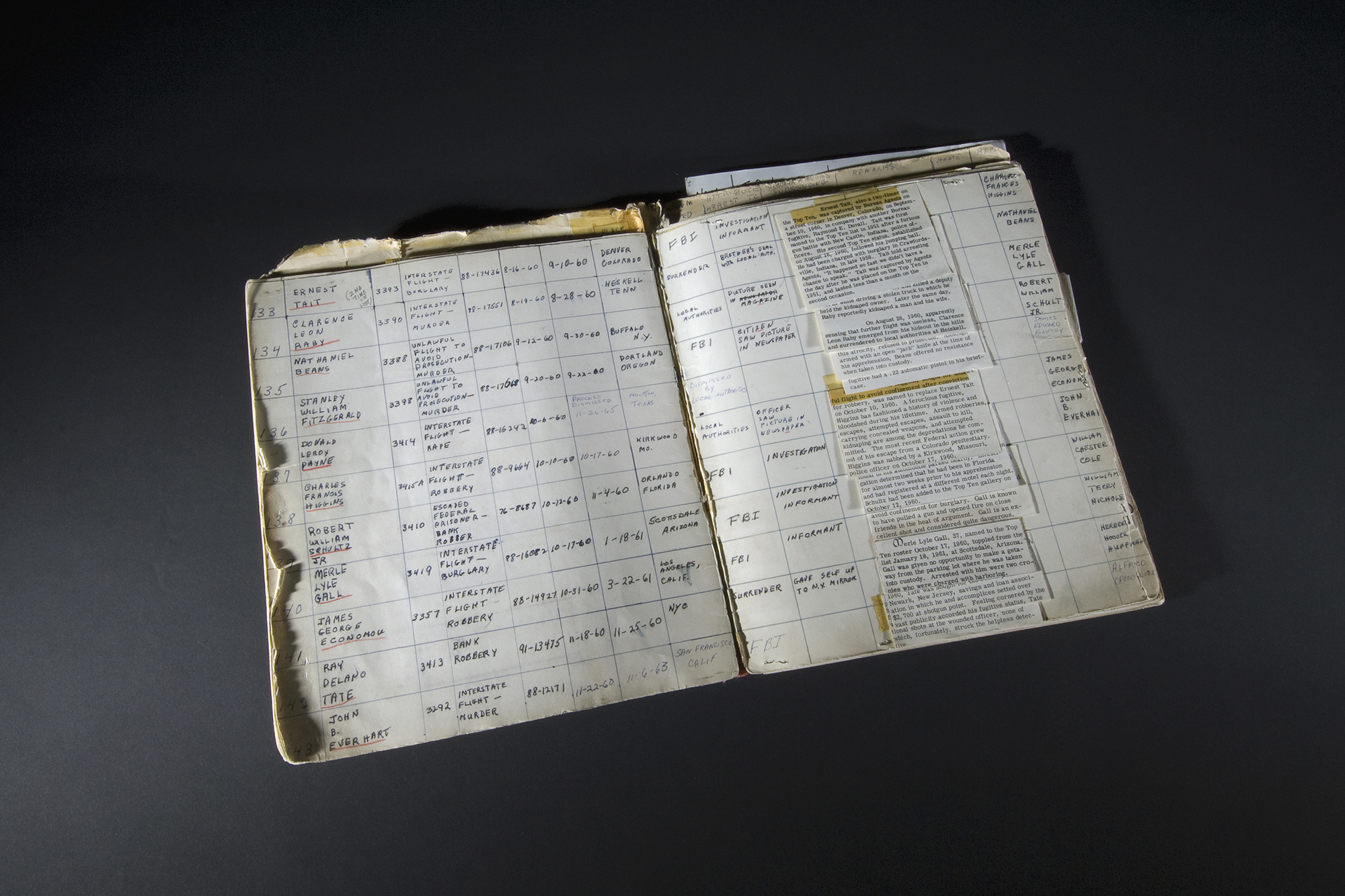 This handwritten record was once used by the FBI to keep track of individuals placed on the the Ten Most Wanted Fugitives list.

The seeds of the FBI’s Ten Most Wanted Fugitives list were planted on February 7, 1949, after The Washington Daily News published the article “FBI’s Most Wanted Fugitives Named.” The FBI’s public affairs function at the time had given the reporter—who’d asked for a list of the “toughest guys” the Bureau wanted to arrest—the names of 10 dangerous individuals.

The resulting news story became so popular that the FBI created the Ten Most Wanted Fugitives list on March 14, 1950.

This week marks the 70th anniversary of the list, which is commonly called the Top Ten. The program uses public outreach to capture offenders wanted for serious crimes.

Over the years, 523 fugitives have been placed on the list, with 488 of them having been caught. As a testament to the effectiveness of the program, 162 of those captures were made with the public’s direct assistance. 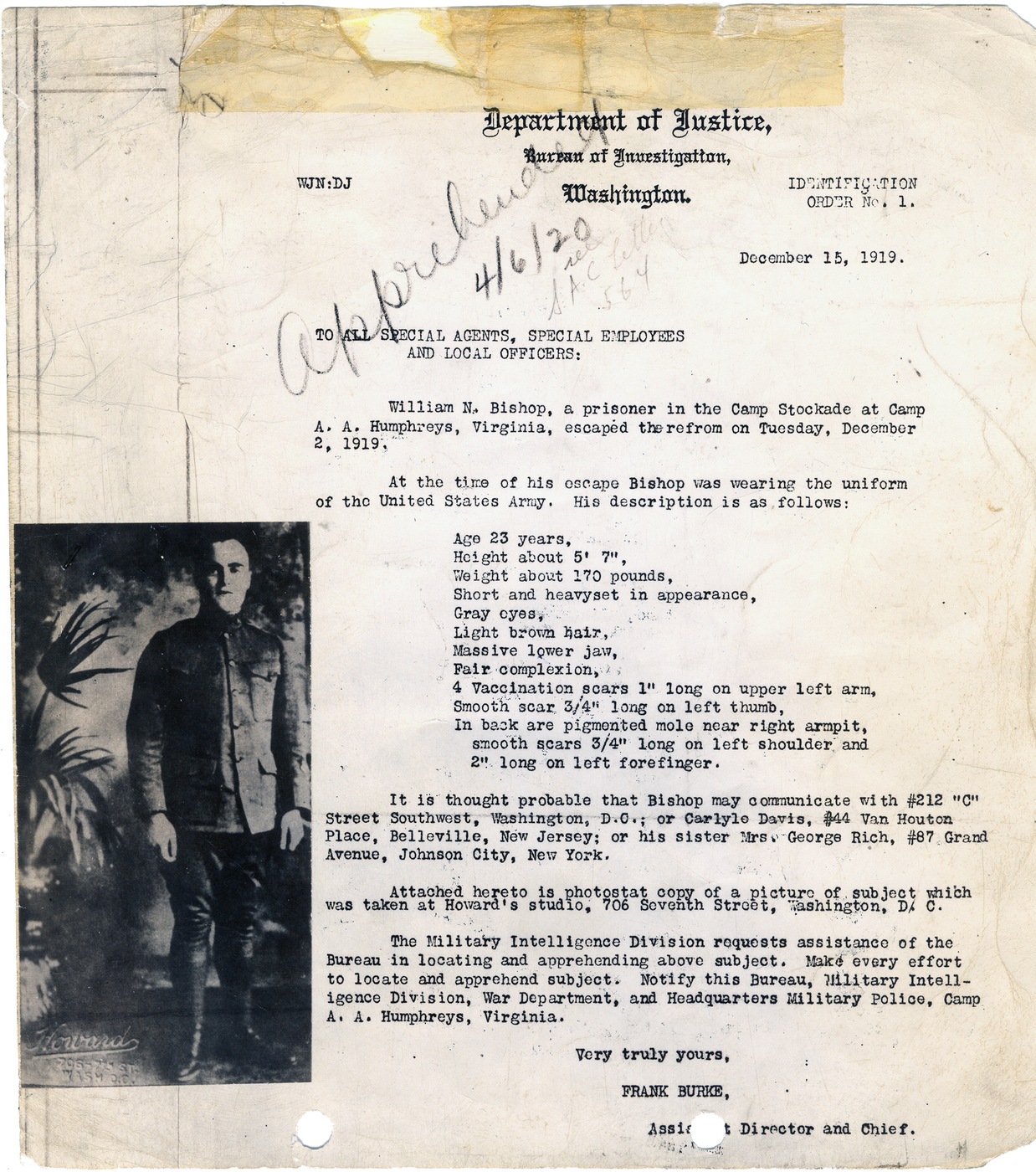 “The FBI has been in the business of seeking fugitives from the law really since its beginning,” says FBI Historian John Fox. “We started issuing, as early as 1919, our first identification orders—basically, fliers we would send out to law enforcement notifying them of criminals we were looking for. That’s what eventually evolves into the Ten Most Wanted Fugitives program.”

Historically, the Top Ten list has reflected the concerns of the time. In the 1950s, bank robbers, burglars, and car thieves populated the list. The 1960s saw fugitives wanted for kidnapping, sabotage, and destruction of government property. Members of organized crime groups and murderers were present on the lists of the 1970s. Drug kingpins and serial killers were a priority in the 1980s. And in the 1990s, the list reflected the increasing threat of international criminal activity.

Over the past two decades, the Top Ten list has focused on the most violent of fugitives sought for homicides, armed robberies, gang activities, and mass shootings.

In the earliest days, wanted posters would be placed in local post offices, and information on offenders was provided to newspapers. This quickly was supplemented with radio shows and television programs. As media has changed over the years, so have the FBI’s outreach methods.

“We still do the traditional stuff—the press conference, posters, sending out a press release—but we now add in the more modern aspects,” says Chris Allen, head of the FBI’s Investigative Publicity and Public Affairs Unit. “Now folks are on their smartphones, so we have a Wanted mobile app. We have social media we use to publicize fugitives—we tweet, run Facebook ads, use Instagram.” 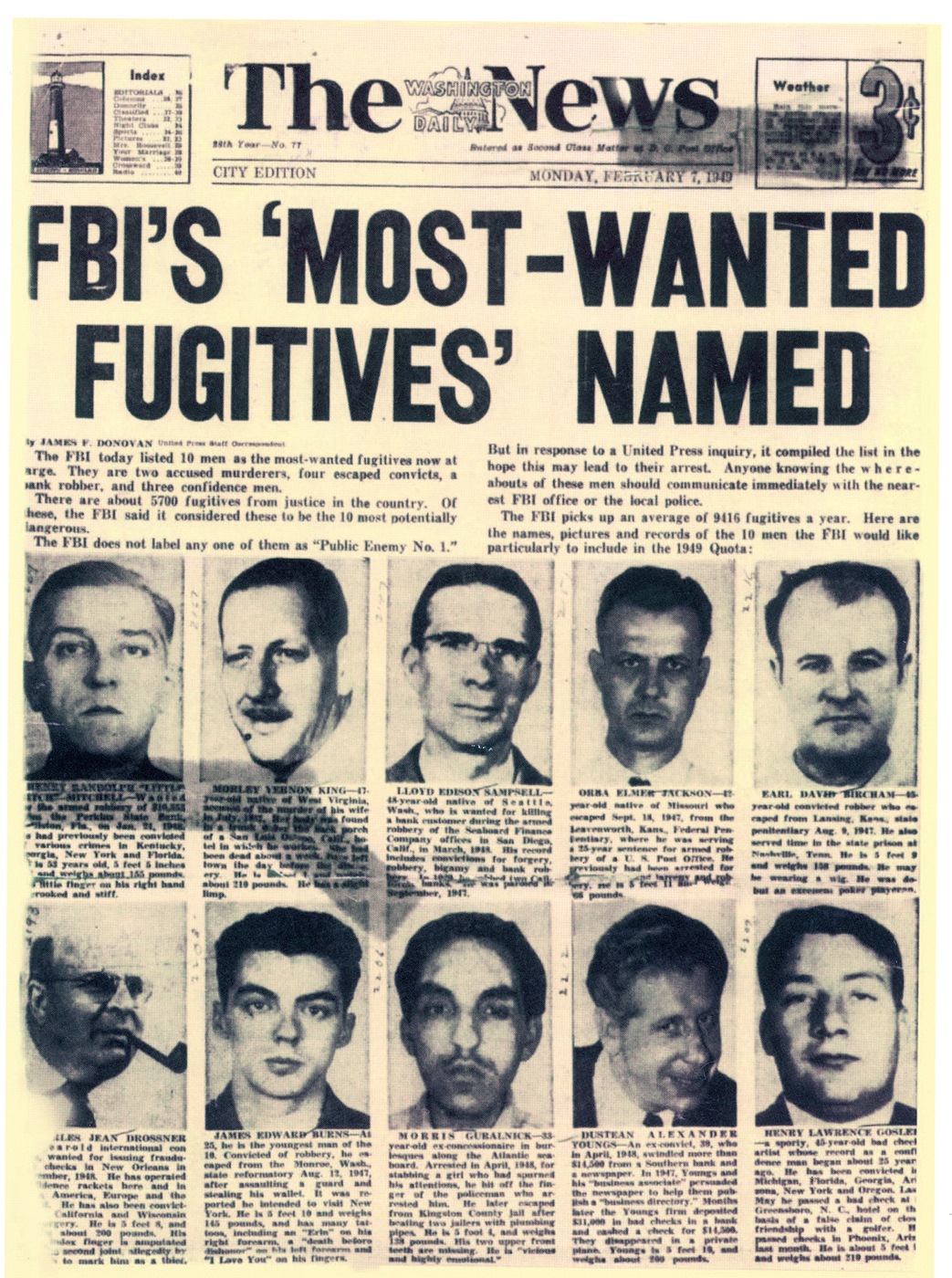 The front page cover of The Washington Daily News, published February 7, 1949, with the story “FBI's ‘Most-Wanted Fugitives’ Named,” was the very first instance of the FBI releasing a Top Ten list of wanted offenders.

There are two main criteria for adding an individual to the list. First, they have to be considered dangerous—based on crimes already committed—or likely to continue committing crimes. Second, a fugitive may be added if investigators believe publicity will help lead to the fugitive’s arrest. Not all fugitives meet both criteria.

Criminals who appear on the Ten Most Wanted Fugitives list are not ranked. Instead, their position on the FBI website changes randomly every week, regardless of their length of time on the Top Ten, how dangerous they are, or the crimes they’re accused of.

While the Top Ten is usually just that, in 70 years, there have been 13 special additions—instances where the list has expanded past 10 individuals. These include the additions of James Earl Ray for the assassination of Martin Luther King, Jr., and Ramzi Yousef for the 1993 World Trade Center bombing.

The most on the list at one time was 16, when six members of the Weather Underground militant organization were added in 1970 for acts of domestic terrorism.

All fugitives on the list are considered armed and dangerous. If you come across one of the Top Ten fugitives, contact the FBI’s toll-free tip line at 1-800-CALL-FBI (225-5324) or submit a tip online. Additionally, you can contact your local FBI field office or nearest U.S. embassy or consulate.

Thanks to the public’s help, our Ten Most Wanted Fugitives program continues to apprehend some of the world’s most dangerous criminals—while reminding fugitives on the run that the FBI never forgets. 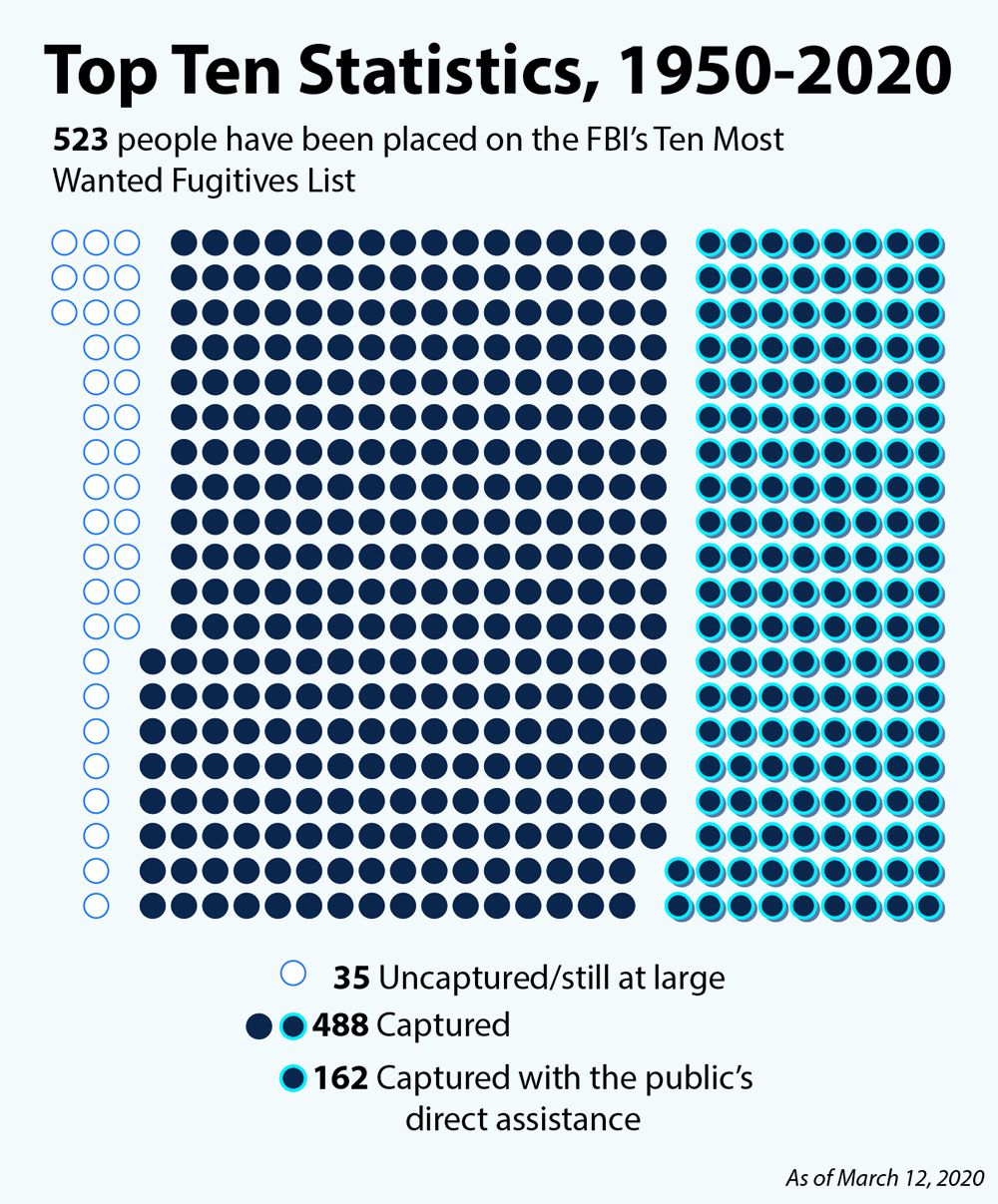 A county executive in Missouri and one of his campaign donors have been convicted and sentenced for their roles in a pay-to-play bribery scheme.

A man and woman who targeted and violently robbed seven senior citizens in West Virginia, Virginia, and Tennessee have been convicted and sentenced to lengthy prison terms.