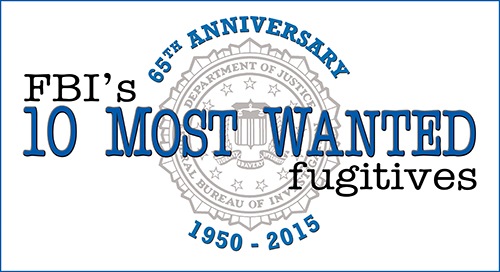 The FBI’s Ten Most Wanted Fugitives program made its debut on March 14, 1950, and in the 65 years since then, 504 fugitives have been added to our list and 473 have been apprehended or located. Of those 473, 156 were found as a direct result of citizen cooperation.

Also known as the Top Ten program, the original purpose of the initiative was to help publicize particularly dangerous fugitives who might not have merited nationwide attention. Early on, it was bank robbers and murder suspects fleeing state jurisdictions. But the list has evolved over time as a tool to search for major organized crime figures, cyber criminals, child predators, serial killers, and white-collar criminals who could be anywhere in the U.S. or even abroad. And while the original wanted posters were often pinned to post office walls or reprinted in newspapers and magazines, today—thanks to technology—we use the Internet, television, social media, and digital billboards to expand our reach even further when asking for the public’s assistance in locating these fugitives.

Some of the more infamous individuals named to the Top Ten list were Usama Bin Laden, James Earl Ray, Ted Bundy, Ramzi Yousef, Eric Robert Rudolph, and Katherine Ann Power. Most recently added to the list was Yaser Abdel Said, wanted for the murder of his two teenage daughters in Texas.

The public has always played—and continues to play—a vital role in our efforts to apprehend fugitives. If anyone has information concerning an individual on the Top Ten list, please contact your local FBI office or nearest U.S. Embassy or Consulate, call the FBI’s toll-free tip line at 1-800-CALL-FBI (225-5324), or submit a tip online.

A look at how one school’s involvement with the FBI is having a positive impact on students.