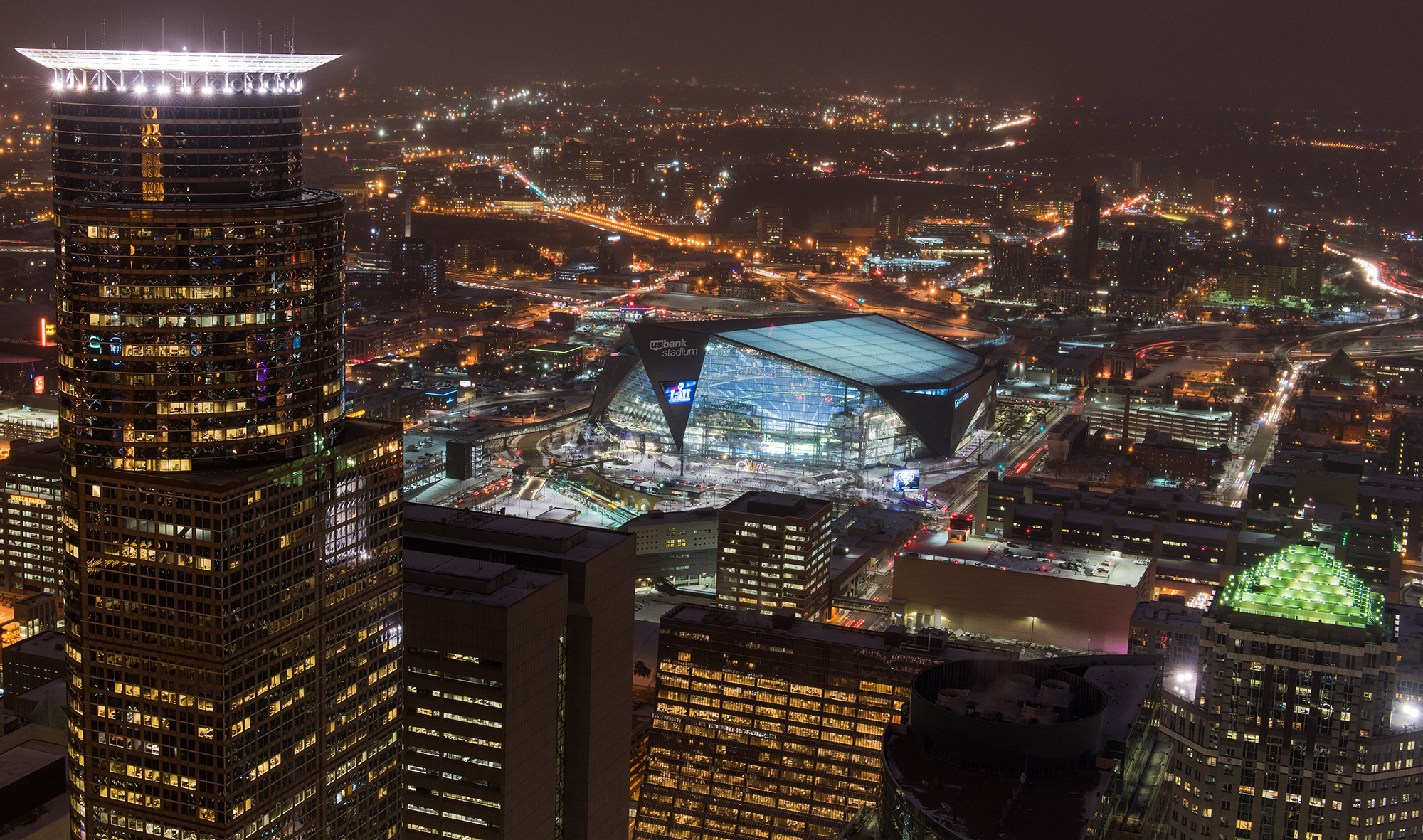 Behind-the-Scenes Look at Planning and Partnerships

On the wintry streets of downtown Minneapolis, ice crunches underfoot. The wind is whipping, and the temperature hovers in the teens. The weather will be one of the many topics under discussion inside the city’s convention center, where officials from every local, state, and federal organization involved with security at this year’s Super Bowl have gathered to put their planning and preparation to the test.

With the big game just around the corner, participants at this recent daylong exercise—the first time everyone has come together under one roof—will be asked to simulate their agency’s responses to a variety of scenarios, from an active shooter event to reuniting a missing child with a parent to keeping fans and first responders warm in the frigid Minnesota winter.

Nearly two years of planning has taken place, largely behind the scenes, to make sure that Super Bowl LII—and the 10 days of events leading up to the kickoff at U.S. Bank Stadium on February 4—is safe and secure. Nothing has been left to chance, not even the weather.

The FBI was among dozens of agencies participating in an exercise in Minneapolis in December to evaluate their security plans for the upcoming Super Bowl in February.

“An event like this is about planning, about preparation, and about partnerships,” said Rick Thornton, special agent in charge of the FBI’s Minneapolis Field Office. “Each organization brings its unique abilities to the table, but it requires tremendous teamwork and cooperation to pull everything together into a unified whole.”

The Minneapolis Police Department (MPD) is the lead agency for security at this year’s Super Bowl, and they are being supported by an impressive team that includes dozens of local police departments and public safety organizations, along with federal agencies including the FBI and multiple components of the Department of Homeland Security.

“I think we have done our best to think of just about every contingency, natural or manmade,” said MPD’s Scott Gerlicher, overall public safety coordinator for Super Bowl LII. “The Super Bowl is just a massive operation, and very complicated,” he explained, “especially in our area.”

Few northern cities play host to the Super Bowl, and dealing with the likely extreme February cold is a necessity for police officers and first responders who will have to brave the elements out of doors (warming huts will be located near the venues). Fans attending the game will be pre-screened at indoor locations, such as the Mall of America, so they won’t have to wait outside the stadium. Securing the stadium itself is challenging because, unlike in many cities, U.S. Bank Stadium is located in the heart of downtown Minneapolis, making the establishment of a secure perimeter difficult.

Today’s exercise, a security dry run of sorts, is a simulated opportunity for the entire team to come together to work through these and other issues as if it is game day.

“We make sure everybody understands what their roles and responsibilities are,” Gerlicher said, “and talk through some scenarios to make sure that between now and when we go live with our full, 10-day operational period in late January, we can identify any gaps and deal with them.”

Gerlicher’s counterpart at the FBI is Joe Rivers, an assistant special agent in charge in the Minneapolis Division who for the past two years has led a dedicated team of agents and professional staff to make sure the Bureau’s piece of the Super Bowl security puzzle is complete—and fits seamlessly into MPD’s overall plan.

“Each organization brings its unique abilities to the table, but it requires tremendous teamwork and cooperation to pull everything together into a unified whole.” 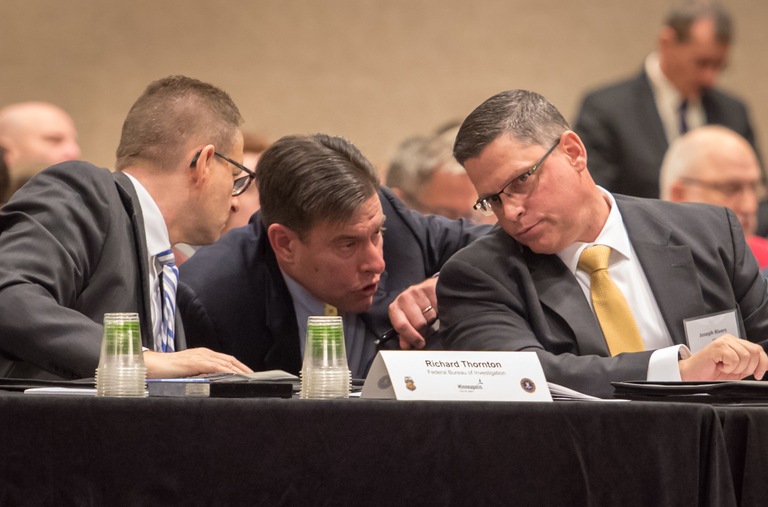 Minneapolis Special Agent Joe Rivers, right, who is leading the Minneapolis Division's Super Bowl security preparations, confers with Mike Hartnett, center, of the FBI's Critical Incident Response Group during a security exercise December 6, 2017, in Minneapolis. With them is Richard Thornton, the FBI special agent in charge in Minneapolis.

The FBI’s main responsibilities include taking the lead in any kind of terrorist, cyber, or major crime incident, and providing intelligence, from both a national and international perspective, about bad actors who might seek to disrupt Super Bowl activities.

“We have planned for this to ensure that nothing happens,” Rivers said. “But if something does happen, some kind of mass casualty incident or terrorism event, then there is a huge shift built into the program to continue to support the event but to transition to crisis response and investigation.”

The FBI has also offered other expertise and resources, including taking responsibility for credentialing thousands of public safety officers and volunteers who will need varying levels of access to Super Bowl venues.

“We are facilitating the name checks and records checks for all the folks who are going to get credentialed,” Rivers said. “That means volunteers, food vendors, private security people—the number of individuals could exceed 30,000. That’s a huge commitment from our office.”

For the FBI as a whole, however, preparing for major events is nothing new. The Bureau’s Critical Incident Response Group (CIRG) maintains teams of agents and experts who specialize in helping to secure major events such as political conventions and the Olympics.

CIRG personnel operate out of the spotlight but stand ready to respond to emergency situations. On hand for the Super Bowl, said Special Agent Mike Hartnett, who heads a crisis management team at CIRG, “will be tactical teams, bomb techs, people that can respond to a hazardous device incident—we’ll bring the whole wealth of response that the FBI can bring.”

“Most agencies deal with events like a Super Bowl maybe once in a career or once in a lifetime,” Special Agent in Charge Thornton said, “where collectively the FBI deals with these things on an ongoing basis. The fact that we have the ability to reach back to the entire FBI with its specialty components, as well as all the other offices, to augment our resources is what makes the FBI unique.”

Alex Khu, a special agent in charge for Homeland Security Investigations (HSI), is the federal coordinator for Super Bowl security. Working closely with MPD and the FBI, it’s Khu’s job to identify and procure needed assets from all federal agencies—everything from technology and equipment to bomb-sniffing dogs—and put them in place for the Super Bowl. This year’s effort represents the largest deployment of federal assets to any Super Bowl ever. “Coordination at all levels is key,” Khu said. “There are so many moving pieces. No one agency can do this alone.”

At the convention center, the day is drawing to a close, and the exercise has gone well. The dry run has shown that the close partnerships and meticulous planning is paying off. “This validates our planning,” Rivers said. “The goal is to have a safe event,” he added. “We want all the fans in town to see the game and enjoy the events and festivities without ever having to know about all the time and effort and energy that went into getting us to this stage.”

“I think we have done our best to think of just about every contingency, natural or manmade.”

Civic and community leaders in Minneapolis are hoping the attention on this year's Super Bowl will also help illuminate the issue of human trafficking in the city and across the country.

In the summer of 2016, a group of Minnesota community leaders from the public, private, and non-profit sector joined with local and federal law enforcement agencies to form an anti-trafficking group to address the issue of sex trafficking at this year’s Super Bowl in Minneapolis.

Although the group established practical goals of providing more outreach and emergency services to help victims, one of its primary objectives was to raise awareness about sex trafficking—and to educate the public that the problem exists not just at major sporting events but throughout the year in communities all around country.

“We don’t want to blame the Super Bowl,” said Amanda Koonjbeharry, who works for Hennepin County, which encompasses Minneapolis, where Super Bowl LII will be played. “It’s not the game that is causing the issue,” she said. “Sex trafficking is happening 365 days a year.” 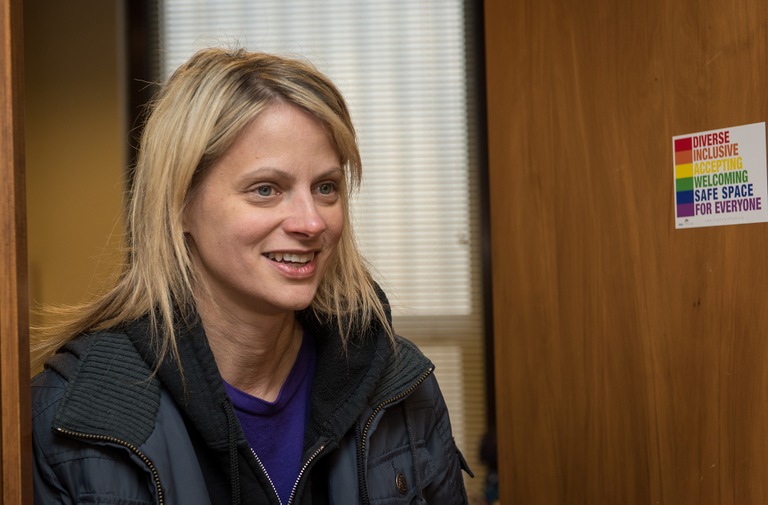 Beth Holger-Ambrose, executive director of The Link in Minneapolis, which serves young people who have been sexually exploited. The non-profit organization launched a campaign against trafficking to coincide with the Super Bowl.

Koonjbeharry manages a county initiative called No Wrong Door, which works to prevent the sexual exploitation of young people. She represents one of approximately 40 organizations involved in the Super Bowl anti-trafficking group. Other participants include hospitals, businesses, non-profits, local police departments, and the FBI.

In the Twin Cities region, said Beth Holger-Ambrose, executive director of The Link—a Minneapolis non-profit that serves young people who have been trafficked—“the Super Bowl has brought an incredible, unprecedented awareness to the issue of trafficking.”

To take advantage of that, The Link produced one of two public service announcements that have been publicized in the months leading up to the Super Bowl. “I Am Priceless” was created by young people who were victims of sex trafficking, Holger-Ambrose said, and is aimed at preventing young girls and boys from becoming sexually exploited.

A second public service announcement, “Don’t Buy It,” aims to discourage men from buying sex and believing misconceptions about women involved in prostitution. “Women are not products,” it says. “Men are more than consumers.”

Holger-Ambrose and Koonjbeharry recently briefed members of the FBI Minneapolis Division’s Citizens Academy Alumni Association about human trafficking as well as the efforts of the Super Bowl anti-trafficking group. Both women told the audience that they regularly work with the FBI to help young victims.

“Human trafficking victims are a large part of the case load that we carry,” said Lauren Schmitz, an FBI victim specialist in Minneapolis, explaining that she has worked with juvenile victims as young as 13 years old. “Trafficking happens every day of the year,” she said. “The Super Bowl has brought an awareness to the issue here in the Twin Cities and in Minnesota.”