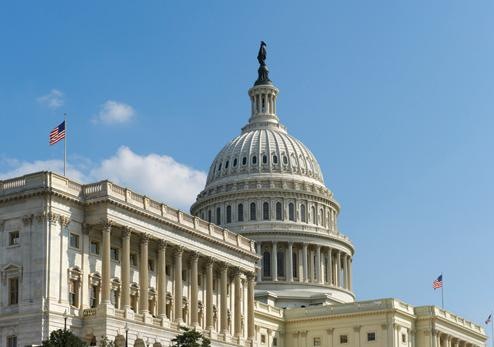 Amine Mohamed El-Khalifi planned to blow himself up at the U.S. Capitol on February 17, 2012.

After months of consideration, a target was picked and a date was set: On February 17, 2012, Amine Mohamed El-Khalifi would strap on a bomb-laden vest and—in the name of jihad—blow himself up at an entrance to the U.S. Capitol. If anyone tried to stop him, he would shoot them with a MAC-10 assault weapon.

That’s how the 29-year-old Northern Virginia resident believed events would unfold that Friday morning when he emerged from his car—suicide vest on and weapon by his side—in a parking garage near the Capitol.

“He totally believed he was going to die in the attack, and he seemed very much at peace with it,” said a special agent on our Joint Terrorism Task Force (JTTF) who investigated the case. “The day of the attack, he was happy.”

What El-Khalifi didn’t know was that “Yusuf,” the supposed al Qaeda operative he was conspiring with, was actually an undercover FBI agent—and the would-be terrorist’s every move was being monitored by members of our Washington Field Office JTTF. Although El-Khalifi believed he was going to kill many people that day in the name of jihad, the explosives in his vest and the assault weapon had been rendered inoperable by FBI technicians.

A Moroccan citizen who came to the U.S. more than a decade ago, El-Khalifi initially embraced Western culture. But in 2010 he began posting radical jihadist messages online and expressed an interest in joining the mujahedeen to fight in Afghanistan. “As far as we know,” said the special agent who investigated El-Khalifi, “he became radicalized online.”

In January 2011, El-Khalifi met with individuals in a Washington suburb where jihad was endorsed and weapons were displayed. By the end of 2011—after he had been introduced to our undercover agent—El-Khalifi was actively seeking to join an armed extremist group, and he suggested bombing attacks on targets ranging from a local synagogue to a restaurant frequented by U.S. military officials.

During meetings with our undercover agent, El-Khalifi handled weapons and explosives and said he would use a gun to kill people face-to-face. Finally, in January 2012, after a test explosion in a West Virginia quarry (carefully monitored by the JTTF), El-Khalifi decided to attack the Capitol building. It would be a suicide mission.

Over the next month, the would-be bomber visited the Capitol building several times to conduct surveillance. On the morning of February 17, El-Khalifi drove to the parking garage and put on the suicide vest. As he walked toward the Capitol, he was quickly arrested.

Four months later, El-Khalifi pled guilty to attempted use of a weapon of mass destruction. In September, he was sentenced to 30 years in prison.

“This case ended well, thanks to the work of the JTTF,” our agent said. “All our JTTF partners, including state and local law enforcement, played a key role. It’s scary to consider this guy’s intentions,” the agent added. “He was totally rational. There was no disconnect from reality—he was going to kill people and he felt that was the right way to express his religious beliefs.”

The agent noted that one of El-Khalifi’s original plans was to take an automatic weapon to a shopping mall and shoot as many people as possible. “It’s frightening to think what might have happened if he had not shown up on the FBI’s radar.”