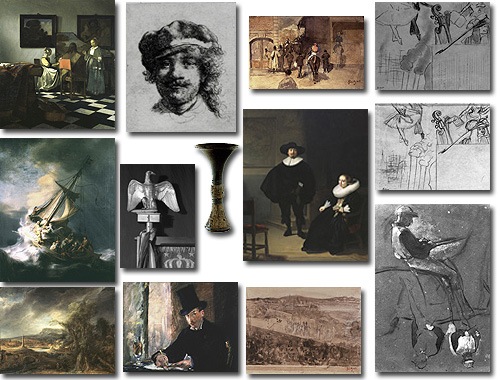 The Isabella Stewart Gardner Museum is offering a $5 million reward in the case.

It was 25 years ago, on March 18, 1990, that two men dressed as police officers gained access to the Isabella Stewart Gardner Museum in Boston and stole 13 objects valued at approximately $500 million. In addition to artwork by Degas and Rembrandt, they took a Vermeer painting that was one of only 36 in existence.

In 2013, the museum offered a $5 million reward “for information that leads directly to the recovery of all of our items in good condition.”

The FBI’s Boston Field Office has diligently investigated the case—in partnership with the museum and the Massachusetts U.S. Attorney’s Office—following leads around the world. The case represents the largest property crime in U.S. history.

Two years ago, FBI.gov profiled the theft and interviewed officials about the investigation and released high-resolution images of the stolen pieces. The FBI is still seeking tips and information that will lead to the recovery of the stolen artwork.