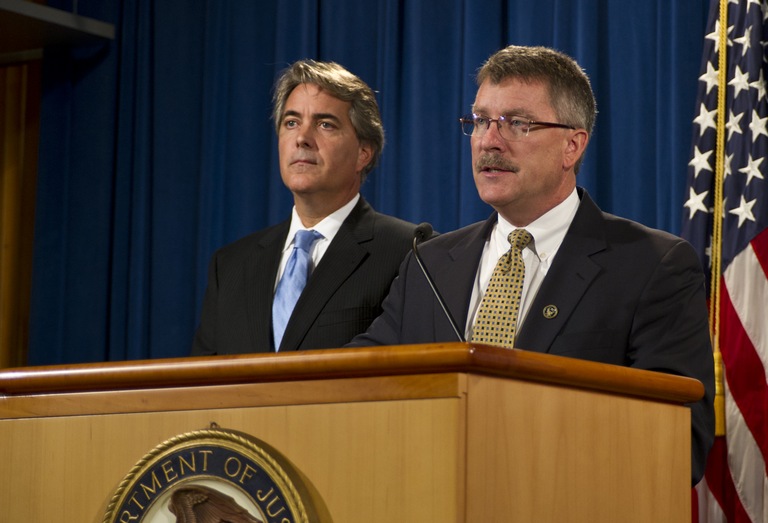 Price-fixing conspiracies by auto parts manufacturers may have inflated the cost of your new car. In announcing guilty pleas by nine Japan-based auto parts makers and two executives, the Justice Department today laid out details of brazen collusion schemes to rig the prices of more than 30 kinds of car parts—like seat belts, radiators, and windshield wipers—sold to U.S. car makers.

The conspiracies—some lasting a decade or more—affected more than $5 billion in automotive parts and more than 25 million cars purchased by U.S. consumers.

“The scheme directly impacted your bank account,” said FBI Criminal Investigative Division Assistant Director Ronald Hosko at a press conference today, where he was joined by Attorney General Eric Holder and Scott Hammond, head of the Criminal Enforcement Program in the Justice Department’s Antitrust Division. “These individuals and companies drove up costs for both vehicle makers and buyers, which caused you to spend more.”

Automakers affected include Ford, General Motors, and Chrysler, as well as the U.S. subsidiaries of Honda, Mazda, Mitsubishi, Nissan, Subaru, and Toyota. Auto plants in Detroit and 13 other states were victims. FBI agents in 11 field offices investigated the cases.

Hammond said car makers—which already operate on tight margins—were victimized along with consumers. When car makers put out requests for bids, he said, “What they didn’t realize is that in back rooms and secret meetings in the United States and Japan, their suppliers were getting together and allocating business and fixing the prices.”

The guilty pleas announced Thursday bring to 20 the number of companies charged in the Justice Department’s ongoing multi-year investigation of the auto industry. Seventeen of 21 executives have also been charged, with most of them facing or already serving prison time. Additionally, heavy fines have been imposed—more than $740 million since the investigation began in 2011. With the recent charges, criminal fines could reach $1.6 billion.

In one case, Gary Walker, an American executive with a Japanese company operating in Auburn Hills, Michigan, rigged bids between 2003 and 2010 to fix the prices of seat belts sold to Toyota, Nissan, Honda, and Mazda manufacturers, according to the federal charges. Other defendants—including Hitachi Automotive Systems Ltd., Mitsubishi Electric Corporation, and Jtekt Corporation—rigged bids on starter motors, alternators, ignition coils, bearings, and other essential vehicle components.

The FBI and Antitrust Division worked closely on the case with counterparts overseas, including the Japan Fair Trade Commission. Search warrants in the U.S. were coordinated with searches overseas.

Hosko said companies trying to game the system should note the stiff penalties meted out as a result of the investigation and prosecutions. “Today’s events and the last few years of investigation should send a clear message to companies that suffer from the notion that they don’t need to follow the rules,” he said. “If you violate the laws of this country, the FBI and the Justice Department will investigate and stop the threat you pose to our economy and to hardworking Americans.”

A pilot program targeting Internet crime was recently launched by the FBI’s Internet Crime Complaint Center (IC3) and the state of Utah.