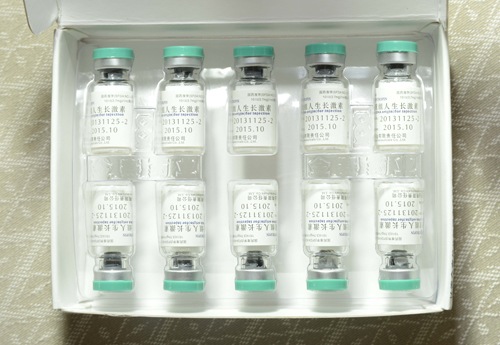 Some of the ampules of anabolic steroids seized by law enforcement during a search of Carl Macchiarulo’s home in Midlothian, Virginia.

Anabolic steroids, according to the National Institute on Drug Abuse, are the common name for synthetic variants of the male sex hormone testosterone. While these drugs are legally prescribed to treat certain medical conditions, they are also abused by some athletes, body builders, and others in attempts to enhance performance.

Because of their potential for abuse and the possibility of them causing serious health problems if misused, anabolic steroids have also been classified as a Schedule III drug under the federal Controlled Substances Act, which regulates the manufacture, possession, distribution, and use of certain substances. Recently, after a joint FBI/U.S. Postal Inspection Service (USPIS) investigation, a 43-year-old Virginia man, who had no license to distribute anabolic steroids and no prescription for the drug, pled guilty in federal court to his role in a steroid distribution conspiracy. This past July, that individual—Carl Macchiarulo—was sentenced to serve four years in prison.

During the investigation, FBI and USPIS investigators were assisted by the Drug Enforcement Administration and U.S. Customs and Border Protection (CBP).

Between December 2012 and September 2014, Macchiarulo owned and operated an illegal anabolic steroid business known as CK Labs out of the Midlothian home he shared with his wife and children. The lab was located in a room that only he had access to.

Not licensed to run a lab, Macchiarulo was also not a medical professional nor a chemistry expert. But despite all that, he purchased—from suppliers in China, Europe, and elsewhere—various raw anabolic steroid powders and pills to manufacture them into finished products and sell them.

Using phony names, Macchiarulo usually e-mailed his orders to his overseas suppliers and sent payments through money transfer services, keeping individual payments low so he wouldn’t have to show identification. And he had his purchases sent either to his residence or to post office boxes opened under fictitious business names.

To avoid detection by CBP officials, suppliers usually sent their products to Macchiarulo in decoy packaging—looking like food or beverage products, toys, etc.

Once Macchiarulo received the steroids, he manufactured the raw products into a finished product for distribution under the CK Labs name. He even had his own logo—a bulldog. To market his merchandise, he bought ads and promoted his fake company—and its very real product—on websites known for advertising anabolic steroids.

Customers from more than 30 states contacted Macchiarulo by e-mail to place orders; they followed up by mailing him cash or prepaid money cards. He then packaged his products and, using a fictitious name and return address, took his parcels to the local U.S. post office.

But his plan was not as foolproof as he thought: As a result of investigative tips, USPIS and CPB eventually seized several of Macchiarulo’s incoming and outgoing packages and, through testing, identified their primary contents as anabolic steroids.

Investigators from the FBI Richmond Field Office and the USPIS, after conducting surveillances of Macchiarulo and undertaking other investigative measures, had enough to obtain a search warrant for his home in September 2014.

Once inside, they found a treasure trove of evidence—thousands of tablets, pills, and liquid ampules containing anabolic steroids; equipment used in the manufacture of finished anabolic steroid products; printed copies of e-mails containing order and payment information from Macchiarulo’s customers; envelopes and packages used to send the steroids; and more than $100,000 in cash, some from the proceeds of the business.

Macchiarulo later surrendered to the government an additional $57,000 in criminal proceeds.

As a result of this multi-agency effort, law enforcement successfully shut down an operation that made a potentially dangerous substance available—without restriction—to anyone willing to pay for it.

Members of the Lucchese crime family were recently sentenced to lengthy prison terms.