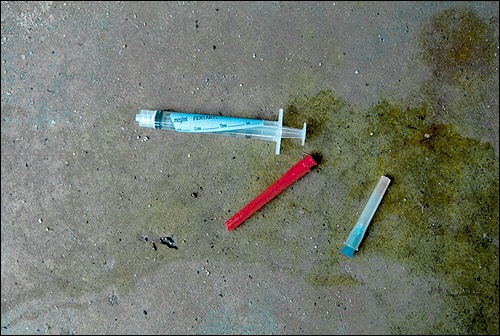 The vast majority of health care professionals are dedicated individuals committed to their patients. But in a recent investigation, we came across a hospital worker who was more committed to his own selfish needs than to his patients—he knowingly put patients at risk of exposure to the hepatitis C virus so he could steal and abuse a powerful narcotic prescribed for use during medical procedures.

David Kwiatkowski—who pled guilty to a scheme to divert and obtain the controlled substance fentanyl as well as to product tampering—was sentenced earlier this month to 39 years in prison. Because of Kwiatowski’s actions, at least 45 people became infected with hepatitis C, a virus that attacks the liver and may cause liver damage, liver failure, or cancer. At least one patient died as a result of the infection.

You see, Kwiatkowski himself was infected with hepatitis C. And he admitted that while employed at a New Hampshire hospital and at hospitals in several other states, he stole syringes of fentanyl prepared for patients about to undergo medical procedures, injected himself with the drug, and refilled those same syringes with saline—tainting them with his hepatitis C-positive blood—for use on unsuspecting victims. As a trained health care worker, Kwiatkowski would have known that hepatitis C, a blood-borne viral disease, is primarily transmitted by exposure to infected blood.

How the case began. In May 2012, the New Hampshire Department of Health and Human Services began a public health investigation after it was notified by an area hospital of four patients newly diagnosed with hepatitis C. Three of the individuals had been patients in the hospital’s Cardiac Catheterization Laboratory (CCL), while the fourth was a CCL employee (Kwiatkowski). Although Kwiatkowski led the hospital to believe he had been previously unaware of his hepatitis C status, the investigation showed that he had known of his infection since at least 2010.

Testing confirmed that all four shared a genetically similar virus, indicating a common source of infection. Because Kwiatkowski had previously worked as a traveling technician in multiple hospitals in several states, the information about his activities was shared with those states, which began their own reviews.

The federal Centers for Disease Control and Prevention coordinated the overall public health investigation, which ruled out other possible methods of transmission and suspected that a drug diversion scheme was the source of the outbreak. During their investigation, public health authorities recommended that more than 12,000 people who may have crossed paths with Kwiatkowski in various hospitals get tested for possible hepatitis C infection.

In June 2012, the FBI’s Boston Field Office opened a full criminal investigation into the outbreak…and into Kwiatkowsi. The investigation involved several search warrants and included a search of Kwiatkowski’s vehicle that uncovered needles and syringes. Working with public health agencies along with other federal, state, and local law enforcement partners, we gathered evidence and interviewed dozens of people who either worked with Kwiatkowski or were patients at hospitals that employed him. By July 2012, we were able to arrest him.

According to New Hampshire U.S. Attorney John Kacavas, the 39-year sentence imposed on Kwiatkowski “ensures that this serial infector will no longer be in a position to harm innocent and vulnerable people, extinguishing once and for all the pernicious threat he posed to public health and safety.” 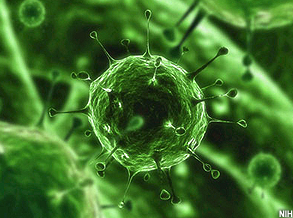 In addition to one patient whose death was linked to the hepatitis C infection, other individuals infected with Kwiatkowski’s strain of hepatitis C included:

The case of a Michigan man is a cautionary tale about online romance and revenge.