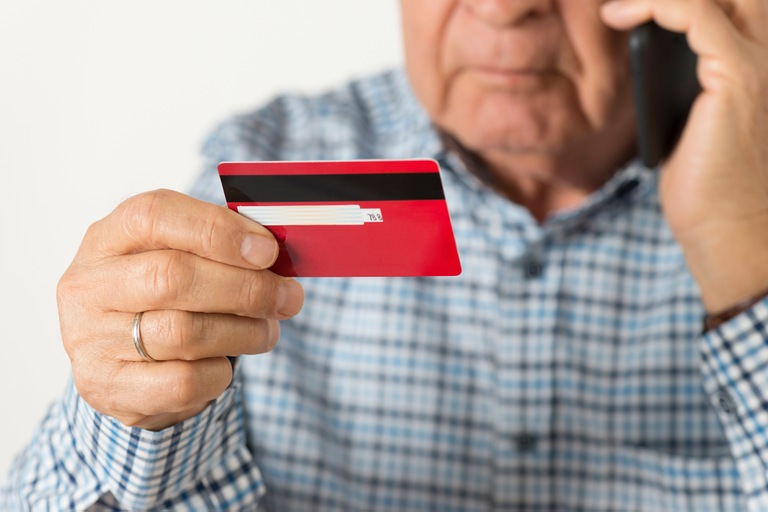 It took more than 10 years for a Canadian man to face justice in the United States for a telemarketing scheme that bilked senior citizens out of millions of dollars, but the defendant is now in prison, thanks to the strong partnership between American and Canadian law enforcement.

In September, a federal judge in California sentenced 57-year-old Mark Eldon Wilson, of Vancouver, British Columbia, to more than 11 years behind bars for orchestrating a telemarketing credit card scam that defrauded at least 60,000 victims, many of them elderly, out of more than $18 million. Victims were conned into paying for credit card fraud protection that was nonexistent.

Wilson fought extradition in the courts for more than a decade before he was tried and convicted in U.S. federal court in March 2018. A jury found him guilty of mail fraud and wire fraud related to the scam that targeted American victims in 37 states.

“This case demonstrates that because of collaboration between U.S. and Canadian law enforcement, the border cannot be used as a shield against prosecution,” said Special Agent Nora Collas, who investigated the fraud from the FBI’s Los Angeles Field Office. “It also proves the value of international law enforcement partnerships,” she added. “We could not have successfully resolved this case without the help of the Royal Canadian Mounted Police.”

Between 1998 and 2001, Wilson operated a phony telemarketing scheme through various companies, including American Fraud Watch Services and OPCO International, Inc. The victims were falsely told by the telemarketers that they were affiliated with the victims’ credit card companies. Victims were also told that they were vulnerable to credit card fraud and would be held liable for fraudulent charges on their cards.

Under Wilson’s direction, the telemarketers sold victims 10-year credit card “protection” for approximately $300, and promised a 100 percent money-back guarantee. Victims were told the fee for this service was as little as $3 per month, but in many instances, their cards were charged the full amount whether they had agreed to that or not.

“This case demonstrates that because of collaboration between U.S. and Canadian law enforcement, the border cannot be used as a shield against prosecution.”

The truth was that Wilson and his sham businesses were in no way associated with legitimate credit card companies, and the credit-card-monitoring and protection services he promised were a fiction. Moreover, credit card companies do not hold victims liable for charges that arise from fraud.

“The telemarketers were very persuasive and created a false sense of urgency in convincing their victims to send money,” Collas said. “They were keenly aware of how to play on their victims’ emotions and how to gain trust. This is an egregious type of fraud,” she added, “especially when the elderly are targeted. But unfortunately, anyone can be a victim.”

With the proceeds from his crimes, Wilson lived a lavish lifestyle, buying luxury boats and a fleet of cars, and traveling to Las Vegas for gambling junkets. He also set up an offshore bank account in the South Pacific in the hopes of hiding a portion of his ill-gotten gains.

When victims began to complain about the charges on their credit cards, the Royal Canadian Mounted Police opened an investigation, and, knowing there were U.S. victims, reached out to the FBI. “This was a real team effort,” Collas said.

Wilson was charged with U.S. federal crimes in 2007, but it wasn’t until 2017 that his legal battle to avoid extradition was exhausted and he was turned over to U.S. authorities. His conviction and prison term provides justice for his thousands of victims, Collas said, but the experience of being scammed can have lasting effects on senior citizens. “Many victims lose more than just their money,” said the veteran fraud investigator. “There is an emotional price for some, who lose their sense of trust in people.”

Senior fraud victims are sometimes embarrassed at being deceived and never tell anyone, but Collas said it is important to inform law enforcement, whether by reporting fraud to the FBI’s Internet Crime Complaint Center (IC3), the Federal Trade Commission, or local or state authorities. That way, law enforcement can spot trends, warn the public about specific scams, and develop strategies to stop the fraudsters.

Listen: A caller claiming to be from OPCO—a company operated by Mark Eldon Wilson, who was sentenced in September 2018 in connection with his operation of a fraudulent telemarketing scheme—attempts to sell bogus credit card fraud protection to an elderly prospective victim over the phone.

It is extremely difficult to get your money back once you have been cheated over the telephone. Before you agree to buy anything over the phone, here are a few things to consider:

Two Iranian men were indicted in connection with the deployment of the sophisticated and sinister SamSam ransomware that crippled the operations of critical facilities in the U.S. and Canada.

Prosecutors secured a 35-year prison sentence for an armed robber who hit three Philadelphia corner stores during a violent two-day crime spree in 2016.