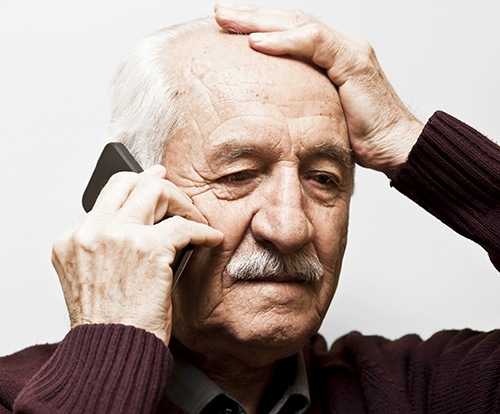 Jessica and Jason Brown acknowledged in federal court that they operated call centers in Costa Rica that falsely informed U.S. residents—predominantly senior citizens—that they had won a substantial cash prize in a global sweepstakes, but the prize was only redeemable if the “winners” sent money to cover insurance and other fees. From 2004 until 2013, the Browns and their crew fleeced hundreds of elderly Americans out of nearly $900,000.

“They could make themselves extremely believable over the phone,” said Special Agent Scott Duffey, who investigated the case from our Baltimore Division. “For people on the other end of the line who were even a little bit gullible or desperate for money, the deception could be too much to resist.”

“The victims of these scams are not just people without an education,” noted Pat Donley, a senior litigator with the Department of Justice who has prosecuted many sweepstakes fraud cases. “Some victims have been doctors, others Ph.Ds. They are just taken in.”

Those who carry out these types of telemarketing frauds, including the Browns, use Internet technology and even forged documents to dupe their victims. They also purchase marketing lists—commonly used by lawful telemarketers—so they may know something about their victims, such as credit cards they might possess.

The fraudsters work out of so-called boiler rooms, usually apartments or offices with banks of phones. They might make hundreds of calls before finding one person receptive to their pitch. Typically, the criminals say they are calling on behalf of some reputable insurance company or a U.S. federal agency such as the Federal Trade Commission or the Internal Revenue Service. The imposters say they want to make sure all the taxes are paid on the sweepstakes money so the winner faces no legal or tax issues.

To mask that they were calling from Costa Rica, the Browns used readily available technology that made victims think they were talking to someone from an area code in Washington, D.C. This added a further air of legitimacy to the scheme, since the callers frequently claimed to be representing a U.S. federal agency.

Though initial prizes were usually billed as second-place winnings, the $350,000 to $400,000 figures were still substantial. The victims were told they would have to pay fees and taxes of about 10 percent—between $3,500 and $4,000—and were often directed to send the money via Western Union.

It didn’t stop there. After receiving money, the scammers would contact the victims again and inform them that their prize amount had increased, either because of a clerical error or because another prize winner was disqualified. Of course, the new, larger prize meant more taxes and fees. The attempts to collect more cash would continue until a victim either ran out of money or realized what was going on, Duffey explained. “One Delaware woman was swindled out of more than $300,000—her life savings,” he added.

Donley has seen similar schemes ruin elderly victims financially. “One person in Florida gave up more than $800,000,” he said, “and a woman from California gave up most of her savings that she was going to use to care for her two handicapped children. These criminals are heartless,” he continued. “It’s easy for them to rob people, because they never meet the victims and never see the consequences.”

Criminals who prey upon the elderly through sweepstakes fraud and other telemarketing schemes can be extremely convincing, but you can avoid becoming a victim by keeping a few simple guidelines in mind.

For more information about sweepstakes and telemarketing fraud, visit the FTC website: http://www.consumer.ftc.gov/articles/0048-government-imposter-scams

Resources:
- Press release
- The Department of Justice’s Elder Justice Initiative
- Frauds from A to Z

Man sentenced for attempting to solicit a murder to get out of $8.2 million debt.