A Black man was simply crossing the street in Santa Cruz, California, on July 5, 2020, when Ole Hougen attacked him with a knife while yelling vile slurs. With detailed accounts from witnesses, Santa Cruz police officers flagged that the assault may have been motivated by bias.

Soon after, Santa Cruz police began coordinating with the hate crimes team in the FBI’s San Francisco Field Office—a regular practice in the area, according to Special Agent Kyle Biebesheimer, one of the field office’s civil rights agents and hate crimes coordinators.

California has its own hate crime laws, but the team examined whether charging Hougen in federal court would allow them to present a stronger case. Hougen had assaulted two other Black men in similar incidents in California in 2014 and 2018, and there was also an older charge involving an assault on a Black man in Washington state. A federal prosecution would allow the U.S. attorney’s office to show a pattern of hate-based violence—information that could put the current charges in context.

The team agreed to pursue the case in federal court. It became the first case the Northern District of California had prosecuted under the Matthew Shepard and James Byrd, Jr. Hate Crimes Prevention Act, which was signed into law in 2009.

“No one should live in fear like that because of the color of their skin, or where they were born, or their sexual orientation, or their gender identity.”

After a six-day trial in April 2021, the jury quickly returned a guilty verdict. “We not only got to bring in witnesses to discuss what they saw and heard on July 5, we got to bring in these prior bad acts,” Biebesheimer said. “It was tremendously powerful testimony.”

On December 2, Hougen was sentenced to 82 months in prison—a sentence that Biebesheimer hopes carries weight beyond this case.

“These crimes are not just crimes about one victim. It is about everyone in that community who looked like him, who could have been walking in that crosswalk,” said Biebesheimer. “When the community reads about these crimes and these offenders who live in their community with them, they start to feel that maybe those streets are not safe for them. No one should live in fear like that because of the color of their skin, or where they were born, or their sexual orientation, or their gender identity.”

Biebesheimer said that although law enforcement may not be able to alter the forces that make someone commit a hate crime, they can be the forces that show crimes driven by hate will not be tolerated. “The community could see not only that their local police department was acting but they had the full support and resources of the federal government, too,” said Biebesheimer.

It’s one reason Biebesheimer and others in the San Francisco office focus exclusively on hate crimes. The commitment has been stressed at the national level, too. Last May, the Department of Justice announced a series of concentrated efforts to prevent and address hate crimes and support victims and communities, and the FBI elevated hate crimes to a top national threat priority in 2021.

Key to those comprehensive efforts is increasing the type of coordination with state and local law enforcement that proved so successful in the Hougen case. Even when federal charges are not pursued, FBI resources, publicity tools, forensic expertise, and experience in identifying and investigating hate-based motivations are available to support the work of local authorities.

The initiative’s other focus is solving the problem of the hate crimes that law enforcement can’t investigate because they are never reported. If you believe you are victim or a witness of a hate crime, we encourage you to report it to the FBI by calling 1-800-CALL-FBI or submitting a tip at tips.fbi.gov. 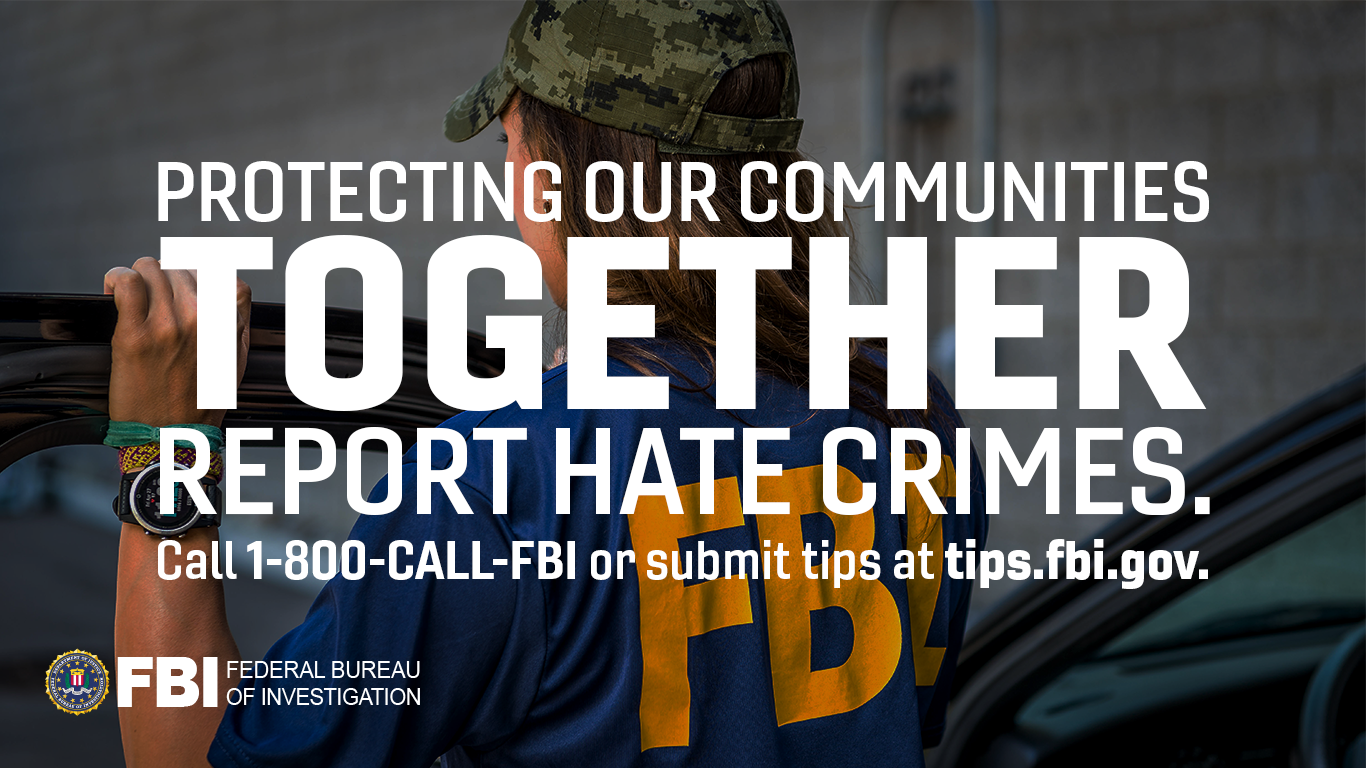 Director Wray Addresses Threats Posed to the U.S. by China

In a speech at the Ronald Reagan Presidential Library and Museum, FBI Director Christopher Wray discussed the myriad threats our nation faces from the Chinese government and Chinese Communist Party.

A woman who killed several patients at a Veterans Affairs medical center in West Virginia by injecting them with unnecessary insulin was sentenced to life in prison for her crimes.