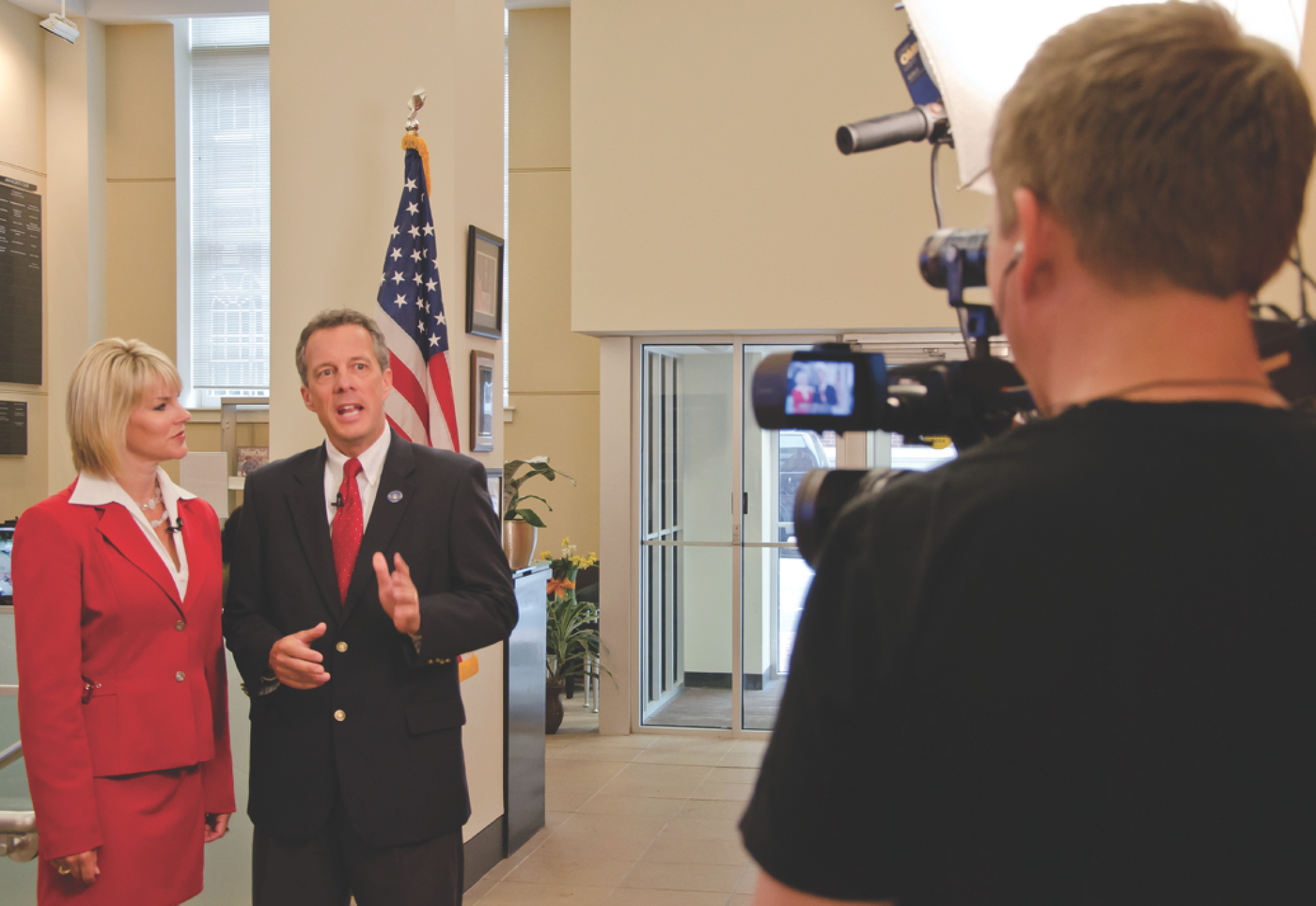 The lights were on and the cameras were rolling as the special agent in charge of our San Diego office got his cue: “This is San Diego’s Most Wanted. I’m Keith Slotter. Thanks for inviting us into your home. Tonight, a rash of robbers, pill-pinching thieves, and a criminal carjacker. We need your help to find them.”

So began the taping of another episode of the FBI’s 30-minute weekly television show that runs Saturday nights in prime time on San Diego’s Fox affiliate, KSWB.

The show, based on the America’s Most Wanted format, celebrated its one-year anniversary recently with an impressive statistic: 57 criminals have been apprehended as a result of good police work and viewer tips. 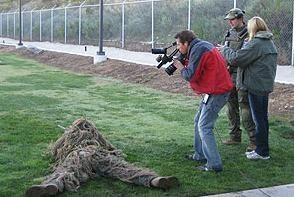 Right: (Taping a scene for “Most Wanted.”) “The main mission of the show is to catch bad guys,” said Slotter, who hosts San Diego’s Most Wanted along with correspondent Lynn Stuart. Viewer tips have led to the arrest of bank robbers, parole violators, and murderers. The very first capture was a man wanted since 2007 on child molestation charges.

Each week’s cases—drawn from FBI investigations and local police departments—feature fugitives, thieves, and violent criminals who have active warrants for their arrest. Missing children are also publicized, which explains the recent on-location filming at the National Center for Missing & Exploited Children in Washington, D.C.

“The show offers a tremendous opportunity to reach the public about San Diego’s most wanted criminals,” Slotter said during a break in filming. “And it’s also an incredible opportunity to partner with local law enforcement and to build relationships in the community. Where else are we going to get 30 minutes each week to talk about cases and initiatives involving all of San Diego’s law enforcement agencies?”

“The show really is a great crime-fighting tool,” said Lt. Andra Brown, San Diego Police Department’s public information officer. The department has captured a number of criminals as a result of the show, she noted. “We are very happy with our FBI partnership.”

Lt. Brown added that the program’s informational segments are also helpful. Recent and upcoming tips on how not to be a robbery victim and scams targeting the elderly, for example, provide valuable public safety information. 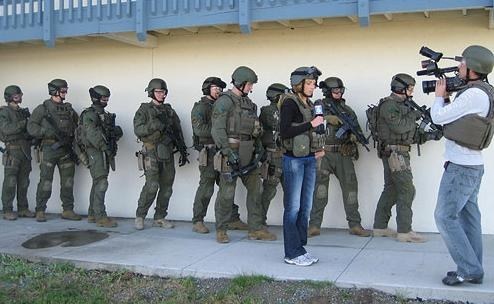 San Diego’s Most Wanted airs Saturday nights at 7:30 p.m. and is repeated Sunday nights at 11 p.m. Tips are received from all over San Diego County as well as from across the border in Tijuana, Mexico. Agents are on hand to take viewers’ information and pass it on to the appropriate law enforcement agency. Tipsters—who can remain anonymous—are eligible for rewards of up to $1,000 for information leading to the capture of those featured on the show.

The idea for San Diego’s Most Wanted was an outgrowth of Slotter’s regular monthly appearances on Fox 5’s morning news program, where he talked about public safety matters, crime issues, and high-priority FBI cases in the San Diego area. “He understands the importance of working with the public and the media to help solve crimes,” said Special Agent Darrell Foxworth, who helps produce the show. And having San Diego’s top FBI agent as the host, he added, gives the program “instant credibility.”

As the episode taping drew to a close recently, Slotter told viewers, “Your tips could be all it takes to get these criminals off our streets.” He added, “We’re sure not going to rest until these fugitives are tracked down and caught. I promise you that.”

How criminals use hidden cameras, fake card slots, and other ruses to steal your money at the ATM.

Artifacts seized in a 2006 investigation were returned to the government of Iraq.