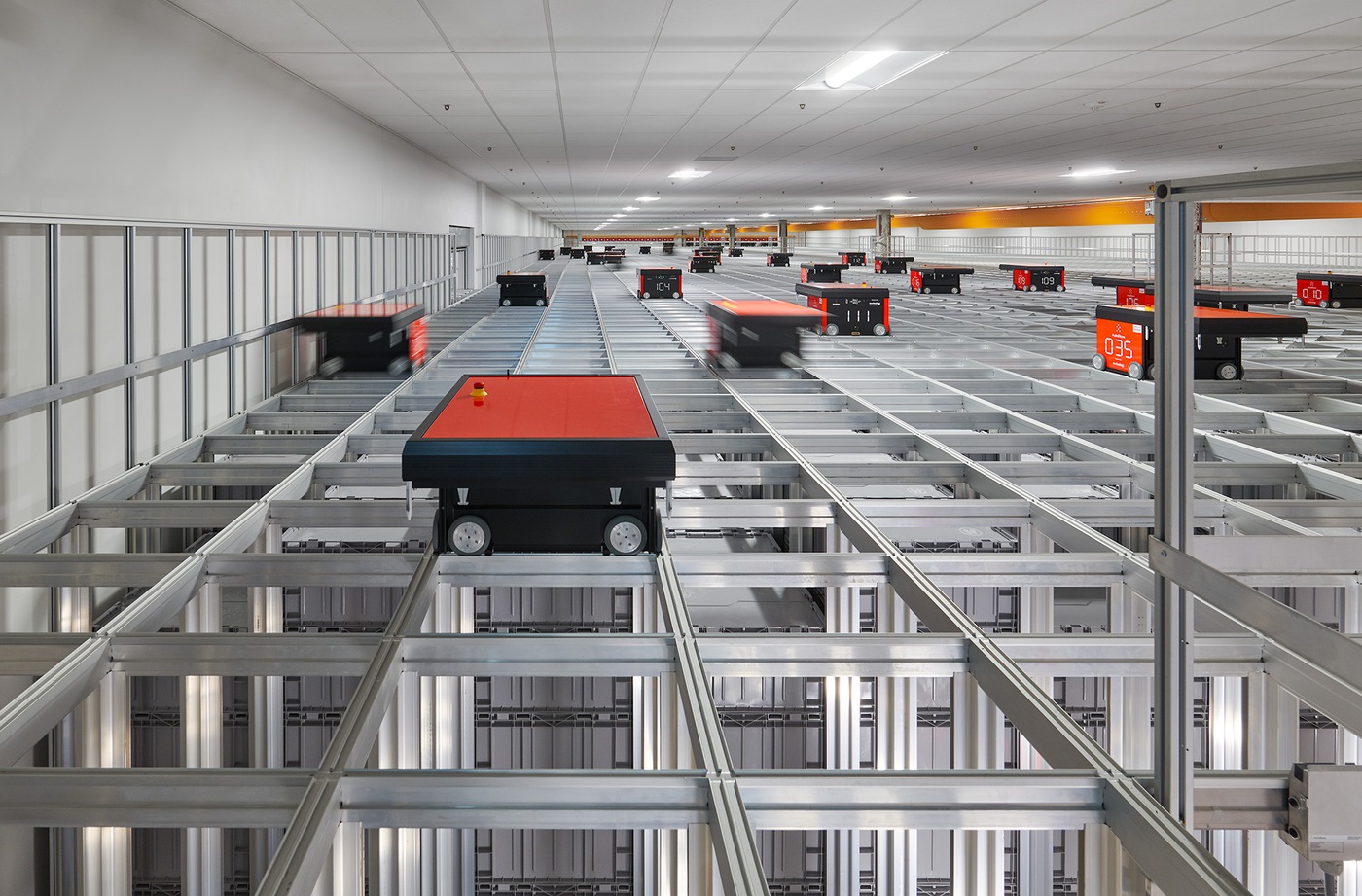 Robots do the heavy lift of organizing FBI files at a new Central Records Complex that will eventually house archived files from all the the Bureau's field offices and other storage sites.

The FBI’s robots have arrived in Virginia. And they’re ready to be fed.

Inside the Bureau’s cavernous new Central Records Complex in Winchester, a squad of automated, wheeled robots have dutifully begun the enormous task of filing away millions of paper records from FBI offices around the country.

The 256,000 square-foot facility, located about 90 minutes from Washington, D.C., will consolidate the storage of truckloads of archived records now housed at each of the FBI’s 56 field offices and other sites.

Work on the $135 million warehouse began in late 2017. The complex opened earlier this year, and in June, staff began loading the first records into custom-designed bins to be shuttled away by robots into darkened, climate-controlled confines for safe keeping and easy retrieval.

The FBI's new Central Records Complex in Winchester, Virginia, will house more than two billion pages of records when it is fully operational in two years. The 256,000 square-foot facility enlists robots to help manage the files of 56 field offices and other storage sites.

The warehouse complex and its state-of-the-art automated storage and retrieval system is one of the biggest in the world, with capacity for more than 360,000 bins, each about the size of a suitcase. The National Archives and Records Administration (NARA) partnered with the FBI on the facility’s design and standards.

“The use of innovative technology to consolidate these files in one single location not only represents a huge cost savings but will also help the FBI most effectively carry out its mission,” said Arlene Gaylord, assistant director of the Information Management Division (IMD).

Information in case files is frequently sought by agents, investigators, prosecutors, and even members of the public through Freedom of Information and Privacy Acts (FOI/PA) requests. When requests are made, the original files are digitized and sent back. Until now, those file requests would be distributed to individual offices and their staffs. Having everything under one roof—along with a dedicated staff and an army of robots to do their bidding—will ease the burden on field offices and make retrieving files more efficient.

“Having all the case files together and easily accessible is an important step in IMD’s quest to become a leader in information management, in order to best serve the FBI and the American people,” said Gaylord, who was a linguist for the FBI in San Diego in the 90s and played an early role in the push to digitize FBI records, an effort informally referred to as “miles of files.”

The sheer volume of paper records—some going back to the Bureau’s earliest days—made wholesale digitization unfeasible, though all requests for files are made electronically. IMD staff approximate that, all told, there are about 117 linear miles of paper en route to the Central Records Complex, or close to two billion pages. One estimate determined that digitizing everything—at current staffing levels—would take more than 40 years. Just shipping all the paper records to Winchester and then feeding that into bins for the robots to shelve is expected to take two years. Every day, robots deposit about 26 pallets of files—the equivalent of a tractor-trailer—into the storage grid after multiple staff confirm the contents of each file.

The push for better records management began in the early 2000s when the National Archives released new regulations for managing federal records. Congressional funding and authority came later, in 2014, when the Bureau received the go-ahead to partner with the General Services Administration to build a new facility. In preparation for the transition, IMD staff have trained field offices on how to prep all their files before they are boxed, put on pallets, and shipped to Winchester.

“To have the building done and to be able to walk in and work here every day, it’s really a thrill,” said Teresa Fitzgerald, a former Archives staffer who joined the Bureau in 2003 and has spent the better part of her FBI career preparing for this transition. 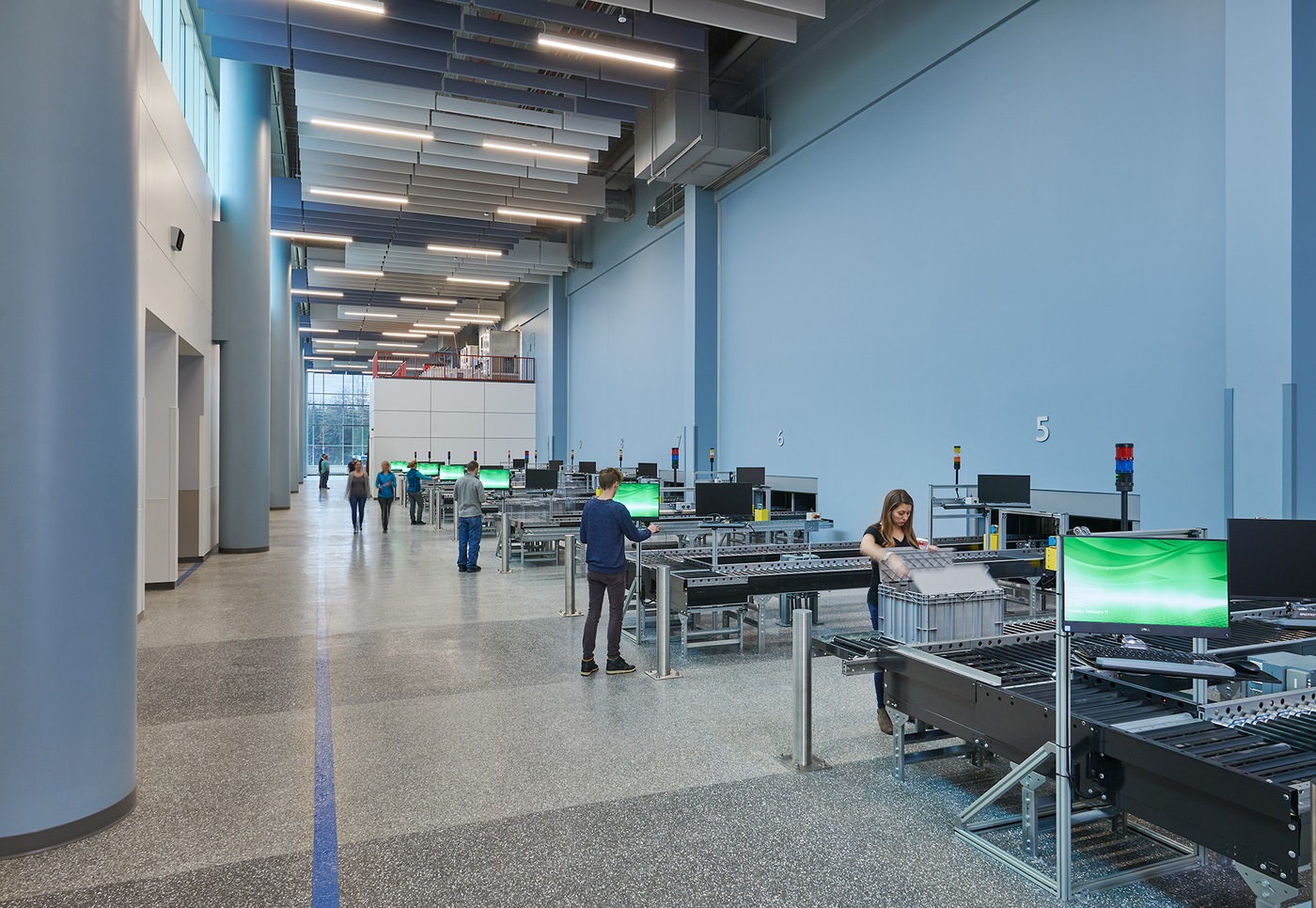 Files are packaged in bins and recorded and fed onto conveyors, which lead into a cavernous climate-controlled storage warehouse where more than 360,000 bins can be automatically stacked and re-stacked 16 bins high.

About 500 people staff the new complex. Since robots will handle the heavy lift of depositing and fetching bins of files, IMD’s sentient beings have more time to determine which files should be preserved and which ones should be scheduled for destruction—in accordance with NARA guidelines.

“By taking care of that menial task of storing and retrieving, we can free people up with the expertise to do things like records scheduling and disposition,” said James Klipfer, chief of the Bureau's Technology Innovation Section.

And while a few private commerce warehouses have similar automatic-storage systems as part of their distribution systems, Klipfer said he’s not aware of any other government facilities like the Central Records Complex.

Here’s how they work: bins of products are stacked 16-high in an elaborate steel grid that the robots traverse by following X, Y, and Z coordinates. When summoned, a robot fetches a requested bin and then re-deposits any bins it has displaced in the process, keeping track of their new coordinates. Over time, the most frequently requested records will remain near the top of the grid and other files will sink to lower positions, which creates its own efficiency.

Cases are closed every day, assuring a steady flow of paper that needs to be safely stored or scheduled for destruction. The new complex is designed to meet the need. “It is sized to have the ability to take in new case files as they are closed,” Fitzgerald said.

“The use of innovative technology to consolidate these files in one single location not only represents a huge cost savings but will also help the FBI most effectively carry out its mission.”

Although the annual in-person DCLA ceremony at FBI Headquarters was canceled this year, we honor and celebrate the dedication and service of each of our award recipients, who are all working to make their communities safer and stronger.

A lengthy FBI investigation resulted in guilty pleas from two men who admitted to their roles in stealing trade secrets from General Electric to start a competing business in another country.