As evening falls in Chiang Mai, the street market in the historic district teems with tourists shopping for bargains. Nearby, at one of the city’s ancient gates, an open-air park begins to fill with young people. This is where a different kind of commerce occurs.

“Here is where the predator blends into the environment looking for boys and girls for prostitution,” said a Royal Thai Police detective who specializes in human trafficking cases and crimes against children. The veteran investigator, who has seen victims as young as 8 years old, explained that while most sex offenders in the West carry out their illicit activity sitting behind a computer, “this is where they come for real. They are hunting children here for real. This is where demand and supply meet.”

In Thailand’s recent past, it was often difficult to prosecute these offenders because Thai law requires a victim to come forward. Where no victim could be identified or was willing to make a complaint, charges were dropped or never filed. “No victim, no case,” the detective said.

A Thai police detective describes human trafficking in his hometown of Chiang Mai.

But the passage of a law that took effect in late 2015 criminalizing the possession of child pornography “closed a pretty important loophole,” said Rob Abrams, deputy attaché for Homeland Security Investigations (HSI)—an investigative arm of the Department of Homeland Security—at the U.S. Embassy in Bangkok. HSI and FBI investigators work closely together and with Thai law enforcement on human trafficking and child exploitation cases involving U.S. subjects and welcome the new law.

“It’s about cheap sex and where the demand and supply meet.”

“It’s a tool that makes it easier to arrest the bad guy,” the Chiang Mai detective said, explaining that many sex tourists have child pornography in their possession, either on a smartphone, laptop, or some other device. Rather than having the child victim suffer the trauma of the legal process, he added, “the new law allows the digital evidence to speak for the kids.”

“What the TICAC has been able to do,” Abrams said, “is to leverage this newfound legislative law enforcement authority to go after those who produce child pornography and who commit domestic and international sex trafficking.”

Modeled on the American Internet Crimes Against Children Task Force, the TICAC is administered by the Royal Thai Police and includes personnel from other Thai law enforcement such as the Department of Special Investigations, an arm of the Ministry of Justice. A multidisciplinary group of prosecutors and social service organizations are also part of the team.

“The task force acts as a clearinghouse of information related to Internet-facilitated crimes against children,” Abrams said, noting that the FBI and HSI have arranged for task force leaders to visit the U.S. to learn American investigative methods and view operations firsthand. “We are very proud, both at HSI and the FBI, of being able to collaborate with our Thai partners on this,” he added. “The enthusiasm from our Thai counterparts has been extraordinary.”

Royal Thai Police Col. Thakoon Nimsomboon, who runs the task force’s daily operations, said the FBI and HSI have helped pave the way for the task force to receive real-time cyber tips related to Thailand directly from the National Center for Missing & Exploited Children, a U.S. organization that works closely with American law enforcement agencies. “We are putting a lot more effort into protecting children than in the past,” the colonel said. “We are working really hard to save children from exploitation.” 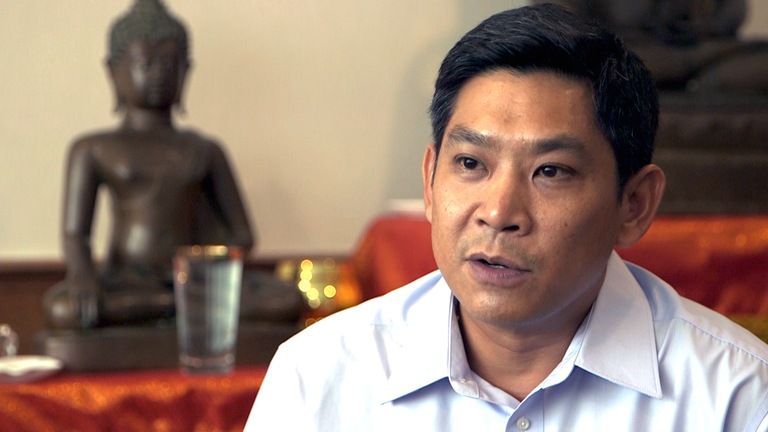 “We are putting a lot more effort into protecting children than in the past.”

“The Thais are developing methods and protocols and defining their technique on how they deal with child exploitation and sex tourism,” said Ernie Weyand, the FBI’s assistant legal attaché in Bangkok. “They are really trying to take international best practice and implement it in their investigations.”

The Chiang Mai detective who has been investigating crimes against children for more than a decade believes the Thai police partnership with American law enforcement has been “a remarkable success. We can run a parallel investigation and not only get the bad guy arrested and prosecuted here, we can also potentially prosecute him in America. That is a great benefit,” he said. “It brings justice to the victims.”

The Thailand Internet Crimes Against Children Task Force (TICAC) is modeled on U.S. task forces that have proven highly effective.

An April 2016 report to Congress by the Department of Justice notes a few of the accomplishments of the FBI-led Internet Crimes Against Children Task Force Program:

The report, The National Strategy for Child Exploitation Prevention and Interdiction, contains an introduction by Attorney General Loretta Lynch that states, in part: “No matter what form child exploitation takes—from the creation and circulation of child pornography to the trafficking of children for sex—it demands the full attention of law enforcement, policymakers, community leaders, and service providers, each of whom plays an essential role in combating this unconscionable crime.”

The FBI and other U.S. agencies are working with the Royal Thai Police to fight human trafficking in Thailand…

Steps you can take to minimize the risks associated with doing business online, surfing the Internet, and sharing information on social media sites.

Case of violent carjackings in and around the Atlanta metro area that resulted in the dismantlement of a criminal gang thanks to the partnership between the FBI and local law enforcement authorities.