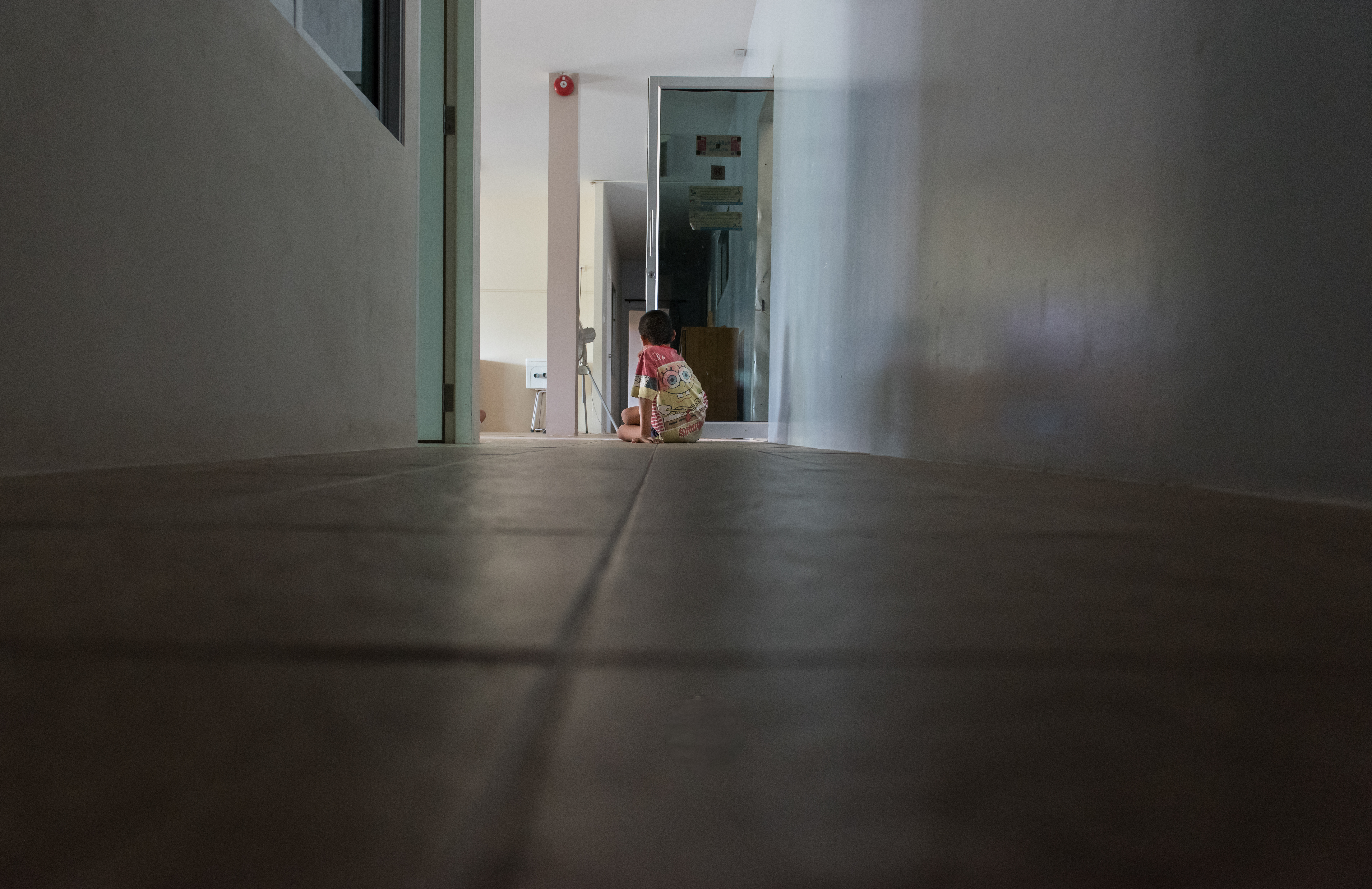 On a hot afternoon near the seaside resort town of Pattaya—known as one of the world’s leading sex tourism destinations—preteen and teenage boys and girls lounge on the tile floor in a large common room watching a video.

To an uninformed visitor, this might be a day camp or community center. In fact, it is the Haven Children's Home, and the nearly 30 youngsters living at the shelter are all victims of appalling crimes—abandonment, physical abuse, forced labor, sex trafficking.

In most cases, the needs of these children continue long after police arrest those who abused them. The shelter represents one small piece of a larger victim services network that includes law enforcement, the court system, social workers, medical personnel, and non-governmental organizations (NGOs) that provide funding for places like Haven Children’s Home.

Through its overseas office in Bangkok, the FBI works with all these groups to further investigations and to help get justice for young victims. Such a multidisciplinary approach—working in tandem with an integrated team of providers—has proven effective in the U.S. and is increasingly being applied in Thailand. For Sudjai Nakhpian, who runs the Haven Children’s Home and has devoted her career to improving the lives of child victims, the concept is a simple one: “We have to help the children,” she said, “because the children cannot help themselves. We have to work together.”

Thai and migrant children are typically placed at the shelter by the courts. They can range in age from toddlers to teens and can stay as little as a few months or as long as a decade or more. Haven Children’s Home is funded by A21, an independent, global non-profit whose mission is to end human trafficking.

“Southeast Asia has one of the highest rates of child trafficking in the world, and, unfortunately, poverty and lack of education makes that possible,” said Malina Enlund, A21’s Asia director. “The scope of the problem is huge.” 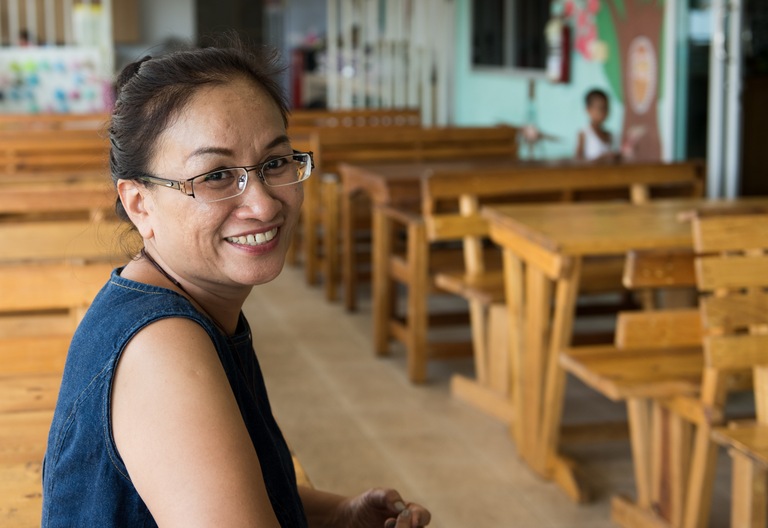 Sudjai Nakhpian runs the Haven Children’s Home in Pattaya, Thailand, a resort town with a reputation as one of the world’s leading sex tourism destinations.

Thailand is one of the wealthiest and most developed countries in the region and attracts destitute migrant families from less developed countries such as Laos, Cambodia, and Myanmar. “And of course, that leads to exploitation,” said Enlund, who has worked in Thailand on behalf of trafficking victims for the past eight years.

Exploitation can take the form of children being prostituted or made to work for cheap wages under deplorable conditions. Some migrant parents are so desperate to feed their families that they rent or sell a child to traffickers who send the youngsters out on the street to beg or to work in the sex trade.

“We are talking about thousands of children,” Enlund said, and in the case of migrants who have no documentation, they are extremely difficult to help because they are essentially unknown. “If they are trafficked from Cambodia or Myanmar and have no papers,” she said, “we are basically looking for children that don’t exist.”

Malina Enlund, Asia director of A21, talks about the challenges posed by child sex trafficking in Thailand and working together with other NGOs, law enforcement agencies, and the Royal Thai Police.

“The demand for children is growing, and it’s being fueled by technology.”

Thai children, many who live on the street, are also targeted by traffickers and pedophiles from the U.S. and other Western nations. “Right now, Pattaya has one of the largest number of pedophiles anywhere in the world living outside their home countries,” Enlund said. And they are not only having sex with children, they are producing child pornography and posting it on the Internet.

Internet forums for pedophiles and pornographers on the so-called Dark Net are expansive and growing, she said, explaining that pedophiles routinely share information online about how to acquire children in Thailand. “With the Internet, we are living in a global community,” Enlund said. Pedophiles anywhere are now “five clicks away from finding a child to abuse. Child sex tourism is growing,” she added. “The demand for children is growing, and it’s being fueled by technology.” 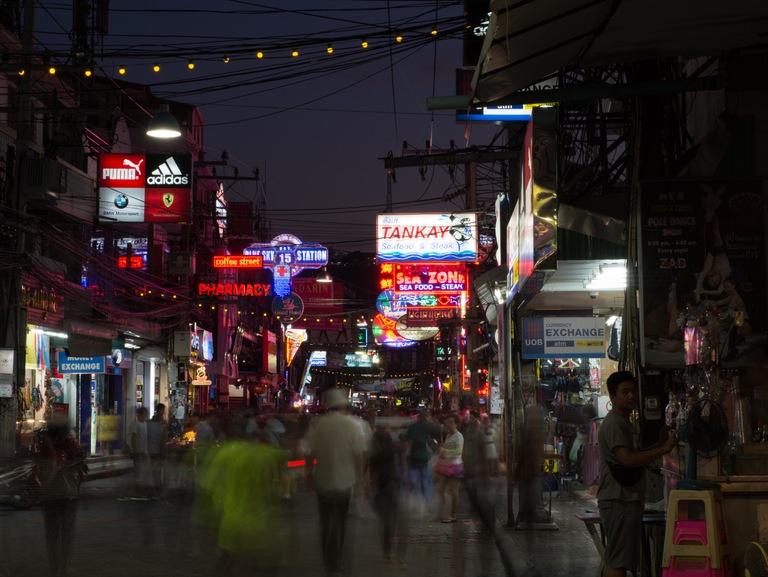 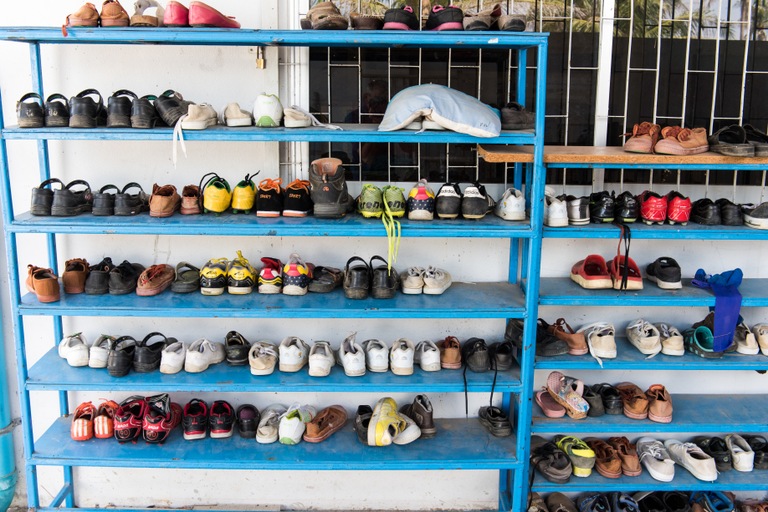 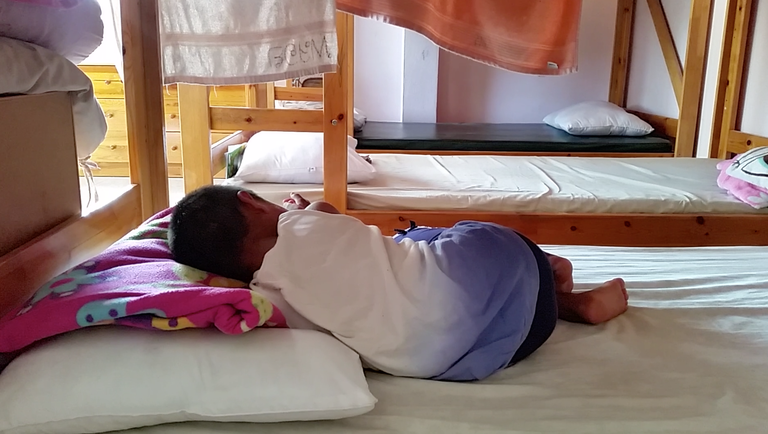 Pattaya's notorious red-light district (above) comes alive at night, while a few miles away, at the Haven Children's Home, kids are sheltered and plugged into Thailand's growing victim services network. The FBI recently provided training for Thai law enforcement and non-governmental organizations like Haven's parent organization, A21, on the inherent benefits of applying a victim-centric approach to investigations.

The presence of the FBI, the Department of Homeland Security, and other U.S. law enforcement agencies in Thailand has helped in the fight against child trafficking, Enlund believes. “The U.S. government is the only government I have seen that provides that amount of help to assist children on the ground—and you not only support looking for perpetrators who are American, you also support child sex tourism victims, and that is the only agency that I know of that does that.”

As for the Haven Children’s Home, Enlund said, “it is a place where children learn to become whole again. Once they know their boundaries and feel like they are protected within those boundaries, they can thrive and go to school and have a normal life. It’s our hope that we can find families for these kids at some point,” she added. “Every child deserves a family.”

Trafficking in Thailand: Signs of Progress

The U.S. Department of State’s annual Trafficking in Persons (TIP) Report is said to be the world’s most comprehensive resource regarding anti-human trafficking efforts. The 2016 report states that while “sex trafficking remains a significant problem in Thailand’s extensive commercial sex industry,” the country is making “significant” progress to deal with its trafficking issues.

“Thailand is a source, destination, and transit country for men, women, and children subjected to forced labor and sex trafficking,” the report said. “Thai victims of trafficking and some of the estimated three to four million migrant workers in Thailand are forced, coerced, or defrauded into labor or sex trafficking.”

The TIP report ranks countries in three tiers according to the seriousness of trafficking offenses and the extent to which governments are addressing the problem. In 2014 and 2015, the report ranked Thailand in the third tier, among the world’s worst offenders. This year’s report marks an improvement, placing the country on the Tier 2 Watch List, noting that while Thailand has “severe forms of trafficking,” it is making “significant efforts.”

Among the TIP report’s recommendations for Thailand:

After a 45-year partnership with the U.S. Army, the FBI formally accepted primary responsibility for the Hazardous Devices School at Redstone Arsenal in Huntsville, Alabama.