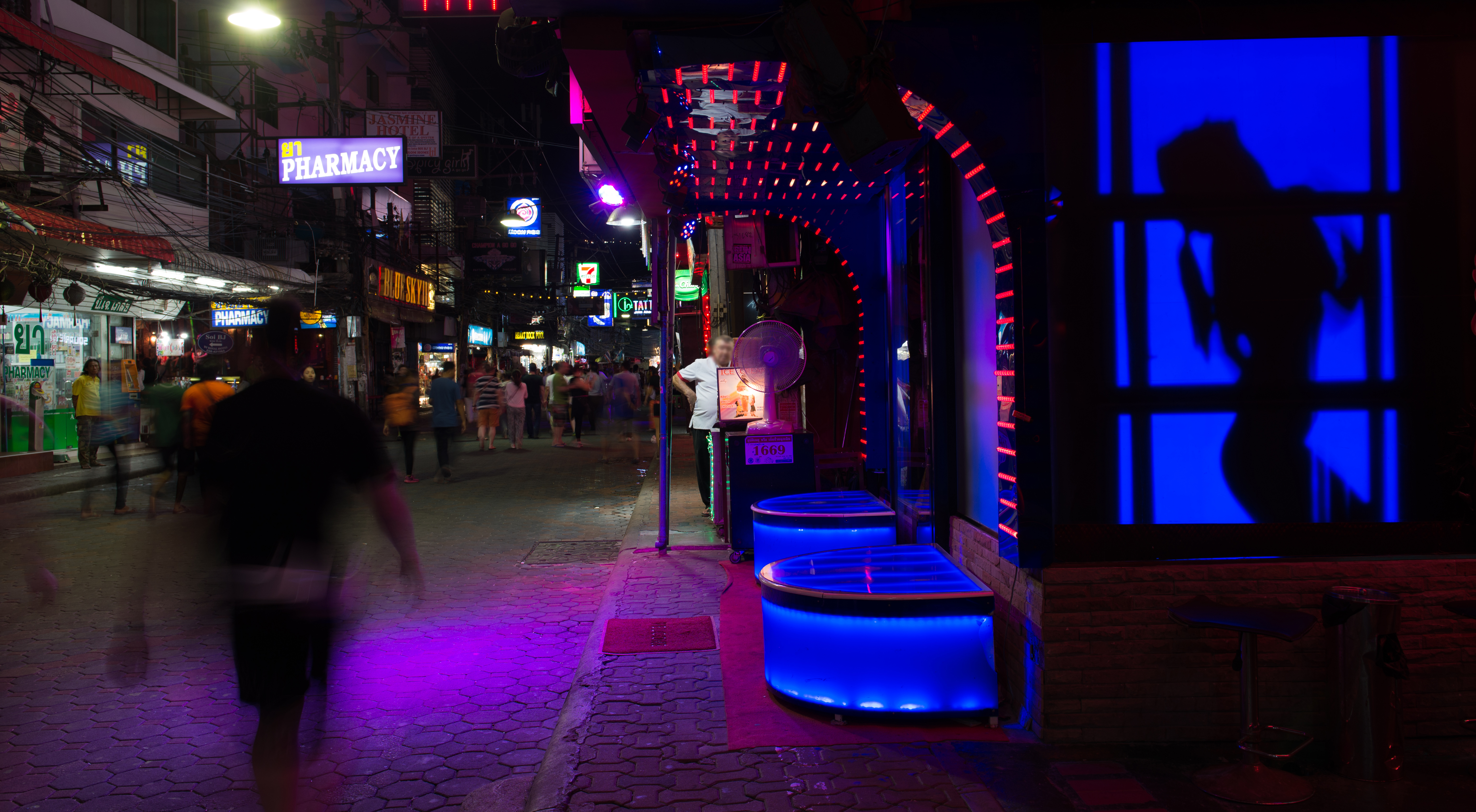 Thailand has long been a popular tourist destination for Westerners charmed by the country’s culture and cuisine, its storied beaches, and its ever-present markets. Unfortunately, a certain type of visitor is also drawn to the well-established sex trade, which too often victimizes children.

The dark side of Thailand’s tourism industry plays out nightly in Bangkok’s tawdry red-light districts, in Chiang Mai’s after-hours club scene, and along the neon-infested Walking Street in the coastal town of Pattaya. In these and other places less obvious, trafficked children can be bought and sold, reduced to the basest form of commerce.

Increasingly, the Thai government—with the assistance of the FBI and other partners—has taken significant steps to address the sexual exploitation of children and to focus more attention on victims, whose interests in the past have sometimes been overlooked.

“The Thai government has adopted a new urgency when it comes to the issues of child exploitation, sexual abuse, and trafficking in persons,” noted U.S. Ambassador to Thailand Glyn T. Davies. “This new urgency is very welcome.”

Davies explained that trafficking is a “huge problem in Thailand, as it is in many countries.” But the Thai government has shown a “new eagerness” to address the problem and to seek help from the United States, the ambassador said. “That is terrific, because we’ve got the FBI, the Department of Homeland Security, and the State Department’s expertise and resources that we can bring to bear.”

U.S. Ambassador to Thailand Glyn Davies describes a "new energy" and interest by the Thai government in addressing child sex trafficking through increased partnerships and collaboration.

More than one million children are exploited each year in the global commercial sex trade.

Young women linger on motorcycles on a busy street in one of the red-light districts in Thailand.

Many of these efforts to stem the tide of human trafficking and child sexual exploitation in Thailand have occurred because of the continuing collaboration between Thai law enforcement and U.S. agencies working in Southeast Asia—notably the FBI, HSI, and the U.S. Department of State.

"American law enforcement has been long-time good friends to the Royal Thai Police,” said Gen. Tamesak Wicharaya, an assistant commissioner on the police force who oversees the TICAC and has been instrumental in moving the victim assistance program forward. “Trafficking is a serious crime,” he said. “It is a crime against human dignity, but when they do this to our children, it is even worse.” The general explained that there is a “clear national agenda” in Thailand to address these issues and to assist young people who are sexually exploited by Thai citizens as well as foreign visitors.

“We see a large number of travelers from the U.S. and other countries coming here to commit acts against children,” said Special Agent John Schachnovsky, head of the FBI’s legal attaché office in Bangkok. “To travel from the U.S. to any foreign country and engage in sex with a minor is against the law.”

“For victims of crime to know that the police force is on their side from day one is very important,” he said. “The world knows that the sexual exploitation of children is a problem. There aren’t two sides to the issue of taking care of victims. This is a situation where we are able to do something that is 100 percent right.”

Schachnovsky pointed out that providing assistance to victims—as the FBI has formally done since 2001—is not only the right thing to do morally, it helps law enforcement more effectively investigate cases. That, in turn, increases the likelihood abusers will be jailed and will cease to pose a threat to the community.

The more child sex tourists and traffickers who are sent to Thai prisons or returned to the U.S. for prosecution, said Gen. Tamesak, the more the word goes out that Thailand is no longer a playground for pedophiles and other sexual predators. “We hope that we can send a clear message to those people that Thailand is not a safe haven for them. We will work harder to stop these kinds of people.”

Ambassador Davies agreed. Given the changes taking place from the top down in the Thai government and in law enforcement, he said, “I think people are making a big mistake if they think they can come here and operate freely when it comes to these types of heinous crimes.”

John Schachnovsky, head of the FBI office in Thailand, describes how the Royal Thai Police has moved quickly to embrace a more victim-centered approach.

“For victims of crime to know that the police force is on their side from day one is very important.”

Child sex tourism describes the act of traveling to another country to engage in illegal sexual conduct with children. It’s a growing problem thanks to the ease of international travel and the free exchange of information online regarding how and where to find child victims overseas. Children from poor and developing countries are often seen as easy targets by American sexual predators.

The U.S. Department of State estimates that more than a million children are exploited each year in the global commercial sex trade—and that exploitation is illegal. American citizens who engage in sexual contact with a minor overseas are subject to prosecution under various U.S. laws, and those laws were strengthened in 2003 with the passage of the federal PROTECT Act. The law enhances the ability to prosecute and incarcerate individuals who victimize children and removes any statute of limitation on crimes involving the abduction or physical or sexual abuse of a child.

The FBI’s Child Sex Tourism Initiative was established in 2008 to address these crimes and to provide child victims with support and services. Working with state and federal partners, along with foreign law enforcement and non-governmental organizations, the Bureau is actively engaged in investigating and prosecuting American child sex tourists anywhere in the world.

Two people were sentenced for their roles in a human trafficking scheme in which victims were forced to work on egg farms and live in deplorable conditions.