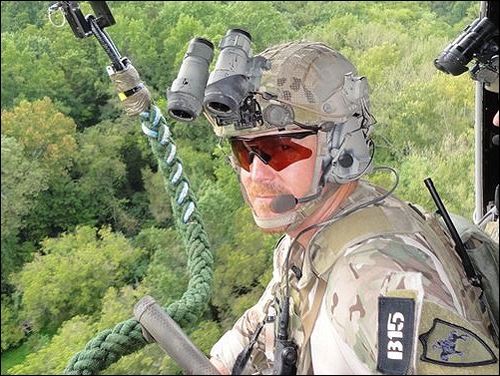 “He always had to do the job that was the most difficult, the most challenging,” said his mom, Tracy Shaw. That personality trait became even more apparent later in life. “If it was going to be difficult to do and few people could do it,” she explained, “he would choose that.”

“I wanted him to grow up and do something that would make him happy,” Tracy said, “and it became apparent as he got older that law enforcement happened to be it.”

Although no one else in the Shaw family had a law enforcement background, Steve— always Stephen to his mom—had his sights set on the FBI since the fifth grade.

After college, to get the experience he needed, Steve worked for several federal law enforcement agencies before joining the FBI in 2005. Six years later, he passed the rigorous selection process and joined the Hostage Rescue Team (HRT).

“He was proud to be an HRT operator,” said Special Agent Bill Baoerjin, a close friend, adding, “He was like a big brother to me.” Baoerjin and other FBI colleagues remember Steve as an exceptional person who was more interested in others’ needs than his own. As an HRT operator, he was praised for his leadership skills and his willingness to take on even the most menial tasks to help the team.

“Steve’s motto was always, ‘Family first, mission always,’” Baoerjin said at the funeral last year. “In spite of his stellar career, in spite of all his achievements and the recognition that came his way, his own measure of success was not in promotions or in commendations but in the care he took of his family.”

A lot of people have talked about Steve from the perspective of a friend and coworker,” said Stella Shaw, Steve’s wife. “But he was an unbelievable dad and husband who really put his kids and me first.”

Stella and Steve met when they both worked for U.S. Immigration and Customs Enforcement. His job as an agent sometimes put him in harm’s way, and Stella understood that as an HRT operator, Steve’s missions could be dangerous. They both accepted the risks.

Nearly a year after the tragic accident that took Steve away from his family, Stella said, “I don’t think there’s a day that goes by that I don’t remember him and wish that he was here.” She is comforted by the fact that her children, ages 5 and 2, give her strength. “They are the driving force that keep everything moving,” she said. “Every day is a new day, and you try to make the best of it.”

Although Steve’s loss remains fresh for his mom as well, “there are a lot of good memories,” Tracy said. “Stephen was a wonderful man who died doing what he loved to do. I am very proud of him.”