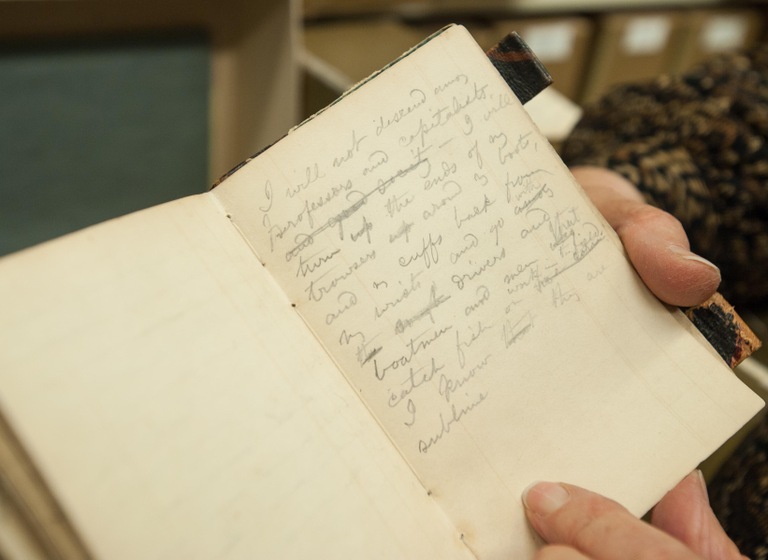 In 1995, four of poet Walt Whitman’s 10 missing notebooks were recovered when they turned up at auction. The rest are still missing.

In 1995, four of poet Walt Whitman’s 10 missing notebooks were recovered when they turned up at auction. The rest are still missing.

In 1942, with World War II raging, the Library of Congress took the precaution of sending some of its national treasures to a guarded facility in the Midwest, including a collection of Walt Whitman’s papers, which were sealed in packing cases prior to shipping. When the collection was returned to Washington in October 1944 and unsealed, 10 of the illustrious poet’s notebooks were missing.

The library searched for the notebooks—and enlisted the FBI’s help—but to no avail. It was eventually concluded that the missing items were intentionally removed before they were shipped in 1942. More than five decades later, in 1995, four of the notebooks were recovered when they turned up for sale at Sotheby’s, but six of the priceless artifacts are still unaccounted for (see sidebar).

The Whitman notebooks are perhaps the most intriguing example of a little-known phenomenon in the world of art investigations: items owned by the U.S. government that have gone missing, many dating back to the New Deal era of the 1930s.

“Trying to locate items that disappeared decades ago represents a significant challenge for law enforcement,” said Bonnie Magness-Gardiner, who heads the FBI’s art crime team. “But we are bringing modern technology to the effort with our new National Stolen Art File, and we are seeing results.”

The National Stolen Art File (NSAF) is an online database of stolen art and cultural property reported by law enforcement agencies throughout the United States and the world and maintained by the FBI. It consists of images and physical descriptions of thousands of stolen and recovered objects in addition to investigative case information. The database is a resource for art crime investigators and for gallery owners, dealers, and auction houses seeking to authenticate works and verify ownership. The public can also search the free online tool, minus the investigative information.

In partnership with other agencies such as the Library of Congress and the General Services Administration (GSA), which is responsible for artifacts and artworks in federal facilities, the FBI uses the NSAF to locate and recover missing artworks owned by the government. 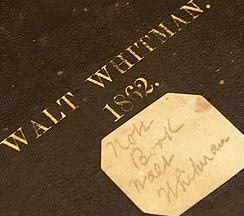 Walt Whitman is one of the country’s most venerated poets, and the six notebooks that remain missing from the Library of Congress Whitman collection represent the library’s biggest cold case, according to Ken Keeler, the library’s assistant inspector general for investigations.

The original 1942 theft was determined to be an inside job, but no arrests or recoveries were made. The possessor of the four notebooks recovered in 1995 had no idea they were the property of the government.

Keeler said his office is actively pursuing leads and hopes to one day recover the missing notebooks. “Using modern technology like the FBI’s National Stolen Art File,” he said, “we can reach specific art communities better, along with the general public.”

There are no living suspects in the case, and the government is not interested in prosecuting anyone. In fact, Keeler said, any individuals who help locate the missing notebooks would likely be celebrated for their efforts to return these national treasures to their proper home.

If you have any information concerning the Whitman notebooks, contact your local FBI office or submit a tip electronically on our website. Or you can contact the Library of Congress Office of Inspector General at oighotline@loc.gov.

As the official custodian of artworks produced under the federal Works Progress Administration (WPA) during the New Deal era, the GSA has partnered with the FBI and the art community to recover misplaced and stolen WPA works. The agency maintains an inventory of significant WPA art, which has been added to the FBI’s database.

“Often the people in possession of these WPA works don’t realize they have no legitimate claim on them,” said Gardiner. “They may have inherited them or found them in the attic of their grandparents’ house.” In an attempt to value or sell the works, the possessors contact dealers or auction houses, who, in turn, consult the NSAF and discover the items are rightfully owned by the government.

Investigators with the GSA’s Office of Inspector General work to authenticate and recover the works, and in many cases, the agency then loans the recovered items to museums and galleries across the nation, where they can be enjoyed by the public—as they were intended to be.

“These works commissioned in the 1930s and ’40s are part of America’s culture and history,” Gardiner said. “They belong to the government, but really they belong to the public, and we are working to make sure that the public has access to them.”

The FBI is the centralized collection point for foreign fingerprint records and biometric data.

Our series concludes with a look at how our experience in Kabul will pay future dividends.