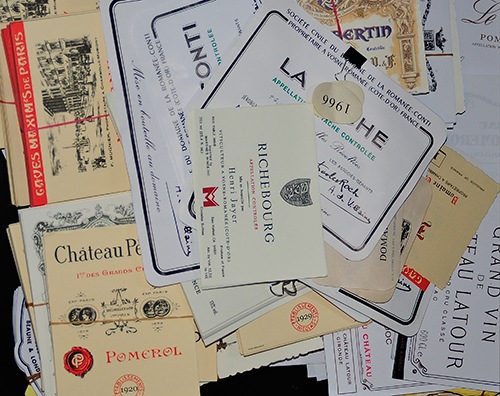 “The same old wine in a brand new bottle” is a phrase that aptly describes how fraudsters deceive the public in ever-changing ways. It applies perfectly to Rudy Kurniawan’s profitable and long-running counterfeiting scam—except that Kurniawan was putting new wine in old bottles.

Earlier this month, a New York federal judge sentenced Kurniawan to a 10-year prison term for his elaborate counterfeiting scheme in which he mixed newer, cheaper wines together and poured them into old bottles with forged labels.

When FBI agents executed a search warrant at Kurniawan’s California home in 2012, they found wine-making materials everywhere in plain sight. “Essentially, the entire house was a fake wine-making laboratory,” said Special Agent Adam Roeser, who helped investigate the case out of our New York Division.

“There were old bottles soaking in the sink. There was fresh wax dripping off bottles in another room,” Roeser said. “There were piles and piles of corks, and on the kitchen counter there were 30 to 50 open bottles with a funnel and re-corker next to them. We found fake labels going back to 1899. He could make any label going back to the end of the 1800s.”

Investigators are not certain how long Kurniawan—an Indonesian citizen who was in the U.S. illegally—was engaged in his scheme, but he appeared on the wine scene a decade ago, buying rare wines and later selling them. With access to a seemingly endless cache of rare and expensive Burgundies and Bordeaux varieties, among others, he was the toast of the town among a small group of high-end dealers and collectors.

“Wine is a collectible just like art,” said now-retired Special Agent Jim Wynne, a long-time member of the FBI’s Art Crime Team who investigated the Kurniawan case. “People want this stuff. Kurniawan was able to establish a persona as a rare wine connoisseur, and everyone believed his story.”

Kurniawan befriended auctioneers and private collectors. He picked up the tab at expensive wine dinners with big-name chefs in Los Angeles and New York. And through those connections, he sold approximately $30 million worth of counterfeit wine.

“People were seduced by him,” Wynne said, “and many suspended their good sense. And these were not stupid people,” he added. “The people who can pay tens of thousands of dollars for a bottle of wine are often extraordinarily successful and wealthy. They just took it on faith that Rudy was telling the truth.”

Ultimately, French wine makers who became suspicious of Kurniawan’s claims cooperated with investigators to help to stop the fraud. With their help and the “typical gumshoe work” of investigators interviewing people and reviewing countless records, Roeser said, Kurniawan was arrested in 2012 and found guilty by a jury at trial in December 2013.

“The evidence against Kurniawan was overwhelming,” Wynne said. “He was the forger, consignor, and marketer, all in one.”

Besides counterfeiting, Kurniawan was also found guilty of bank fraud relating to a $3 million loan he obtained by providing false information, including omitting more than $7 million in outstanding loans, misrepresenting his annual expenses, and claiming he was a permanent U.S. resident when he had no legal immigration status in the country.

In addition to the prison sentence, Kurniawan was ordered to forfeit $20 million and to pay more than $28 million in restitution to his victims.