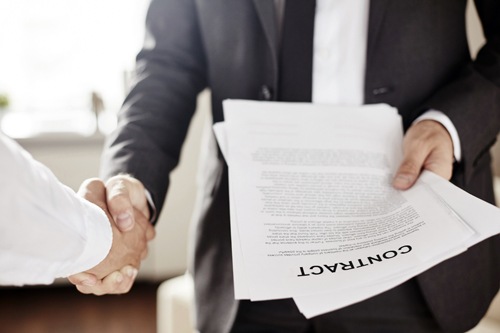 Public corruption is the FBI’s top criminal priority, and the recent return of a convicted public official who had fled overseas demonstrates the lengths the Bureau will go to ensure that those who betray the public trust are brought to justice.

The investigation into Amer Ahmad, former deputy treasurer for the state of Ohio, began with allegations of corruption involving that office’s awarding of lucrative contracts to manage state-owned securities. It ended with guilty pleas and subsequent federal prison sentences for Ahmad and his three co-conspirators, but Ahmad was sentenced in absentia because he had fled to Pakistan, the birthplace of his parents.

But by 2010, following allegations of corruption with the treasurer’s office, the FBI’s Columbus Resident Agency opened a case (and was later assisted by its partners at the Ohio Bureau of Criminal Investigation—members of the newly formed Central Ohio Public Corruption Task Force).

As the case unfolded, investigators identified Ahmad and three other individuals as the primary players in the corruption scheme. Ahmad’s co-conspirators included:

The scheme. From January 2009 to January 2011, Ahmad used his position to direct official state business to the financial firm run by Hampton in return for more than $500,000 in bribe payments. Records showed that Hampton Capital Management became an approved Ohio treasurer’s office broker in 2009 through a process personally overseen by Ahmad and had received the most trades—360—of any broker for the state of Ohio in 2009 and 2010. Hampton made approximately $3.2 million in commissions from those trades.

Hampton also funneled a number of payments to Ahmad through Alo, who profited from the scheme by keeping some of the money himself.

Investigators were able to obtain evidence of the corruption—and of the conspiracy—from a variety of sources, including e-mails, financial records, and interviews.

All four subjects were indicted on corruption charges in August 2013. At the time of his indictment, Ahmad had already left his job in Ohio to take another government position, this one with the city of Chicago. After guilty pleas by Hampton, Chiavaroli, and Alo, Ahmad pled guilty in December 2013.

The flight. In April 2014, while awaiting sentencing, Ahmad fled the country and eventually flew to Pakistan. But upon his arrival at the airport, he was arrested by Pakistani authorities for attempting to enter the country using false documentation and taken into custody.

Immediately upon discovering that Ahmad was in Pakistan, U.S. authorities began extradition proceedings. In the meantime, in December 2014, Ahmad was sentenced—without physically being in court—to 15 years in federal prison. His co-conspirators also received prison terms.

And by August 2015, Ahmad was on another plane—this time in the company of FBI agents and U.S. marshals—bound for Ohio.

Corrupt public officials can undermine our security, our safety, and public trust and confidence in our government, while wasting billions of dollars along the way. That’s why the FBI will continue to investigate these types of cases so strenuously.

Partnership Against Corrupt Officials Pays Off in Central Ohio

In 2013, to more effectively address corruption in the state capital of Columbus, the FBI created the Central Ohio Public Corruption Task Force. In addition to the Bureau, the task force includes numerous agents from the Ohio Bureau of Criminal Investigation and investigators from the U.S. Department of Transportation-Office of Inspector General, U.S. Department of Labor-Office of Inspector General for Labor Racketeering and Fraud, and Internal Revenue Service-Criminal Investigation.

In its short existence, the task force has been extremely successful. Besides assisting with the convictions of Amer Ahmad and his co-conspirators, it has worked toward convictions of four members of the Ohio General Assembly and numerous corrupt law enforcement officers, lobbyists, public officials, and businesspersons.

Inside the investigation of a construction boss behind a $58 million HOA scam.