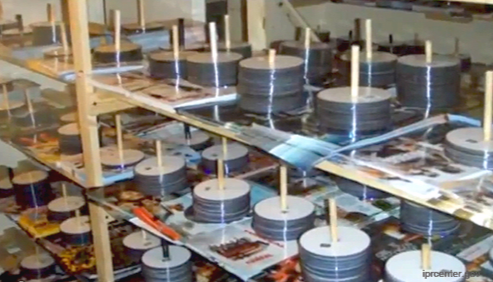 Pirated software like this could be laced with malicious software, or malware.

You decide to order some software from an unknown online seller. The price is so low you just can’t pass it up. What could go wrong?

Plenty. Whether you’re downloading it or buying a physical disc, the odds are good that the product is pirated and laced with malicious software, or malware.

Today, the National Intellectual Property Rights Coordination (IPR) Center—of which the FBI is a key partner—is warning the American people about the real possibility that illegally copied software, including counterfeit products made to look authentic, could contain malware.

Our collective experience has shown this to be true, both through the complaints we’ve received and through our investigations. It’s also been validated by industry studies, which show that an increasing amount of software installed on computers around the world—including in the U.S.—is pirated and that this software often contains malware.

As in our above scenario, pirated software can be obtained from unknown sellers and even from peer-to-peer networks. The physical discs can be purchased from online auction sites, less-than-reputable websites, and sometimes from street vendors and kiosks. Pirated software can also be found pre-installed on computers overseas, which are ordered by consumers online and then shipped into the United States.

Who’s behind this crime? Criminals, hackers and hacker groups, and even organized crime rings.

And the risks to unsuspecting consumers? For starters, the inferior and infected software may not work properly. Your operating system may slow down and fail to receive critical security updates.

But the greater danger comes from potential exposure to criminal activity—like identity theft and financial fraud—after malware takes hold of your system.

To guard against malware and other threats, read our tips on how to protect your computer. If you think you may have purchased pirated software (see sidebar on how to spot it), or if you have information about sellers of pirated software, submit a tip to the IPR Center or the Internet Crime Complaint Center.

And know this: Pirated software is just one of the many threats that the IPR Center and the FBI are combating every year. The theft of U.S. intellectual property—the creative genius of the American people as expressed through everything from proprietary products and trade secrets to movies and music—takes a terrible toll on the nation. It poses significant (and sometimes life-threatening) risks to ordinary consumers, robs businesses of billions of dollars, and takes away jobs and tax revenue.

Is Your Software Pirated?

Possible signs of what to look for:

Operation Cross Country—a three-day nationwide enforcement action focusing on underage victims of prostitution—has concluded with the recovery of 105 sexually exploited children and the arrests of 150 pimps and other individuals.