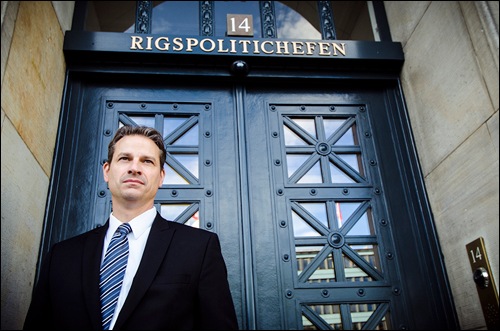 When militants attacked a gas processing facility in Algeria earlier this year, killing three Americans, the FBI already had a web of partners in place to help work the case. The network extended from Algiers, where the Bureau has an office, or legal attaché (legat), to the FBI’s office in Copenhagen, Denmark, which maintains close ties with all the Nordic countries, to Norway, home to one of the gas facility’s owners and five of the nearly 40 hostages killed there.

Throughout the siege, information flowed between agents on the ground, workers in hiding and their employers, Norwegian police, and the Bureau’s International Operations Division, which runs 64 legat offices around the world. The familiar relationships—cultivated under less dire circumstances—helped authorities work to quickly assemble a picture of what was happening. The ensuing probe led to terrorism charges in July against a self-proclaimed al Qaeda leader in North Africa.

“We worked very closely with the Norwegian police to investigate the attack,” said Special Agent Johannes Van Den Hoogen, the legal attaché in Copenhagen since 2012. “To get a clear picture of what was happening on the ground, the FBI and Norwegian police needed to combine our respective resources. Throughout the crisis, we shared information about what we saw and heard. It’s a great example of how we use our legat network to work with a partner in our area.”

The case illustrates how relationships forged by our overseas outposts can yield unforeseen dividends. The Copenhagen legat—the FBI’s liaison with Sweden, Norway, Iceland, and Finland, in addition to its host country—investigates or assists on many of the same types of crimes seen elsewhere in the world: cyber, terrorism, organized crime, and financial fraud. If dots from a U.S. case lead to any of the Nordic countries, the FBI can call on its partners; if the dots lead back to the U.S., agents in field offices can assist by running down leads.

In a recent child pornography case in Finland, investigators tracked obscene images to the United States. The FBI opened its own parallel case, interviewed victimized children here, and helped Finnish police lock up a criminal. That mutually beneficial cooperation is common, said Van Den Hoogen. When it comes to international fugitives, this close cooperation is paramount. In the past year, the skilled work of Swedish police officers helped to locate two fugitives sought by the FBI.

“When cooperation is built on friendships and your partners also see you care about their country, they will go to extra lengths to work with you,” he said.

In Denmark, where Legat Copenhagen was established in 1999, local police know they can rely on the FBI’s extensive network if a case reaches beyond its borders. “We take advantage of your presence in different countries,” said Jens Henrik Højbjerg, commissioner of the Danish National Police, which covers the country’s 12 police districts as well as its intelligence service. “We can take advantage of your network, your relationships, your contacts. And this is very, very helpful.”

Denmark has a relatively low crime rate, but the region isn’t immune to threats seen in lower latitudes. In 2011, a lone gunman killed 69 people at a youth camp outside Oslo, Norway. In 2008, U.S. citizen David Headley plotted a terrorist attack on a Danish newspaper on behalf of al Qaeda. Violent biker gangs are as troubling to Danish authorities as street gangs are to police in the United States. Cyber crime, meanwhile, respects no borders, a potential problem for isolated countries.

“When it comes to cyber crime, we are grateful that we have cooperation,” said Commissioner Højbjerg. “We are a small country, so it’s important to us that we can have close cooperation in this area.”

Van Den Hoogen said the benefits flow both ways. “Treat your partners well and work with them and you will get stuff turned around very quickly,” he said.

Forging Connections Around the World

The FBI doesn’t just work with its global partners on investigative matters. We also offer the opportunity for U.S. and international law enforcement leaders to participate in a 10-week professional development course aimed at raising law enforcement standards, knowledge, and cooperation worldwide. Initiated in 1935, it’s called the FBI National Academy, and Eric Vand, head of officer training for the Danish National Police, is a graduate—one of 87 to date from the five countries covered by Legat Copenhagen—and strong supporter of the program.

Vand, a 20-year veteran of law enforcement, not only attended the invitation-only National Academy in Quantico, Virginia in 2006 as a student, but was also invited two years in a row (2008 and 2009) to teach a National Academy course on leadership and communications—something he learned a lot about from the FBI. “I was very impressed by the instructors at the academy,” he said, “I took a lot of that back with me.”

One of Vand’s takeaways included the concept of bachelor’s and master’s degrees in policing. A seed was planted while he was at the National Academy, so when he was invited to be a part of developing such a program for the Danish National Police, he jumped at the chance. “I said yes because I know it works,” he explained. “If you don’t look outside of your organization, it’s pretty hard to get smarter.”

Danish Police Commissioner Jens Henrik Højbjerg agrees. “When my officers come back from the FBI National Academy … they get a lot better understanding of what the FBI is doing. That means it’s much easier when you start something up together, that you have an understanding about the organization and the structure with the partner that you have.”

Vand says that some of the most important things to come out of the National Academy are the professional and lifelong partnerships that transcend borders. “I use that network today,” he explains. “I use the 33,000 members of the National Academy … almost every week.” The expansive web of grads that spans the globe is “much, much better than if you know a few persons in a very close, very tight network.”

Since becoming a part of that alliance, Vand has gained an appreciation for it and what it can do. “Through the years, we have learned a lot from the Bureau. There’s always somebody there that can help me,” he said. And it goes both ways. “If you have a Dane for a friend, you will have a friend forever. That’s the way it is.”

The case of a hospital worker who knowingly exposed patients to the hepatitis C virus.