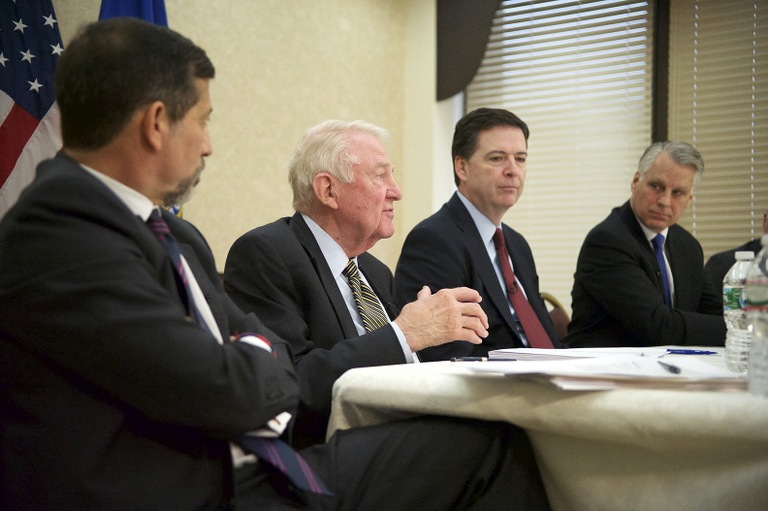 A Congressionally mandated panel charged with reviewing the FBI’s implementation of recommendations contained in the 9/11 Commission Report in 2004 today issued its findings.

The release of the 9/11 Review Commission’s report, The FBI: Protecting the Homeland in the 21st Century, followed 14 months of research, interviews, briefings, and field visits by commissioners and their 13-member staff. The commission—which included former Attorney General Edwin Meese, former Congressman Tim Roemer, and Georgetown University professor Bruce Hoffman—began its review in 2013 at the FBI’s request after Congress called for an appraisal of the Bureau’s progress since the 9/11 Commission issued its recommendations in 2004. A classified draft of the Review Commission’s report was sent to Congress and to other agencies mentioned in the report; the FBI released the unclassified version for the public.

That report, which can be found on FBI.gov, concludes that the FBI has “transformed itself over the last 10 years” and “made measurable progress building a threat-based, intelligence-driven national security organization.” The commission also makes recommendations on where the FBI can improve.

In a press briefing today at FBI Headquarters, Director James B. Comey was joined by the report’s commissioners to discuss the findings.

“This has been a tremendously valuable thing to me as a new Director,” Comey told reporters. “My take, I can divide it into three buckets: Overwhelmingly, I agree with their findings and their recommendations; there’s a small group that I need to study to understand better what it might mean for us; and then there’s a very small group where I respectfully have a different view.”

The Director said the report provides an effective roadmap to keeping the FBI a premiere law enforcement and intelligence organization. “I think being world-class means knowing you are good but never being satisfied that you are good enough,” he said. “I believe the FBI is world-class. [The report] shows us ways that we can be better.”

The report’s key findings center on the Bureau’s transformation since the attacks in 2001. Commissioners focused on elements of how the FBI has adapted over more than a decade, such as the creation of a cadre a skilled intelligence analysts to analyze threats, the retention of good leadership, and the development of cyber capabilities to thwart agile hackers and online threats. 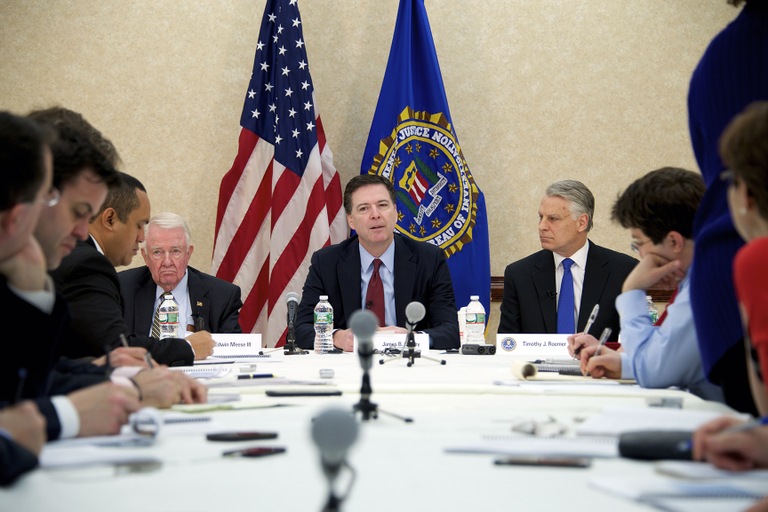 “This has been a major transformation of the FBI in which the intelligence function—which as the Director said has always been there—has been expanded and brought up to date in terms of the threat in a way which was almost exponential,” said Commissioner Edwin Meese. “Some things are necessary, we feel, that will keep pace with the accelerating threat we find around the world.”

The commissioners issued 12 findings, along with recommendations. Topics include information-sharing, cyber security, technology, the Bureau’s legal attaché program, and the FBI’s role in countering violent extremism.

“During the decade and a half after 9/11, the FBI has changed,” said Commissioner Roemer. “It is currently changing, but must urgently and boldly accelerate this change. What we’ve laid out, I hope, is a blueprint for the FBI over the next quarter-century. Over the course of this next century, hundreds of Americans’ lives will depend on it.”

Comey said the FBI’s progress has been extraordinary and that the Bureau was up to the task. “I think this is a moment of pride for the FBI,” he said. “An outside group of some of our nation’s most important leaders and thinkers has stared hard at us and said, ‘You have done a great job at transforming yourself.’ And they’ve also said what I’ve said around the country: It’s not good enough.” 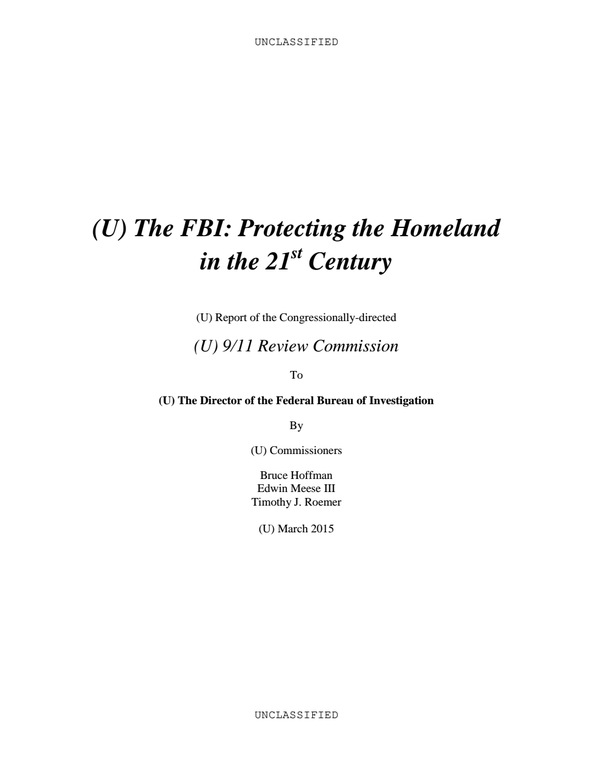 Report of the Congressionally-directed 9/11 Review Commission to the Director of the Federal Bureau of Investigation.
More