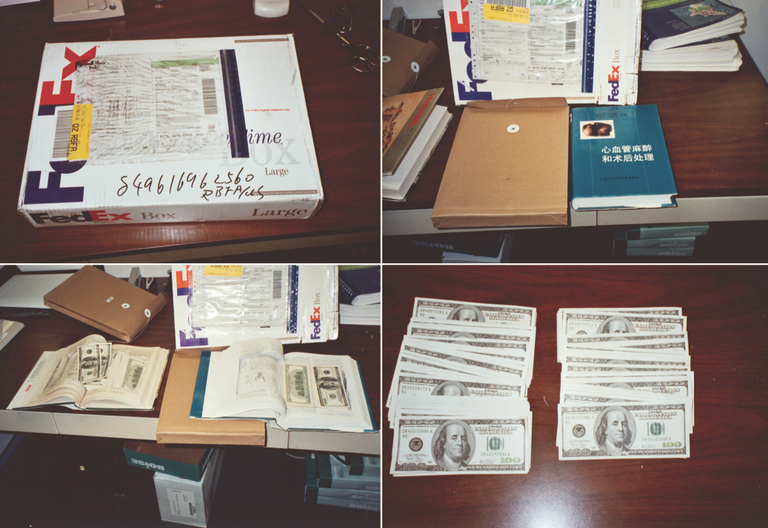 Operation Smoking Dragon and a related case led to the indictment of 87 individuals and dismantled an international smuggling ring that brought illegal drugs, cigarettes, and counterfeit currency into the country—and conspired to bring in Chinese-made weapons as well.

Q: How did you get involved with Smoking Dragon?

Mr. Hamer: The case agent was looking for an undercover agent to help target an Asian organized crime group, and he contacted me. I met with the agent and his informant. The informant liked me and set up a meeting with the person we believed was the largest importer of counterfeit cigarettes on the West Coast. And that was it. I was in.

Q: How did you convince the target that you could be trusted?

Mr. Hamer: My story was that I had inherited my grandfather’s trust and that I was a savvy investor. More importantly, I had a warehouse where they could store the cigarettes, and I had access to long-haul truck drivers and some contacts at the port that might be able to help them get their shipping containers into the country. The bad guys bought it.

Q: How was Smoking Dragon different from other undercover cases you worked?

Mr. Hamer: Most of my undercover assignments were pretty straightforward investigations, from point A to point B. Smoking Dragon was one of those cases that started at A and went all over the alphabet. We assumed it was just going to be about cigarettes. We never thought it would expand to surface-to-air missiles or counterfeit currency—the Supernotes. We didn’t think drugs would be involved or other counterfeit goods.

Q: You started on the case in 2002 and worked it until indictments were handed down in 2005. Was this the longest undercover assignment you had?

Mr. Hamer: Yes. I was undercover on Smoking Dragon for almost three years. As the case progressed beyond the initial target, I was dealing with one target or another almost on a daily basis. I think we added it up once that I had over 1,000 separate conversations during those three years with all the various targets. It was a full-time assignment, although I was working two other undercover operations at the same time.

Q: Why was this case so important?

Mr. Hamer: I considered one of the targets to be the most dangerous man in America. Whatever we wanted, whatever we brought up, he was capable of getting. He brought us the weapons deal, the Supernotes deal. He was doing cigarettes, Ecstasy. He was talking about setting up a crystal meth lab. This guy could put you together with anybody to make any deal. He said he could get us any weapons—anything but nuclear weapons—and I think he could have. Whatever China had, this guy was capable of getting. To me he was dangerous, not in the sense that he could kill you with his bare hands, but because of his connections. He was a broker for everything.

Q: How did you get started doing undercover work?

Mr. Hamer: I reported to my first FBI office in San Diego in September 1979, and within six months I assumed my first undercover role. I always thought it would be exciting to be part of an undercover investigation. We were doing an organized crime case, and I volunteered to go undercover. An informant introduced me to his colleague who would become our target. That very first meeting my knees were shaking so much—not from fear but from adrenaline—I prayed nobody would notice. I met the target, and we hit it off. I came away with an adrenaline high that lasted for the rest of my career. I loved the work and did 20 separate undercover assignments in all, some of which lasted a day or two and some that ran for years.

Q: What does it take to be good at undercover work?

Mr. Hamer: You have to build a story that you believe and that you can sell. You have to love the work and believe in yourself. You’ve got to be quick on your feet, but you can’t dominate the conversation. You have to know who you are both in the real world and the undercover world, because you are on a high wire without a net. In Hollywood you get a chance to say your lines again if you make a mistake. There are no retakes in the real world. If you make a mistake on the street, you might blow the case or risk getting yourself killed.

Q: Do you develop an emotional connection to the people you are investigating?

Mr. Hamer: That’s an issue, but it comes back to knowing who the real you is. You have to be one of the bad guys without becoming one of them. There is a line you can’t cross. You have to walk up to that line, but you can’t go over it.

Q: You retired at age 56, one year after the Smoking Dragon indictments were announced and one year before agents are required to retire. Do you miss the undercover life?

Mr. Hamer: Smoking Dragon was one of the biggest cases I worked. With only one year to go before mandatory retirement, I didn’t think I could top Smoking Dragon, so I retired. I do miss the work. I miss the adrenaline rush of being undercover, but not to the point that I would go work for some private detective agency. If the FBI called me back, yeah, I would love it. I had 26 great years in the FBI.

How criminals use hidden cameras, fake card slots, and other ruses to steal your money at the ATM.