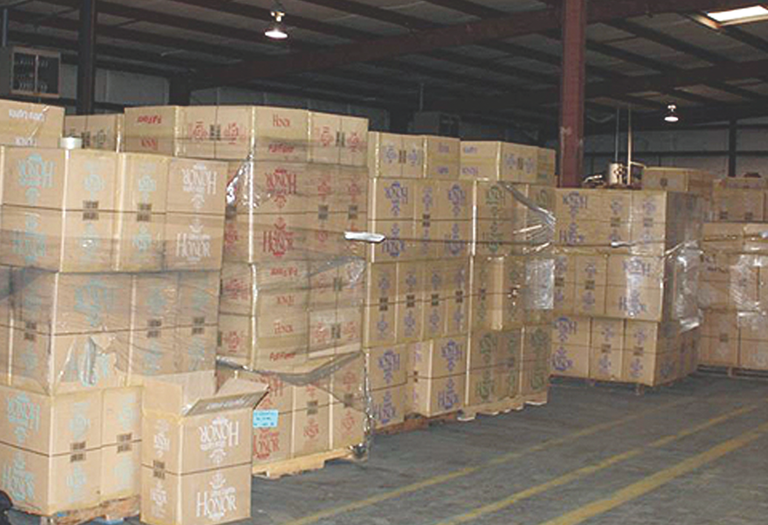 Boxes of seized contraband cigarettes in a Mississippi warehouse.

When the smoke cleared from Major Case 253, a network of schemers trafficking in contraband cigarettes was dismantled, a Mississippi police department earned a new headquarters, and the FBI gained one more partner in the fight against terrorism.

Those three things might not seem related, but then again, Operation Secondhand Smoke is no ordinary case. It began—as many investigations do—when a person of interest in a criminal matter offered information about a larger criminal enterprise, a massive fraud in the cigarette industry.

Working with the Bureau of Alcohol, Tobacco, Firearms, and Explosives (ATF), the Tupelo Police Department, and the Marshall County Sheriff’s Office in Mississippi, we began an undercover investigation into a nationwide network of retailers, wholesalers, distributors, importers, and manufacturers who were avoiding cigarette taxes to make millions of dollars in profits.

“The amount of criminal activity in this case to avoid taxes was just phenomenal,” said Special Agent Carl Cuneo, one of the case supervisors based in our Oxford, Mississippi Resident Agency.

In the tobacco industry, the crime is known as “diverting,” and it applies to those who scheme to avoid the various federal and state taxes levied on cigarette sales. Operation Secondhand Smoke involved the so-called fourth-tier market—not well-known cigarette brands, but off-labels such as those manufactured in Armenia.

Taxes represent the majority of the total retail cost of a pack or carton of cigarettes. By illegally avoiding those taxes—through schemes including hiding shipments from auditors and regulators and creating false invoices, bank, and tax records—the crooks pocketed the tax money they should have paid when the cigarettes were sold.

“Every time you avoid a tax, it’s pure profit,” Cuneo said. “You’re talking about as much as a million dollars of profit in just one tractor-trailer of diverted cigarettes.” The subjects in the case—six have pled guilty so far to a variety of federal charges—made so much money they bought mansions, vacation properties, boats, and airplanes. “During the execution of just one search warrant,” Cuneo said, “we seized $12 million in cash and certificates of deposit. They just had it lying around.”

In one 2009 raid on a warehouse, 28 truckloads of contraband cigarettes were seized worth an estimated $15-$20 million—bad news for the criminals, but very good news for law enforcement. That’s because according to federal law, criminal seizures can be legally forfeited so that cash and property may be returned to victims of crimes or used by law enforcement. (See sidebar.) 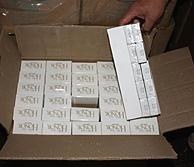 The asset forfeiture program is a nationwide federal law enforcement initiative administered by the Department of Justice and made possible by a 1984 congressional act designed to take the profit out of crime.

The use of asset forfeiture in federal criminal investigations aims to undermine the economic infrastructure of the criminal enterprise beyond arrests, convictions, and incarceration. The law provides the legal authority to forfeit the proceeds of virtually all serious criminal offenses, from terrorism and drug trafficking to child pornography and organized crime.

The FBI is one of several federal law enforcement organizations that participate in the program, and in fiscal year 2010, Bureau deposits to the program totaled more than $800 million.

Part of the seized property in Operation Secondhand Smoke was a 100,000-square-foot warehouse located in Tupelo, valued at $1.6 million. Because the Tupelo Police Department played an active role in the investigation from the beginning, that warehouse is in the process of being forfeited to the town, and will become the site of the department’s new headquarters. (The Marshall County Sheriff’s Department, also part of the investigation from the start, stands to receive as much as $1 million in forfeitures.)

“We’re ecstatic about getting a new headquarters,” said Tony Carleton, chief of the Tupelo Police Department, which has 115 sworn officers. The city plans to demolish the old warehouse and build a new building.

Based partly on the relationships built between the Tupelo Police Department and the FBI during the Secondhand Smoke investigation, one of the newest members of our Joint Terrorism Task Force (JTTF) in Mississippi is a detective from the police department.

“This case really facilitated the relationship between the FBI and the police department,” Cuneo explained. “Everybody worked very hard on this investigation, and the partnerships are continuing to pay off.”

With our many law enforcement partners, we continue to shut down violent and dangerous street gangs.