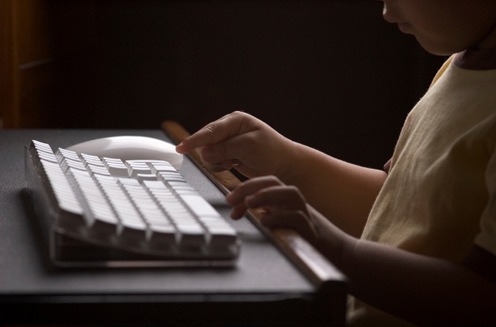 On Wednesday, Europol released the results of its first joint operation with the FBI against international child predators, announcing the identification of eight child victims and the arrest of 17 individuals for child sexual molestation and production of pornography.

Operation Atlantic has led to the identification of 37 child sex offenders in France, Italy, the Netherlands, Spain, and the United Kingdom. The investigation, which began in December 2010, continues as individuals overseas are still being sought.

“Online child predators and child exploitation are not just an American problem,” said FBI Director Robert S. Mueller. “The FBI is committed to working with our law enforcement partners around the world, such as Europol, to combat these horrendous crimes. We share actionable intelligence and resources to keep children safe and bring those who do them harm to justice.”

Sharing intelligence was our primary role in Operation Atlantic, and it was facilitated by our Innocent Images Operations Unit (IIOU) at FBI Headquarters. Agents working covertly set up an electronic dragnet on a peer-to-peer network targeting pedophiles located in European Union (EU) countries and forwarded investigative results to our partners at Europol.

Europol works with law enforcement agencies in the 27 EU countries, along with non-EU members such as the U.S. and Australia. Europol personnel do not have direct powers of arrest, but instead support law enforcement in member countries through coordination and intelligence gathering and sharing.

“Collaboration and cooperation between Europol and our international law enforcement partners such as the FBI are essential if we are to bring members of these child sex abuse networks to justice and prevent the distribution of child exploitation material across the Internet,” said Rob Wainwright, Europol’s director. Noting that Operation Atlantic is the first joint operation conducted by the FBI and Europol in the area of child sexual exploitation, Wainwright added, “Europol is ready and willing to support ongoing and future operations to infiltrate these networks.”

The leads and intelligence gathered by the FBI that formed the basis of Operation Atlantic helped link suspects in five countries to pedophile groups, including the notorious “Boylover” network—the focus of a previous Europol action called Operation Rescue. Subjects arrested in Operation Atlantic included a web of offenders that were producing and distributing images depicting the severe abuse of children—in some cases toddlers and infants.

“These individuals were not just possessors of child pornography,” McNeill said. “Some were previously convicted child sex offenders and were actively engaged in child sexual abuse.” In addition to providing leads to Europol, the IIOU detailed an agent to Europol headquarters in The Hague, Netherlands last summer to help facilitate the investigation.

“Europol is a key and valued strategic partner for the IIOU, and we look forward to a long and productive relationship with them,” McNeill said. “I hope that Operation Atlantic is the first of many future successes. We are working hard to increase our international footprint and to stop child predators wherever they are in the world.”

The State of Financial Crime

The founder of a $7 billion hedge fund is convicted of insider trading. A drug company pleads guilty to making and selling unsafe prescription drugs to Americans.