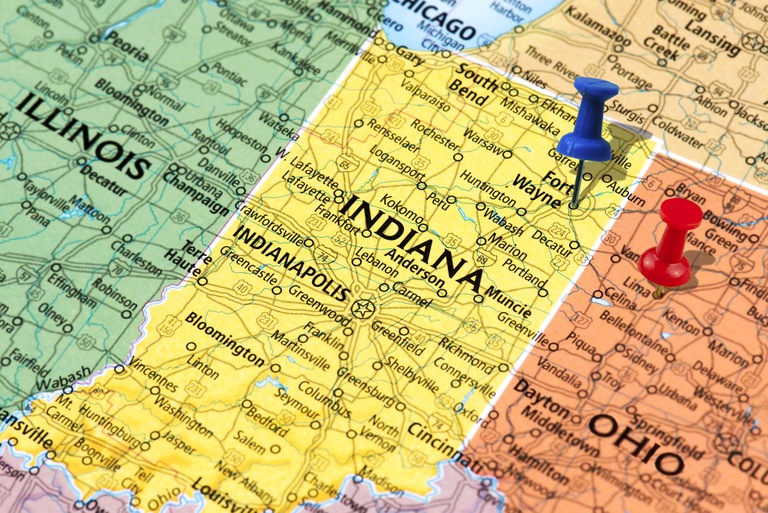 In late 2015 through early 2016, vulnerable girls as young as 14 and 16 were being exploited as part of a sex trafficking ring run by a group of conspirators in Ohio and Indiana.

But thanks to a joint law enforcement effort conducted by the FBI-led Toledo Child Exploitation Task Force, the ringleader of the conspiracy as well as the other six participants were eventually brought to justice and sentenced to lengthy federal prison terms.

The case started in December 2015, when the Lima (Ohio) Police Department began investigating allegations of human trafficking and forced prostitution involving a juvenile victim. One of the Lima officers who originally interviewed the victim was also a member of the Child Exploitation Task Force. That officer—based on his previous task force experiences—understood that the interstate aspects of the case made it a good candidate for federal jurisdiction, which often results in enhanced investigative resources and stronger criminal justice penalties.

So the case was referred to the task force—specifically to Special Agent Devon Lossick, the task force coordinator who works out of the FBI Cleveland Division’s Toledo Resident Agency.

According to Lossick, Lima resident Lorenzo Young was the leader of the group and was assisted, in varying degrees, by his longtime friend Aundre Davis, as well as by his girlfriend, mother, and three acquaintances.

“Members of the conspiracy would go after vulnerable and trusting young girls—usually runaways and others estranged from their families—by promising them money and then coaxing them into posing for sexually explicit photos,” Lossick explained. The photos would be posted to the adult entertainment sections of a classified ads website; when interested customers reached out, the girls would be transported to apartments in Lima or to motel rooms in nearby Fort Wayne across the Indiana state line.

“Especially in these kinds of cases, the victims always come first.”

“And the financial proceeds of the transactions would go straight into the pockets of Young and his co-conspirators,” said Lossick.

Once the task force was on the case, investigators began to question some of the victims, gathered motel records and receipts, reviewed video surveillance, and conducted physical surveillance and court-authorized electronic surveillance on the suspects.

At one point, Young suspected he might be under federal investigation and began instructing his mother to delete text messages and e-mails related to the criminal activity. Young also directed others in the conspiracy to post threatening messages on social media to discourage the victims from talking to law enforcement.

By June 2016, investigators had enough evidence, and seven individuals—including Young—were charged by a federal jury in Ohio. Five were indicted on human trafficking charges, and two on charges related to obstructing the investigation. Five subjects eventually pleaded guilty and were sentenced, but Lorenzo Young and his friend Aundre Davis opted for a trial. Both were convicted at trial in May 2017, and in December 2017, Young was sentenced to life in prison, while Davis received a 30-year term.

Lossick firmly believes that the successful outcome of this case was the result of “strong and collaborative relationships between the FBI and the law enforcement agencies on the task force—especially the Lima Police Department, who we worked with closely on this particular investigation.”

And of the ongoing work of the Toledo Child Exploitation Task Force, Lossick says that “it continues to be successful at getting kids out of harm’s way and giving victims the support they need to get on with their lives.” In the Lorenzo Young case, FBI victim-witness specialists from both the Cleveland and Cincinnati Divisions worked with the juveniles exploited by Young and his crew, providing them with emergency support, crisis intervention help, social services referrals, information about their case, and other victim assistance services.

“Especially in these kinds of cases,” explained Lossick, “the victims always come first.”

A high-profile case involving a longtime board member of Houston Community College serves to raise awareness about unscrupulous officials who violate the public trust for personal gain.

A coordinated action aimed at those who prey on senior citizens has resulted in charges against more than 250 subjects who collectively victimized more than a million people.