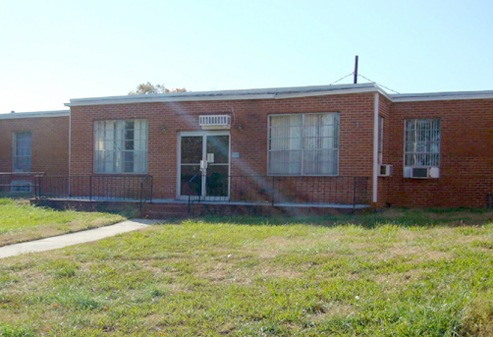 One of the dilapidated nursing homes owned and operated by a Georgia man recently convicted of Medicare/Medicaid fraud.

These were just some of the horrible conditions that elderly residents of three Georgia nursing homes lived under for several years.

The primary culprit? The owner of these homes who, despite having received more than $32.9 million in payments from Medicare and Medicaid for residents’ care, elected to pocket much of the money instead.

But he didn’t get away with it. Earlier this month, George Dayln Houser was convicted in Atlanta of defrauding Medicare and Medicaid. Houser’s accomplice and wife, Rhonda Washington Houser, pled guilty last December.

To receive Medicare and Medicaid payments, Houser agreed to provide his residents with a safe and clean physical environment, nutritional meals, medical care, and other assistance. But as complaints began to roll in from residents, family members, nursing home staffers, and vendors hired to provide services, it became clear he had no intention of doing so.

These complaints led to an investigation by the FBI’s Atlanta office—in concert with the Department of Health and Human Services’ Office of Inspector General and the Internal Revenue Service’s Criminal Investigation. Evidence gathered by investigators and later introduced at trial showed that the services Houser provided to residents were so deficient that the judge determined them “worthless.” It was a precedent-setting case…the first time ever that a defendant was federally convicted at trial for submitting payment claims for worthless services.

When a nursing home bills Medicare and Medicaid for services that aren’t provided or that fail to measure up to basic medical standards, that’s not only exploitation, it’s fraud.

Here are some signs that could point to fraudulent billing by nursing homes:

- Ghost-billing for patients who don’t exist or who have died.

- Offers of free items or services to a resident in exchange for a Medicare or Medicaid number.

- Using inferior medicine or medical equipment for residents while billing for premium services.

- Billing for services and/or equipment not provided.

If you are a nursing home employee or a family member of a nursing home resident and suspect that your facility is engaging in Medicare or Medicaid fraud, submit a tip to the Health and Human Services’ Office of Inspector General or the FBI.

There were other deficiencies in the homes as well, including:

Inadequate staffing: Houser failed to maintain a nursing staff sufficient to take proper care of the residents. Staffing shortages started plaguing the homes after Houser began writing bad checks to his employees, causing many to resign. He also withheld health insurance premiums from his employees but let insurance lapse for non-payment, leaving many with large unpaid medical bills.

Failure to pay vendors: Houser didn’t pay food suppliers or providers of pharmacy and clinical laboratory services, medical waste disposal, trash disposal, and nursing supplies. Kind-hearted employees often used their own money to buy milk, bread, and other groceries so residents would not starve. They also brought in their own nursing and cleaning supplies and washed residents’ laundry in commercial laundromats or even in their own homes.

And while his residents and employees were suffering, what were Houser and his wife doing? Spending their ill-gotten Medicare and Medicaid payments on hotel real estate investments, new homes, vacations, luxury cars, new furniture, and nannies for their child. Houser even gave money to an ex-wife…paying her a nursing home salary (even though she never worked there) and buying her a million-dollar home in Atlanta.

Said Atlanta Special Agent in Charge Brian Lamkin, “The level of greed and lack of compassion for others that was seen in this case reflect the very reason why the FBI, in working with its many and varied law enforcement partners, dedicates vast investigative resources to combating health care fraud.”

And in this case, we were especially happy to see that all three nursing homes were eventually shut down by the state, and residents were moved into better living quarters to receive the care and compassion they deserve.

Adam Mayes, wanted in connection with the recent kidnapping of a mother and her three daughters in Tennessee, has been added to the FBI’s Ten Most Wanted Fugitives list. Bodies of two of the kidnap victims were found last week, but two girls—ages 8 and 12—remain missing and are considered to be in extreme danger.