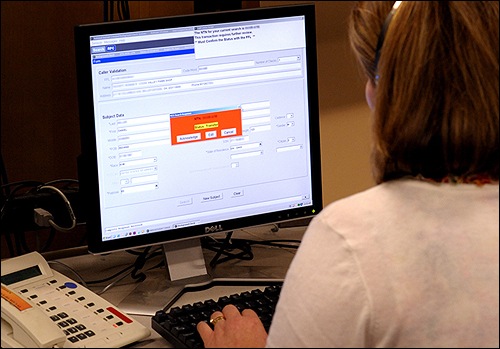 Fifteen years ago, on November 30, 1998, the FBI flipped the switch on the National Instant Criminal Background Check System, or NICS, a provision of the 1993 Brady Act that requires background checks on individuals purchasing firearms or receiving them through some other means.

The goal at the time was to disqualify any transfers of firearms to ineligible individuals while at the same time ensuring timely transactions for eligible individuals. Today, as the FBI-run background check system marks its anniversary, successes are seen daily and in real-time on both fronts.

Since its inception, the NICS has processed more than 177 million background checks requested by gun sellers, or federal firearms licensees (FFLs). On its busiest days, the system processes more than 10,000 automated checks an hour across 94 million records in FBI criminal databases, including the National Crime Information Center (NCIC), the Interstate Identification Index (III), and the NICS index of 11 million individuals who fall into certain categories that prohibit them from receiving firearms (see sidebar). Nine out of 10 NICS determinations are instantaneous, so FFLs know immediately whether to proceed with transactions or deny them. To date, NICS queries of criminal databases have resulted in 1,065,090 denials, with 88,479 in 2012 alone.

“The statistics for denials can stand on their own with regards to how well the system works in keeping firearms out of the hands of those who shouldn’t have them,” said Steve Fischer, a spokesman for NICS, which is run by the Bureau’s Criminal Justice Information Services (CJIS) Division in West Virginia.

The most common reasons for denials are prior criminal convictions, domestic violence, drug history, and fugitive status.

In 37 states, NICS background checks are conducted by the FBI when purchases are initiated at one of the country’s 46,895 licensed gun sellers. The sellers contact the NICS online through an electronic system or through one of three call centers, which run the names against the databases. Thirteen states perform their own background checks by utilizing the NICS.

While most NICS checks return immediate dispositions of “proceed” or “deny,” about eight percent are delayed, usually because of incomplete criminal history records. By law, the NICS section must make a determination within three days or the transaction may be allowed to proceed. It’s during that period that NICS staff research missing information to update the records and create a clearer picture of applicants. Last year alone, the NICS section filled in the blanks on more than 34,000 incomplete criminal history records and then shared the information with state agencies.

In addition to firearms, the Safe Explosive Act of 2003 requires background checks as part of the licensing process for individuals shipping or receiving explosives. The requests are submitted to NICS by the Bureau of Alcohol, Tobacco, Firearms, and Explosives (ATF), and the ATF makes the final determinations. To date, NICS has processed more than 700,000 explosives background checks; in 2012, NICS processed 148,856 checks and denied 3,077.

NICS employs nearly 500 people and operates 17 hours a day (8 a.m. to 1 a.m.), 364 days a year (closed on Christmas). The system can—and does—routinely process more than 80,000 requests a day. Last December, NICS processed 2.7 million background checks—177,170 in a single day on December 21. According to a 2012 NICS report, the highest volume of background check requests usually occurs on the day after Thanksgiving.

The 10 prohibitive categories for receiving a transferred firearm apply to any individual who: