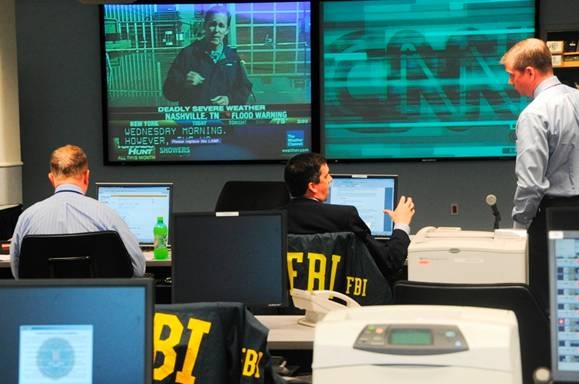 Members of the FBI New York’s JTTF in the Joint Operations Center immediately following a May 2010 attempted bombing in Times Square.

It was a spring afternoon in 1980 when a special agent from the FBI’s New York Field Office and a New York City Police Department official met for lunch to discuss how to combine their expertise to track down terrorist organizations responsible for a wave of violent attacks in the city.

That meeting led to the pooling of both agencies’ resources into a group that became known as the Joint Terrorism Task Force, or JTTF. And last week in New York, the FBI and NYPD celebrated the work the JTTF has been doing ever since.

In a December 1 ceremony at the FBI’s New York Field Office marking the JTTF’s 35th anniversary, FBI Director James Comey described the New York JTTF as the “granddaddy of them all” in a recorded video message shown at the event. “This was the one that started the model, that helped bring the NYPD and the FBI together in ways that people never thought possible,” said Comey.

The JTTF concept has expanded from its roots in New York to 104 cities nationwide. Now approximately 4,000 members from more than 500 state and local agencies and 55 federal agencies work together to investigate and prevent domestic and international terrorism. Made up of highly trained investigators, analysts, SWAT team experts, and other specialists, these groups of law enforcement and intelligence personnel are the front line in the fight against terrorism.

Since its inception in 1980, the New York JTTF has been instrumental in this fight. It has aggressively investigated criminal activity, including a 2007 plot to bomb John F. Kennedy Airport, a 2009 plot to attack New York’s subway system, and a 2010 attempted bombing in Times Square. The New York JTTF also took part in investigating international events like the U.S. Embassy bombings in East Africa in 1998 and the 2000 terrorist attack on the USS Cole in Yemen.

Lethal attacks like the 1993 bombing of the World Trade Center and the tragic events of 9/11 created a need for JTTFs nationwide to increase their investigative resources and collaborative efforts to combat terrorism on a national and international scale. The New York JTTF has provided an effective framework for other task forces to follow. 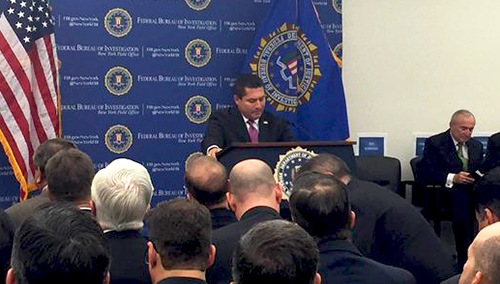 “Here in New York, we have the largest JTTF in the country and we could not expect to thrive without the support of our local, state, and federal agencies,” said FBI New York Assistant Director in Charge Diego Rodriguez at last week’s ceremony. “It’s through partnerships like this that we continue to explore a multifaceted approach to fighting crime.”

Today, these interagency teams of experts are working across the country to prevent terrorism. JTTFs are responding to leads, gathering evidence, and sharing intelligence amongst numerous local and state law enforcement agencies as well as federal organizations such as the Department of Homeland Security, the U.S. military, Immigration and Customs Enforcement, and the Transportation Security Administration.

“The JTTF brings together the resources that have made us successful in fighting terrorism,” said Director Comey. “The threat that we face today is one that the JTTFs were made for. It’s a threat that’s dispersed and very hard to see. We need the help with resources and surveillance. We especially need the eyes and ears of our local partners. Our being knit together through the JTTF is the strength of our response.”

In December 2005, the FBI initiated the takedown of a domestic terrorism group tied to more than 40 criminal acts and causing more than $45 million in damages.

Director Comey announced that the FBI is assuming a leadership role in the investigation of the mass shooting in San Bernardino, California, which has been deemed an act of terrorism.